Mumbai: KASHISH, India’s biggest queer film festival, this year features 120 films from 30 countries with the highest number of features yet – 23 features! Added to this are loads of shorts packages that are exciting, intriguing and evocative.

While the popular shorts packages like Girls Shorts (a mix of lesbian themed shorts), Rainbow Warriors (about queer people who have made a difference), Indian Masala Mix (exciting shorts by young Indian filmmakers) and Red Ribbon package (films on HIV/AIDS), there are several new packages like Urban Longings (about meetings and departings in a city), Unfair Games (homophobia in sports) and Family Ties (about the queer person and their families).

An interesting entry is a package of animation shorts titled QToons that provides a guffaw, a sigh, a giggle and many laughs. Making this year exciting and intriguing are shorts that feature even zombies, werebears and a gay superhero.

Here are 10 must watch films at Kashish this year: 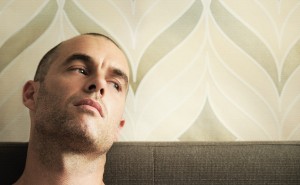 Two former lovers, Troy and Jonathan, reunite after a long-ago painful breakup. After spending several years in  Spain, Troy returns to Los Angeles and decides to phone Jonathan and meet for coffee. A seemingly innocent rendezvous turns into an attempt to revive the past. Only this time it’s not that simple, as Jonathan has a new beau, Raul, and is trying to make the right decision a second time around. The film jumps times and perspectives and offers overlapping story lines to project circular feel and repetitiveness. With subtlety, “August” explores themes of timing, interlacing of emotions, and the complexity of making choices. It won the Best Feature at Iris Prize, the world’s biggest LGBT prize.

Set in 1960’s underbelly of Paris, adapted and directed by Laure Charpentier from her own novel, Gigola is a story of a mercurial woman who abandons herself to the sensual world of Sapphic desire. After her lover’s suicide, an emotionally aloof Georgina butches up as Gigola and becomes part of the notorious nocturnal life of Place Pigalle. Her encounters with an infatuated and aristocratic Odette who keeps showering her with riches, makes her wealthy. Using that money she tries to free a fellow prostitute from an Italian gangster-pimp’s ownership, and in the process falls in love with both of them. Starring the gorgeous Lou Doillon who exudes sensuality and vulnerability equally and the rugged and handsome Eduardo Noriega (whose film ‘Burnt Money’ is also screening at KASHISH this year), the film even has a saucy musical number performed at a lesbian nightclub. Celebrated French actress Marissa Perdes makes a fabulous cameo as Odette, a wealthy, older aristocrat who lavishes Gigola with money and sports car in return for sexual favours. This movie is classy and saucy with an interesting take on hustling.

A tale of chaotic relationship of the unequal couple of Ernst and Tobias. Though opposites attract, respectable banker Ernst is often unsure, whether bubbly and always cheerful Tobias takes their relationship as seriously as he does. Soon their relationship is put to a test by the sudden visit of Ernst’s eccentric female friend, Uta. She schemes to drive a wedge between the pair, forcing Tobias to rise to the challenge, with a little help from his friends to checkmate this unwelcome guest. An upbeat sitcom with a fun ensemble cast and vibrant images of gay Berlin make it a memorable tale of love, friendship and loyalty. It’s a time to laugh, cry and fall in love.

4. MY LAST ROUND (Original Title: Mi Último Round)

Every chance is worth fighting for! Set in a machismo-centric town of Southern Chile where homosexuality is taboo, the film follows the love story between Hugo, a young kitchen hand and Octavio, a middle-aged local boxing champion. When Octavio is advised never to box again for risk of permanent brain damage, the couple moves to the capital Santiago, hoping to live their love – secretly defying it from the hostile outside. But nothing turns out as planned: the romantic advances from his new boss’s daughter threaten to unravel Hugo’s relationship with Octavio, while also serving as the catalyst to drive Octavio back into the ring for one last fight. My Last Round is an astounding and heartfelt story from Latin America, a quiet, sure-handed meditation on a working class relationship between two men.

OWLs stands for Older Wiser Lesbians, aging revolutionaries who are caught between a culture that still has no place for them, and a younger generation indifferent to their contributions. This film, an experimental thriller/ film noir is about four OWLs who accidentally kill a young lesbian and hide the body, without reporting it to the authorities. Their guilt and long-kept, dark secret comes back to haunt them, as an unexpected stranger shows up in their lives, bringing tension and discord. Little do they know that this mysterious stranger has a plan which includes all four of them. A funny, humane look at the bonds that restrain, and the dreams that remain. Created through a participatory film making process with an all women cast and crew, ‘The OWLs’ is a narrative/documentary hybrid style that entwines scripted dramatic action with commentary by characters and actors. In this way, the literal collective of lesbian/queer artists who made The OWLs also influence the meaning of the film, reflecting the community relationships that have been so defining in the growth of this generation. 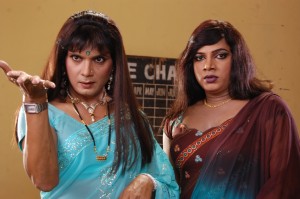 Inspired by the life of India’s most well known transgender person Laxmi Narayan Tripathi, the film is a poignant tale of the stigma and discrimination faced by transgenders among their families and in society; and how with the help of a support structure, they can be empowered too. Bablu, an adoloscent, encounters a strange feeling of being a woman trapped in a man`s body. And with this, begins his painful journey. Abandoned by the family and the society, Bablu has nobody to turn up to, except for the community of eunuchs. He takes refuge in their world which is a very different world altogether, with a different system and different traditions. But here he finds love, courage and inspiration from Anu, an outspoken transgender activist who is fighting with the society for assertion of identity and rights. Anu and her followers challenge the society and system and seek recognition and respect for their existence within the social mainstream. Featuring a cast from Marathi film and theater, ‘We The Outsiders’ is a realistic portrayal of the third gender. 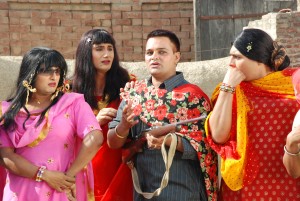 A blockbuster comedy that KASHISH has dug out from the Punjabi mainstream cinema! Moti Dogar, the local Robin Hood of a village is shot down while saving his entire village from being sold to the Village headman. Subedaar Tota Singh, a retired army man manages to keep Moti’s death a secret. Before the headman’s goons could forcibly get the entire village vacated, Tota Singh even finds a look-alike of Moti. The only hitch is that the look-alike is a hijra. Will this hijra be man enough to save the villagers from getting homeless? The film’s ‘right-in-your face’ comedy punctuated with songs and even a laughter track, is surely not niche cinema, but a not-to-be missed film just because it has its heart in right place. For once, this is a film that doesn’t cry about how society treats hijras, but where hijras are needed by the society!

8. TALES OF THE WARIA

Tales of the Waria

Indonesia is home to the world’s largest Muslim population. It is also home to a community of transgender individuals known as Warias, biological men who live openly as women. TALES OF THE WARIA follows four characters from this little-known community as they search for romance and intimacy. At times comical and at times heartbreaking, the film uncovers a world that not only defies our expectations of gender and religion, but also reveals our endless capacity as human beings to search for love – whatever the consequences.  This eye-opening multiple award documentary, shot in the scenic coastal region of South Sulawesi, takes us to nightclubs, salons, and into the characters’ homes and hearts, to offer glimpse of a life, culture and community that is rarely talked about and often misunderstood. 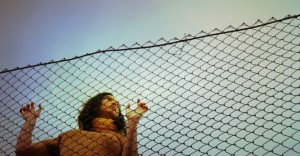 The film documents the gender transformation of Maya Jafer, known to her blood relatives as Mohammad Jafer.  As a devout Muslim, daughter of an abusive father, immigrant from India(Chennai) to the US, holistic medicine practitioner, and holder of  TWO (not one) PhDs, Maya has had to meet a lot of challenges in her life. Her whole life, Maya has had to fight to be the person that she really is. Shot in vérité style, this film is an honest and truthful first-hand look at the real life struggles and joys Maya, and indeed other transgenders face when undergoing their own rites of passage towards fully realized self-hood.

How far would you go to win back the love of your life? Perhaps send flowers, write poetry or even serenade that man of your dreams until he can take it no more? Paul, a hot but self-centered hunk and ad executive has other, more extreme ideas when sensitive hunk Brad drops him and begins dating another man. Not used to losing, and determined to regain his love, Paul decides to pretend to have a life-threatening illness in what he sees as a foolproof method in ensuring Brad’s return. But will the tangled web he weaves, get him in hot water rather than in to the arms of his hot man?