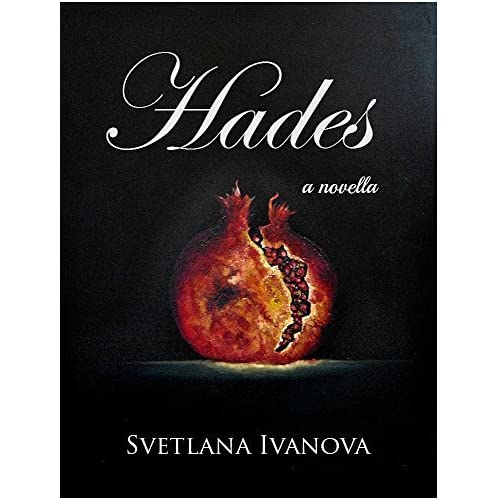 Reading mythologies in translation can always be a gamble, for instance, I started learning about Greek mythology since the age of seven, but it took me another ten years to figure out Zeus was pansexual chaos and definitely a serial sex-offender, or that Artemis was not really celibate but more of a goddess who loved female companions. Moralists around the world have always downplayed and tried to erase these existing queer narratives. The most popular among the Greek myths is the abduction of Persephone; some find traces of Stockholm syndrome in this myth and some see a tale of empowerment, but mostly it is visualized from the masculine-feminine lenses of inevitable death and tender life.

So imagine my surprise when I found a same-sex retelling of the myth that I am so well versed in (my mythology background is strong) on Kindle Unlimited! The starving pansexual in me has waited so long for such narratives to pop up ­– generally we satisfy these cravings in the obscure realm of fanfiction. But no more, we have retellings of myths and more LGBTQIA stories finally flooding the world in.

Svetlana R. Ivanova’s novella Hades: Goddess of the Underworld fits right in the shelves of light reads, yet with a slight pinch of eroticism. The story begins as usual with Demeter being the overprotective mother and Persephone being the naïve little daughter-goddess who has yet to come into her full power. But here Hades is not m ale, but a female god who scares the living daylights out of Zeus. Clad in black, pale as ash, and grim; she exactly has the same personality from myths but is just a female. And reading it as such doesn’t feel odd or forced in the name of political correctness .Time and again we have changed the biological sex in adaptations like Prospera in Julie Taymore’s The Tempest and recently Dame Judi Dench as Commander Root in Artemis Fowl movie adaption or Genderfluid Loki in Marvel Comics.

Gender and Sex debate should end at that, it should never matter after a while. So Hades the goddess of Underworld takes a fancy to the flighty Persephone and as usual copies her brothers, forgetting the rules of consent and courtship. She kidnaps Persephone and becomes hell-bent on making the spring goddess her wife. While Demeter curses the nymphs and brings winter to the world, Persephone stuck in Underworld has her own stubborn stride and few misadventures.

I loved the part where Persephone helps Sisyphus by holding his rocks, and helps another damned soul drink water, but doesn’t realize that her one act of kindness makes the burden of eternity unbearable. She has her goddess moment where she turns nymph Minthe into mint plant. I really wanted to see Persephone more in action-heavy scenes like this, she after all is the bringer of death! Both she and Hades were limited to the trope of good-girl-falls-for-the-bad-boy-in-black narrative, though it is definitely ‘bad girl in black’ here. Though the chemistry and romance build–up is strong in the book, I wanted the innocent goddess to do more than glance confusingly with longing at the broody goddess of the Underworld. Why is it so hard to show that the innocent too wants to ravish instead of waiting to be ravished by the domineering partner? On the plus side, the way the author kills me with slow burn, slow kisses, feather touches, ripping togas to revel ample bosoms, and interrupted moments of intimacy should be banned! They torture the reader so much.

A few minor quibbles: the author doesn’t depart too far from with the established narrative and has missed some grammatical errors. In any case, despite the story’s potential for a much larger readership, self-published authors don’t always have the luxury of a copy editor or a publicist.

But they did a good job with the consent element of this story­­—it was well illustrated and emphasized because expecting an angry goddess to understand rejection right away is too much, yet Hades reforms. And I love a Hades–Persephone myth, where consent makes the love-laws after the initial bad beginning. Overall it was really fun novella that one can enjoy without going too deep into the integrities of language and love politics. And at only 80 pages long, you can finish reading it within an hour and feel simply happy because eventually, that wedding night is worth the wait.