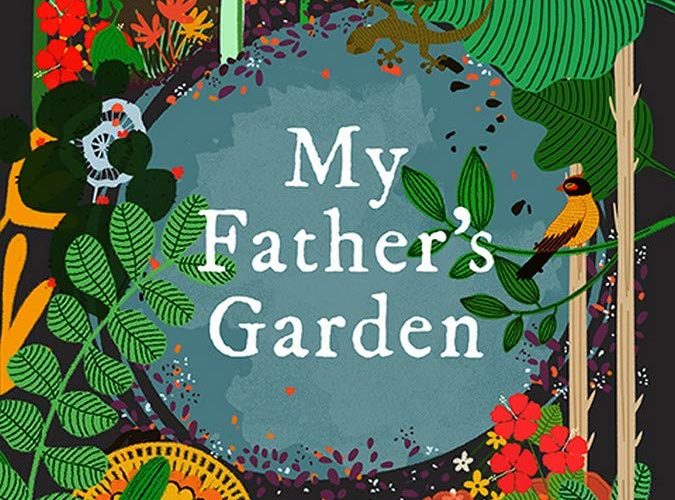 How important is a kiss? For every hetero-normative tale that I have read and watched, the build up to the first kiss is crucial, it is desired and most importantly it is special. First kiss can never be forgotten, it can be bad or too good, but it stays with the person forever. But a kiss is a luxury and a sacred commodity for the heart that doesn’t walk straight. My Father’s Garden by Hansda Sowvendra Shekhar brings the known tropes of queer literature home and spins a tale that breaks the heart anew.

Broken and written in three parts, the story waltz through known faces of masculinity in the form of Lover, Friend and Father. Though the book has been dubbed as coming of age story and novel of self discovery, this book is so much more. It is a story of desire to belong. Our identities are so conflicted that in moments of private lives we desire to belong to someone or something, the nameless protagonist, a young doctor juggles between his identity as an Adivasi man, a dutiful son and as a lonely gay man.

The narrator, when in Medical College, falls in love with Samir, a gym going hunk that chews pan and refuses to kiss the narrator because a kiss is reserved for someone special. While they have passionate sex and Samir in drunk moments makes public display of his attraction by kissing the narrator’s ear and neck, in their private lives, their love life is limited to sex and devoid of love. A kiss on the mouth is saved for the conventional life Samir wants.

Though later the narrator has sex with other men who kiss him, the rejection and heartbreak caused by Samir haunts the rest of the book. The second part of the novel, called Friend is deliciously descriptive. Set in the small town of Pakur, the narrator observes the natural land rapidly changing into an industrial hub. In his new posting he befriends Bada Babu, a clerk from his hospital, and the friendship they form has multiple social aspects to it. And being friends with these local strongmen is the key to success. This friendship helps heal the heart of the narrator, but the price of comfort is too steep.

The third part is about Father, written by a narrator who idolized his father, a chemist turned failed politician and now a garden enthusiast. Though the father and son had a good relation while the narrator was growing up, over the years this relationship had strained by not talking enough. It is implied that narrator’s father is aware of his sexuality but it’s not a topic of discussion, like his own Santhal identity was not up for discussion in college because he passed off as someone posh and too refined.

I loved the language play, unlike English or Bengali which doesn’t have much of gender in its syntax; the use of Hindi now and then in the text showed us how the traditional two-gender dichotomy seeps in a relationship between two men. Samir calls the narrator ‘Jaan’ and uses other feminine pronounces and names and places himself in the masculine side of language. Samir in his ideal imagination is Salman Khan, a hyper masculine actor who never kisses his actresses on screen and the narrator is his Katrina, his never complaining and accommodating partner. For Samir sexuality is a binary despite him having regular sex with the narrator, Samir’s denial of his sexuality and attraction is on the basis of narrator’s biological sex: ‘Only if you were really a woman,’ he replies when narrator asks Samir to marry him.

How many times has a queer person heard this very comment? ‘Only if,’ is the tragedy of our lives. There is always someone who wishes; that we were not who we are so that loving us for them become easier! The Narrator wants to belong but for narrator’s father his garden is the child that doesn’t disappoint, for Bada Babu he wanted a friend who could overlook his shady side and for Sameer he wished the narrator was a woman.

Some issues I found in the books were on my second read, this world of the narrator is closely guarded by men, and there is passing reference to Moti, Samir’s girlfriend, Bada Babu’s wife who cooks mouthwatering food and his own mother; a doctor and an incredible woman both the narrator and his father admire. Women have very little to offer in this world of men where power, money and sexuality intermingle. The Blurb or the jacket text should’ve been better written as it gives away the entire story in less than 200 words! And there are some typographical errors which should go get removed in its second print run.

My Father’s Garden, presents a story that shows how we as society failed to love and accept, be it in a city like Jamshedpur or a town like Pakur.