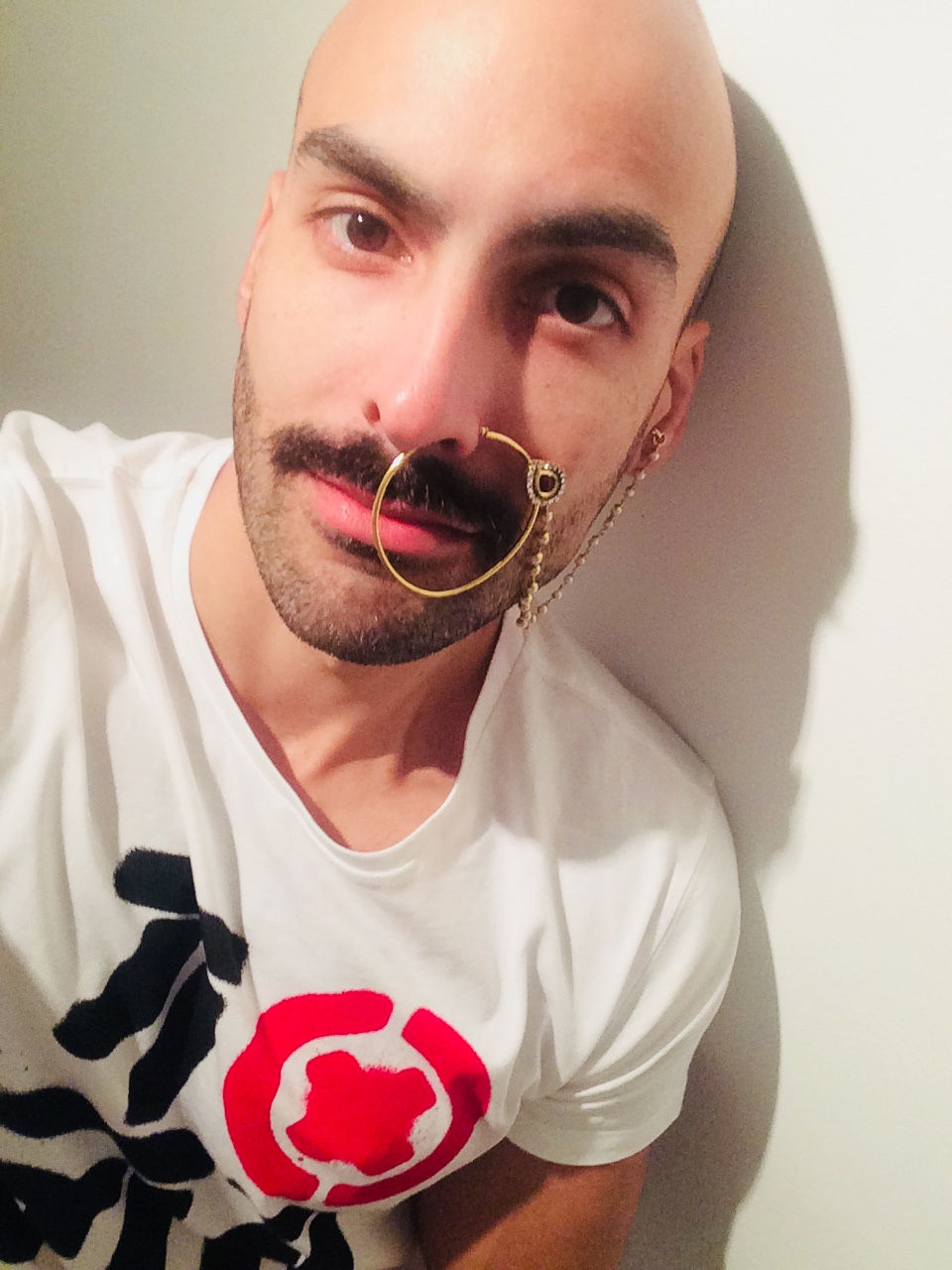 Most likely it was the Mughals who first brought the nath to India.

Eventually, it was included as Indian culture. It is now part of the traditional jewellery worn by Hindu brides.

On the wedding night

a groom will remove my nath

and I will remove his.

“Poetry Is Possible” is a new poetry book by Vikram Kolmannskog. It is coloured by Vikram’s identity as a gay, spiritual, Indian-Norwegian man. According to Udayan Dhar, founding editor of Pink Pages, “Vikram’s poems are lyrical and honest. Many of them beautifully capture the queer Indian experience in a way that has rarely been done before.”

Vikram has been a regular contributor to Gaylaxy, and some of the poems in his latest book have previously appeared here and other places. Nath is among the new poems included in the book.

“Poetry Is Possible” is available as ebook and in paperback.

You can buy the book on amazon here