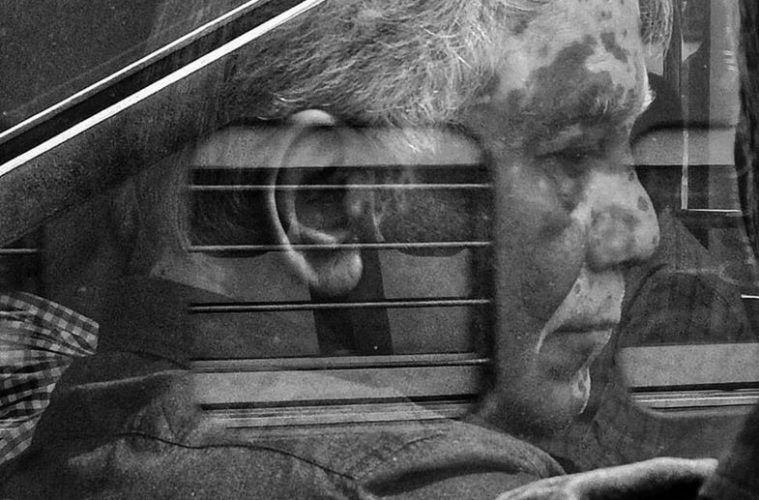 In 2011, Arshad had a nightmare. He was driving through a forest with his younger brother Mani. It was raining very heavily. All of a sudden, they came across a monster. The monster was wearing a blue colored outfit. Mani stepped out of the car and the monster came close and was staring Arshad right in the eye signaling to get Mani back in the car or it will get bad. Arshad woke up shaking. He called up Mani who was attending a wedding in Pakistan. Arshad asked Mani to keep an eye on someone who is wearing a blue colored outfit. Mani said all the women at the wedding wore blue colored outfit which was trending then.

Abu was passionate about art and loved music and cinema and was an avid photographer. In his youth, he always used to carry camera around his shoulder. He had a keen eye for composition, captured beautiful landscapes and faces, of course of beautiful women. Arshad got his love of cinema from him. Abu loved technology and the house had all the latest gadgets and cameras. Arshad’s family was the first in the neighborhood to own a VHS camera in 1981.

In 1947, the British partitioned India. Hindu majority became India and Muslim majority became the Islamic state of Pakistan. Abu was a 10 year old orphan along with 4 siblings – they were forced to leave the house and return to Pakistan. As soon as he could, he tried to get into Pakistan Army. Abu graduated top of his class – in Electrical and Mechanical Engineering. Army became Abu’s surrogate family. It offered him honor, dignity and respect. Abu devoted his life to serve the Army and decided to be alone. Abu and Ammi came from different backgrounds. Ammi had 5 brothers and 5 sisters and Ammi was the eldest. In the mid 70s, Abu became a civilian. He took retirement from Army opting to be an independent contractor to start his own business. It was the 80s, Abu’s business was booming, he was happy and so were the kids.

Asma argued incessantly with Abu over personal freedom and liberty. Asma was an idol – she was left free to go horse riding, she was an unapologetic artist – a painter who taught Arshad to draw. When Abu and Ammi fell asleep, Arshad and his sisters turned on the music loud and danced.

Arshad was different and he was pretty sure that he was different from the men around. He cared a lot about how he looked. He once asked his mother at a shoe-store to purchase red shoes. He was such a Mama’s boy.

Arshad used to dress in girl’s clothes. A guy from the neighborhood took advantage of it and said we are going to play a game. He molested Arshad. Arshad was just 5 years old. Abu didn’t quite know what to do with Arshad and advised Arshad to be tough. Arshad hated being tough. Before he knew it, his sisters were of marriageable age.  Marriage seemed to be an ultimate goal. Arshad also dreamt of becoming a groom one day. Arshad’s father fantasized about how they would dance at Arshad’s wedding. When Asma decided to get married, Arshad was 10. Soon after, Abu’s business troubles began.

Their family moved from Islamabad to Rawalpindi. Arshad lost almost all his friends and had to change schools. His teenage years were a mess and he hated himself, but didn’t really understand why. There was no one to talk to and share his pain with. One day, he was sitting with a friend who lived upstairs when out of the blue he kissed Arshad on the lips. Arshad was startled. Arshad wasn’t really attracted to him. His mother saw them. She said never to commit such a bad act again. In Pakistan being gay is an insult – a slur. Gay people stay invisible. Abu once told Arshad there are no gays in Pakistan.

Arshad hated most of his life. The boys he wanted to fool around hated him and Arshad never associated sex with love. He fell in love with a school friend, Elvis, who hated his father and found comfort in Arshad – an upper class sissy who needed to be loved. Elvis and Arshad took a train to Lahore and spent a beautiful night together in each other’s arms. They were there for a week holding each other’s arms and growing bolder in their intimacy. Like all good things, this too came to a crashing end. There was no one he could confide in. One day, a friend asked Arshad why he was so miserable and did not hang out with Elvis anymore. But he said it must have been love which is over now. He laughed and teased him mercilessly.

Arshad’s family had relatives in Canada and decided to move to Canada. He missed home. Their first meal in Canada was takeout pizza. They moved to a small house in a quiet street. To the right lived an elderly Italian couple with a daughter. She was mean. Across the street were an Anglo-Canadian family who never made eye contact with them, let alone become friends. Abu moved lawn in the backyard. And mother collected grapes and gave it to the Italians who liked to make wine. Arshad expected high school in Canada to be a place right out of Archie Comics. There were no South Asians. He had a serious identity crisis. It was a shock as he was brown and another shock – being a Pakistani. All the classmates used to throw the word gay in reference to Arshad. He couldn’t believe he could not be normal. He did not even know the word “gay” then.

Arshad’s sister was getting married. Someone asked how he felt about getting married. Arshad said he likes it and he is getting a brother-in law. Arshad had no friends at school and there was nothing much common
with school friends. He tried dating girls, their relationships rarely moved beyond platonic. When they tried, it was akward and confusing for both of them. He came out – to his younger brother Mani. To the rest of the family, they didn’t need to know.

During Ramadan, the holy month of fasting, Abu would spend several nights at the local mosque. One night he had a dream. Three people dressed in white robes came in front of him with prophecies. First man told – before Abu dies, he must visit Al-Aqsa mosque in Jerusalem. The second man told him to perform a piligrimage in Mecca, Saudi Arabia. The third informed Abu that he would die at 3 a.m. The only person that Abu shared his prophecy with was Ammi and she kept it a secret. Abu and Ammi spent winters travelling and summers at home with their grandchildren.

They soon went to visit Jerusalem, accompanied by Arshad’s nephew. Ever since Abu’s dream prophecy, Abu had started to work extra hard to make Ammi happy. It was the first time Arshad felt his parents relationship was harmonious.  Abu may not have been an ideal father but was an exceptional grandfather. Asma and her husband started a South Asian event in Missisauga. Abu was proud of her.

Abu suffered from a lung disease due to exposure to asbestos as he worked in a construction company. Abu fulfilled his second dream by taking Ammi to the pilgrimage in Mecca. Ammi and Abu had a good time but Abu contracted a serious viral infection. Abu became extremely ill and was rushed to the hospital. Abu’s lungs were failing and he was sinking.  He could no longer speak. Abu’s 75th birthday was celebrated in the hospital. He was dressed up in a blue gown – which had the same color as the monster which had come in Arshad’s dream. Arshad asked his father, who was on his death bed, whether he was angry with him. He shook his head and said “No”. Arshad asked whether he has disappointed him as a son and again he said “No”. Abu asked Arshad to give him a piece of paper in which he wrote “I love my children”.

Later that night, they got the call from the hospital that Abu had died and the doctor announced the time of death – it was 3 a.m. Abu’s prophecy fulfilled. Arshad and his siblings washed Abu’s body and Arshad’s uncle prepared him for burial. 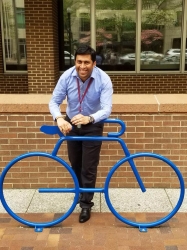