A Place To Call Home 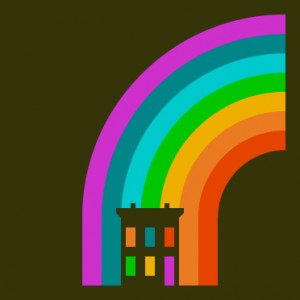 Twelve years ago, Sachin Jain was a young gay man in Mumbai who wanted a place to live. It was his first time living away from his family. Apart from the difficulties that a paying guest faces in Mumbai, Sachin had to face an additional one of homophobia. “A snoopy neighbour aunty would actually peek into my living room through the peephole on the door, and once I peeped right back! As I talked to gay and lesbian friends who also rented, I heard stories about hostile housing societies and bigoted straight room-mates,” he says.

Sachin could not feel free in his own house; he did not feel comfortable inviting his friends or partner over. He felt the need to hide his belongings or keep them locked up at all times. “The worst thing was the necessity to hide oneself in the closet, or become this sex-less, sexuality-less being languishing in the shadows of don’t ask – don’t tell,” he recalls.

Within four months, Sachin moved out of the place. He knew then that he did not want loneliness. This is what pushed 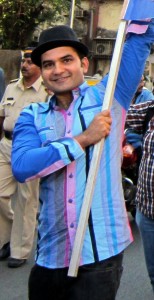 him to establish Gay Housing Assistance Resource, or GHAR in the year 2000. “I remember in the initial years of GHAR, Sopan, a friend, gave me a ceramic house as a gift with “Ye tera GHAR” written on the bottom – I have kept it with me for over a decade!” he reminisces.

GHAR faced a few glitches before it could establish its own ground. Guised and direct personal advertisements for sex were one of the nuisances. Even with genuine advertisements, the group did not have enough member support to be able to help each other out.

Even in developed metropolitan cities in India, acceptance of openly homosexual people, especially in residential complexes is to be achieved. The society by and large has opened up to acknowledge LGBT rights, but is not liberal enough to accept homosexuals living within their vicinity. This is changing, slowly but surely. GHAR has been pretty much left to its own devices. More and more people coming out of the closet has surely helped, but the attitudes of the authorities have been beneficial in making the atmosphere a lot friendlier towards the LGBT and GHAR.

“Many people come up with thoughts for the road ahead, being afraid of loneliness in old age. There is a constant refrain of the need to create a place where families of choice of LGBT persons can live peacefully and with dignity, so that they are not forced to retreat into the closet if their productive years are behind them,” says Sachin Jain.

Apart from social networking and changing attitudes, Sachin’s patience and perseverance has been vital in the success of GHAR. “Humour is the best way to cope with it. Share your stories, have a laugh and move on. Also, getting in touch with the queer community from the developing world – knowing that there are countries with the death penalty for being gay, where activists are holding pride parades nevertheless – is also inspiring.”

GHAR now provides housing assistance to people in six Indian cities as well as USA and Canada. The facebook debut of GHAR in 2012 has skyrocketed, with 600 new members and 30 new posts. To find a place on GHAR is simple enough. After sending a request to join the Facebook group called G.H.A.R. (Gay Housing Assistance Resource), you will be added to the group by an administrative member. You can then post your advertisement for letting or renting by creating a post. The group also suggests estate agents and LGBT-friendly property websites. Searching for LGBT housemates and emergency asylum are two outstanding features of GHAR.

Sachin feels that there was a noted difference in people’s attitudes after the decriminalization of homosexuality in 2009. He says, “The LGBT Facebook generation is much more assertive and confident about itself.” The ability to put up pictures on this social platform has made it far easier for people to find a home that suits their needs.