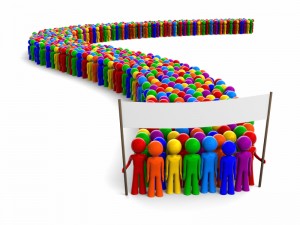 Gay rights activists agree that the time has come for the LGBT movement to start asserting itself politically, writes Sukhdeep Singh

The political scene in India is heating up day-by-day. Not only are the Lok Sabha elections of 2014 nearing up, but the elections of various states are also scheduled for December. Political parties are trying to gain new allies, forge new alliances and woo as many voters as they can. Not just the existing political parties, but people with political aspirations have also jumped in. Movements that were strictly non-political and viewed the political class as “untouchables” have also turned political. With the atmosphere being ripe for making political inroads, isn’t it time for the decade old gay rights movement in India to ask itself the question, “Is it time for the movement to turn political?”

Many of the leading gay rights activists of India agree that the time has come for the LGBT movement to start asserting itself politically. Pawan Dhall, gay rights activist from Kolkata and a pioneer of the first gay pride parade of India, feels the gay rights movement has already turned political in a way. “The moment you actually start looking at something from a rights angle and talk about it as a human rights issue, you are politicizing the issue,” he says.

Manohar Elavarthi, founder of Sangma- a human rights organization working with sexual minorities, sex workers and people living with HIV in India, goes a step further and says that in a democracy, every movement must turn political if it aspires to bring some real change.

“When you are talking about democracy, the power is in the hands of the parliament/assembly, and there is no question of staying out. Staying out basically means you will have no space in decision making,” he points out.

But in a country like India, where sex is still discussed in hushed tones and sex-education is shelved under the carpet, would political parties be willing to even listen to issues related to sexual orientation and gay rights? Or should members of the community form their own political party to raise their demands, and will such a party be able to make any difference? Rose Venkatesan, the famous transgender TV host from Chennai, feels that a separate political party for LGBTs is the answer and has already floated her own party named Sexual liberation Party that will be working towards sexual freedom and the rights of women and LGBT people. However, others have a different opinion on how best can political support be won for gay rights.

According to Mr. Dhall, the next step for the movement is to have the gay rights issue figure in the political agenda of the

parties. “May be what we can do is advocate with them on the larger issues of gender and sexuality and within that talk about LGBT rights,” he opines. Manohar Elavarthi, on the other hand, advocates direct involvement with mainstream political parties and sounds a note of caution against forming a LGBTI party. “You can’t have a gay political party to win seats. Even in countries where you have proportional representation, we don’t see gay parties. Take South Africa for example; gay people operate dominantly as part of African National Congress. There are many countries with proportional representation parties. Even there, by and large, progressive LGBTI are entering mainstream political parties and that is the way to go,” he says. “The LGBTI people should push for political space which means join political parties, put your agenda on the political parties,” he adds. Ashok Row Kavi, one of India’s leading gay rights activists, also shares views similar to Manohar in terms of participating as openly gay men/women in political activities, “We can be the catalysts by participating openly as gay men in political parties. The LGBT community need not wave banners. We can be gay and part of a party by merely saying so. That kind of transparency will help ‘normalise’ our presence.”

But will a political party be willing enough to field an openly gay candidate? Manohar believes that what is important is not for a gay candidate to get elected, but a candidate who understands and supports LGBTI rights should get elected. “You don’t have to be a woman to represent women issues. I don’t think putting a gay candidate is the issue. The issue is having candidates who are committed to LGBTI rights,” he says.

Attempts have been made in the past to connect with the political parties. The erstwhile group LGBT India had approached some of the major political parties in the year 1999 with their demands. “Though none of the parties refused to meet, their response was mostly non-committal,” recalls Pawan, “but that was the year 1999. The scene has changed very much since then because Sec 377 has been talked about at the highest level- at the Planning Commission level. So there is a good chance that the response will be good.” Even now, constant efforts are being made to talk about and sensitise government bodies about gay issues. “There have been continuing efforts to network with all parties. Efforts are on by the Integrated Network for Sexual Minorities (INFOSEM) to meet municipal counselors, MLAs, MPs and even other gate-keepers like Election Commission, Planning Commission,” tells Ashok. “Gay and lesbians along with transgendered people have met the people in the Planning Commission and the National Commission for Human Rights to talk about our issues. Some of us have networked with members of the activist group “Vada Na Todo” (Don’t Break the Promise) to talk about our issues along with the promises made to other civil society groups,” he informs. With the 2014 general elections approaching, Pawan feels it is a good time for LGBT groups across India to engage with the political parties and is hopeful that parties will at least agree with the Delhi High Court judgement of decriminalization of homosexuality, though getting support for other issues pertaining to equality may remain elusive.

“I think that almost all of them (political parties) will say to the extent of that they are in favour of decriminalizing. Probably they won’t go against that because that is a safe benchmark at the moment. But the moment we talk about equality in terms of other issues like inheritance and adoption and marriage and all, that is when one needs a long term advocacy.”

But will advocacy and sensitization of officials be sufficient to push forward the demands of the community and bring about legal reforms that may be required, which can only be done by the parliament, which has so far even shied from discussing the issue of decriminalization of homosexuality? Then again, in the vote bank politics of India, politicians take note of a community’s demands only if they see a substantial vote base. Can the LGBTI community then be a vote bank for the Indian politicans, given that the community belongs to all religions, regions? Manohar believes that once the issue is politicized well and parties can see a vote base, they will be more forthcoming in their support, “You need to have a base to push for LGBTI rights. Once you have X number of voters who will vote based on the LGBTI issues, then parties will take note.” Categorization as LGBTI vote bank is the one reality that, according to Pawan, will happen sooner or later and has already begun in some parts of the country. “There are already overlaps between the leadership of CBOs and the connection between these leaderships and political parties. One group in West Bengal has even gone on record saying that in the next elections, all their members will vote for a particular party. I don’t think that LGBT groups should approach with vote bank politics in mind, because at the end that is going to happen,” he says.

Could the pride marches then not be used as a political platform to project the gay vote bank, given that many cities across India now are holding such marches successfully with a large participation of members of the community? And not only pride marches, other events like film festivals could also provide a good platform for such a purpose. Pawan Dhall cautions that if political leaders were to be invited for such events, one must be careful not to leave out any party lest it sends out a wrong message. “Who ultimately turns up is a very crucial issue itself. What if that person has a criminal record? I think it is better in that sense not to invite political leaders, but rather to invite Govt. officials.” Ashok Row Kavi advices networking with other marginalized groups and finding new allies and friends. “Try and find friends everywhere and anywhere,” he says. “It’s also time to network with every citizen who is kept out of the productive and societal visible space, say the Dalits, and ally with them. Oppression of any innocent person — common citizen or otherwise — is also our problem. But do that as an open homosexual without fear and without shame.”

Mr. Row Kavi though remains skeptical about depending on political leaders, “I think it’s dangerous to depend too much on political activists of any dogmatic ideological group because they are already compromised. We need an open channel policy where equity and justice are offered to all citizens as an entitlement without any quid bono quo. When someone is wrong then get up and say so. Don’t demonise but educate.” Being open about your sexuality remains the best political statement, he says.

“The real way forward is to be more open in social and political spaces as gay men and lesbian women. For that we need more people to be open about their sexuality. Don’t be a member of a gay or sexual minority CBO today and then resign and go become a “political activist” tomorrow. That is hypocrisy. Being openly gay or lesbian is a political statement. If that’s not understood, nothing really is worth it!”

Across the globe, in many Western countries, gay rights have become a political issue and form a determining factor for garnering votes in some countries. In India, Tamil Nadu could surely teach a lesson or two to the rest of the country. Transgender rights have been taken up by the two main parties of the state and the state has already formed a welfare board to advance the rights of transgenders. For the first time ever, two trangenders Akkai and Kalki Subramanium were invited to Rashtrapati Bhavan for the swearing in ceremony of the Chief Justice of India. But will India have its Harvey Milk or Sunil Babu Pant moment anytime soon? That is probably not a question that matters as of now. As Mr. Dhall puts it, “In a Parliament of 540+ leaders, even if 40 leaders can be sensitized through their parties, it is better than having one MP and never being heard.”