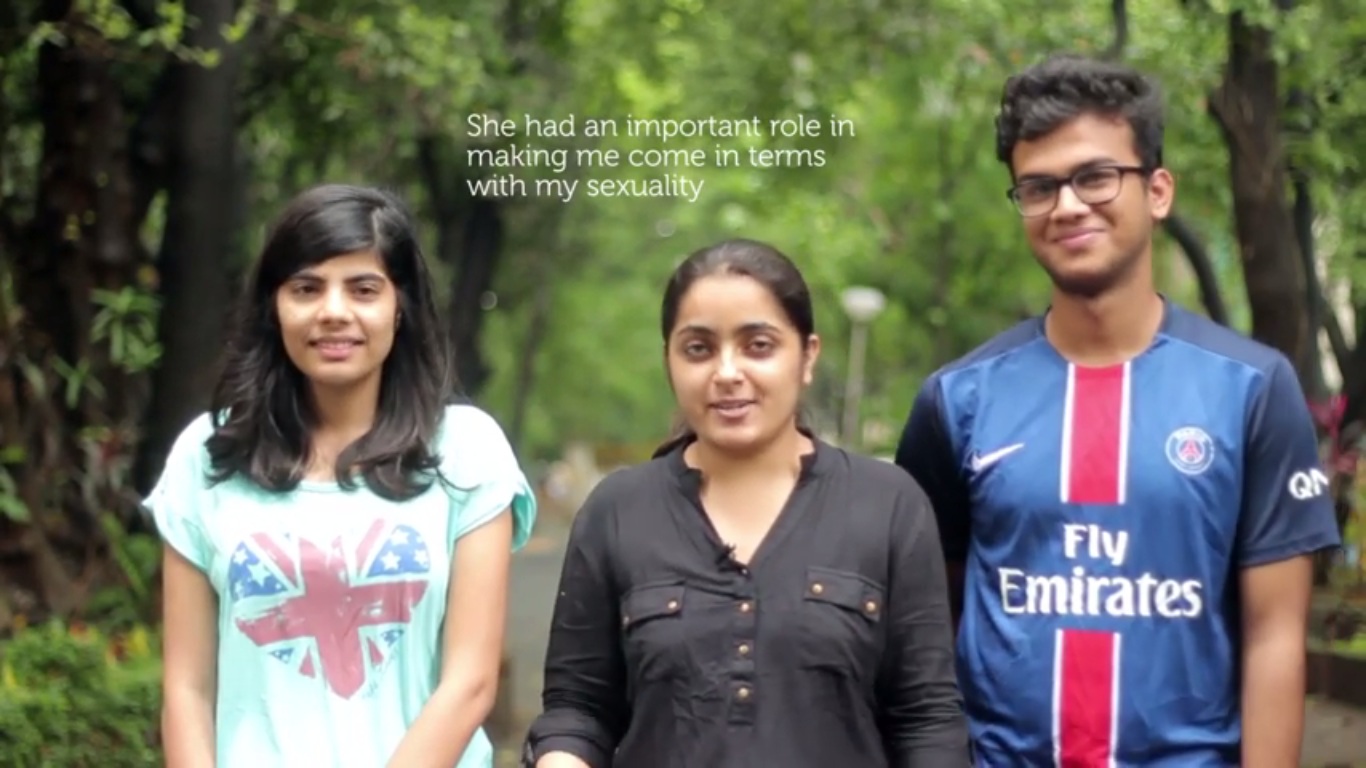 Saathi, IIT Bombay’s queer student support group that has in the past organised queer film festival inside the campus, hosted talks on queer issues to sensitise the students, and come up with some nice videos (like this and this), has released another heart warming video of the support by straight friends of gay and lesbian.

Each year Saathi welcomes the freshers joining IIT Bombay through orientation videos. This year they stated the aim of the video as” “Through the video we explore our friendships as gay, straight, bi-sexual, lesbian and transgender individuals. We present before you the love affection and acceptance of people in our campus.”