Busting the Myths around Bisexuality 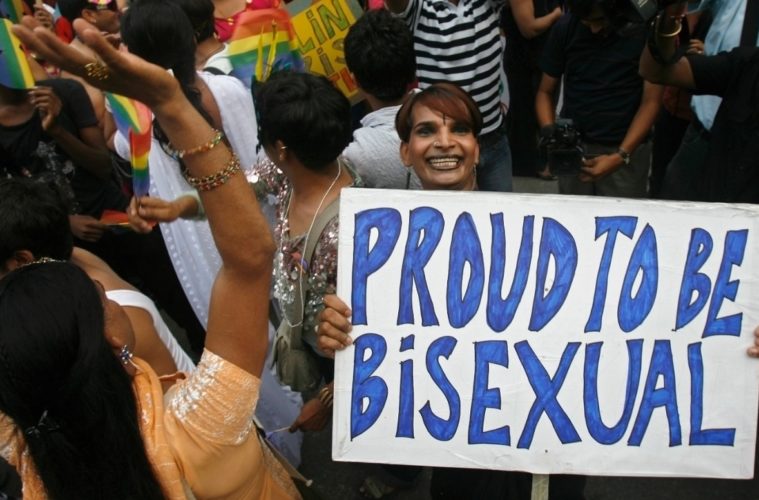 In the LGBTQ+ spectrum, we have a wide number of members in the community, with varying sexuality. They are as different as chalk and cheese, yet deep down very similar.

One such segment is of Bisexuals, they are at times portrayed as those evil creatures, who love dipping in every honey pot.

Who are Bisexuals? It is a term coined for a person who is attracted to both genders. Interestingly bisexuals slightly outnumber the rest of the community members, yet they are the most despised ones. Here too women act as a trailblazer, the scale tilts towards them, suggesting the presence of more bisexual women than men. Many bisexuals know their true orientation, but do not act upon them. Primarily, due to homophobia and social prejudices, they curb their natural urges. Also, societal conditioning encourages them to have relationships with the opposite sex. The condition worsens in countries, which fail to provide a safety net for their community members.

This is a common myth. It is believed that bisexuals want to have the best of both worlds. People naively believe they would always choose the opposite gender if given an opportunity. This myth is based on social prejudices. The truth is every bisexual has their own preference; they may be more inclined towards a particular gender, over the other.

For example- A bisexual woman can date both sexes. But she might strike a more meaningful and intense relationship with one sex over another. This is where the bisexual’s preference for a particular gender comes to the front.

Rarely will we come across bisexuals who feel 50-50 attracted towards both genders. Next time, when your partner tells you they are bisexuals, don’t freak out. Feel confident and comfortable with yourself, she is with you for some reason.

2) If bisexuals get married to a particular gender, then they are no more a Bisexual.

This myth will walk away with the grand trophy, one’s sexuality is within oneself and it has got nothing to do with getting married. This is something like, I am a good writer but if I start to code a program for a living, then will I be no more creative? Sexuality is an integral part of a person and it never changes. A recent study published by the NCBI, showcased the remarkable brain difference between homosexuals, heterosexuals, and bisexuals. This study is important in substantiating the fact, we are born with a particular sexual orientation.

Bisexuality is not something that comes or goes with time; this is something one is born with. It might be possible the realization of the sexuality can dawn at an early or later part in life. Be assured once a bisexual, always a bisexual.

3) Bisexuality is a Phase.

People often think that bisexuality is a phase, like the many other phases which happens while living. Bisexuals are still figuring out their way ahead, and hanging between the two extreme ends. One might be curious about once sexuality. Many times in teens we might feel an intense attraction towards the same sex too. Though this characterizes us more as bicurious than bisexual.

When you feel intense love, possessiveness, physical attraction towards same-gender multiple times, be assured you are a bisexual.

Do understand a person is bisexual throughout life. It will always stay with them because it is a part of them. It is not some illness, which can be cured with therapy.

4) Bisexuals are unfaithful or untrustworthy

Accusing a whole community blindfolded is not the way. Unfaithfulness does not come with sexual preferences, it is totally individual dependent. Are there no roving eyes in a straight or homosexual community? Trust me, had that been the case, no divorce cases would have been filed for infidelity. Jeff Bezos, Tiger Woods, Brad Pitt are all heterosexuals.

Faithfulness and loyalty have got nothing to do with sexual orientation. It has a lot to do with a person’s rearing, ethics, and his/her background. I have come across straights who are compulsive cheaters, and also bisexuals who are in a committed marriage.

5) Bisexuals are reckless souls, looking for an eternal love affair.

Everyone in the world wants to have a perfect love story to tell others. People keep on looking their whole life for their ‘soulmate’ but can’t find one. Bisexuals too are human beings, and they also want a love story to tell their grandchildren.

But like all other normal humans present on the planet, they also stop seeking out relationships, once they get their own fairy tale. Please understand, Bi’s do want to settle down, they need a home and welcoming arms to return to, after a tiring day.

People need to understand, bisexuals are not unicorns, who crave special privileges over others. They are regular lots with different sexual preferences, which differ in gender, not in number.

These were some of the funny myths that revolve around bisexuals, and definitely does not make much sense. 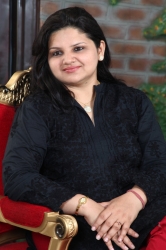 Ramya Mishra
Ramya Mishra is the founding partner of PR365 and a renowned communication expert. She is also a published author of two novels and a great storyteller. As an author, she applies a simplistic yet powerful approach to writing. She is an LGBT activist and through her writing wants to bring awareness and acceptability among the masses.

One can find her less in boardrooms but more in the arms of nature. A true vagabond at heart, she can often be found exploring mountains or oceans.