Queer Dilemmas: To Date or Not to Date 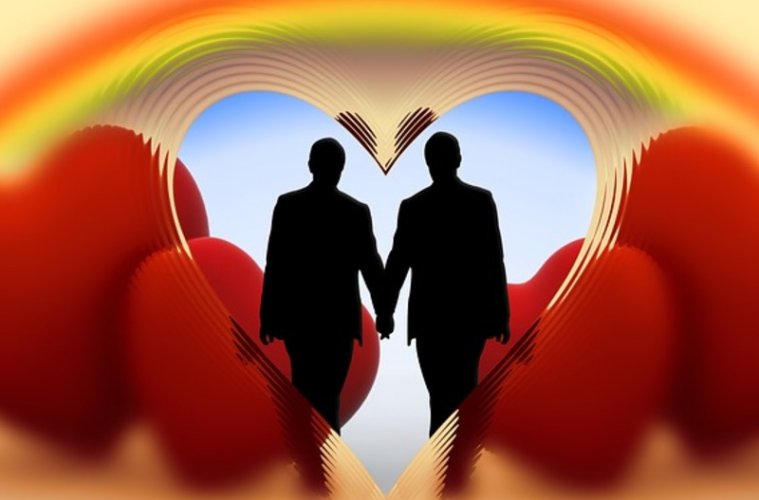 Chances of being in a long-term relationship for a queer person in India are abysmally low. Let alone finding “friends” which is a different ball game all together. Seeking true love has been a seemingly daunting task for many within the queer community. But thanks to today’s technological advancement for introducing trendy apps and inclusive queer dating platforms, such as Amour, that have significantly upped the chances of finding Mr. or Mrs. Right in India.

In a country like India where same-sex relationships are frowned upon, dating platforms such as Amour are redefining the concept of queer love by sensitizing general public and spreading awareness about the LGBTQI+ community. This dating platform has been organising a series of speed dates within the country for making love accessible to queer people. But, was this platform successful in bringing two souls together this year?

On 5th of November, Amour in association with Namma Pride Bengaluru organised a speed dating event at an opulent café in Indiranagar. Queer speed dates are exciting and at the same time intimidating. Many describe queer dating as an experience filled with mixed emotions, hope, uncertainties and of course – butterflies in the stomach. Nonetheless, if you end up liking the person, you are always left wondering whether they felt the same way and will want to go on another date.

Though speed dating is highly preferred to online dating due to its safe and comfortable setting in which it is conducted, some of the queer participants in Bengaluru had their own remarks to share with Gaylaxy.

To begin with, a few people were extremely excited by the concept of speed dating and lauded Amour for organising such an initiative.

Twenty-one-year-old Zeeshan (name changed), who works as a marketing professional in a pharmaceuticals research firm found the concept of Amour speed dating quite an unusual experience. It was his first time though.

“It was great meeting new people. I have never been to a speed dating event before. It gets a little tough meeting people with our busy work schedules, but Amour speed dating seemed like an ideal opportunity to counteract that,” Zeeshan said.

Some of the participants considered the speed dating event as a stress buster and great way of socialising and making new friends.

“This is my first speed dating event. Everybody was nice to me. I came here only to meet people like me and make friends,” said Amar (name changed), 25, who works as an IT engineer with a reputed MNC. He, however, was not serious about seeking a potential partner through this speed dating event.

“As of now, we know ‘seven couples’ across India who have connected through Amour. Besides, Amour admins have no way of knowing how many people found partners as they don’t have a policy of asking people their relationship status,” said Karan Kariappa, 27, moderator of Amour queer dating.

To some the Amour speed dating was not that great an event as they expressed remorse and were disappointed by the dismal number of participants who turned up that day.

“I was looking for diversity and I thought there would be huge crowd, but it’s just 15 or 16 of us!,” said Ahmed (name changed) 21, a Life Science student who identifies himself as queer.

Upon contacting him days after the event, Ahmed says that not a single participant had connected with him and his experience was not up to the expectation he had in mind.

“I don’t think I will ever come for another speed dating event. The event as a whole lacked seriousness as there were non-participants who attended the event for the heck of it. In fact, some of the participants were even partnered, which really saddened me,” added an agitated Ahmed.

Like Ahmed, there were other participants who were upset about the entire speed dating episode hosted by Amour.

“The speed dating event was not up to the mark. I did not find anybody suitable or who could match my wavelength. There was no diversity at all. I felt people were not at all serious. It was definitely not worth it. Amour could have done a much better job,” said 18-year-old Sarthak (name changed), a BBA student from a reputed university in Bengaluru.

Finding true love in the queer world is a tough task. Besides, long-term relationship within the queer community has never been a bed of roses; it comes with its own set of challenges and problems.

Furthermore, looking for a partner through speed dating is like finding a needle is a haystack. Most participants felt that seeking a “life partner” or “Mr. Right” was a task on Amour speed dating event.

“I might not attend a speed date again because I strictly feel this is not a setting where I can find my soul mate,” said Sarang, 22, a law student of a reputed institute, who identifies himself as gay.

Likewise, some people from the queer community believe they are judged on the basis of their “physical appearance”.

Twenty-five-year-old Chastity, a male-to-female transgender from Mangalore has given up all hopes of finding herself a partner.

“I feel hopeless. I once casually met a man, who identified himself as pansexual. We connected through a social networking site. He seemed pretty fine with my talks. But after the date he asked me to stop texting him only because I was dark,” Chastity said.

“I still feel that people judge me by my looks and not for who I am. Be it offline or online, nobody seems to like my personality,” said Ahmed.

Finding true love among the queer community is no cakewalk. Some are hopeful and others doubtful about finding “The One” through queer speed dating events.

“It’s too early to tell if I have found ‘the one’ but speed dating is definitely a step in the right direction,” chuckles Zeeshan.