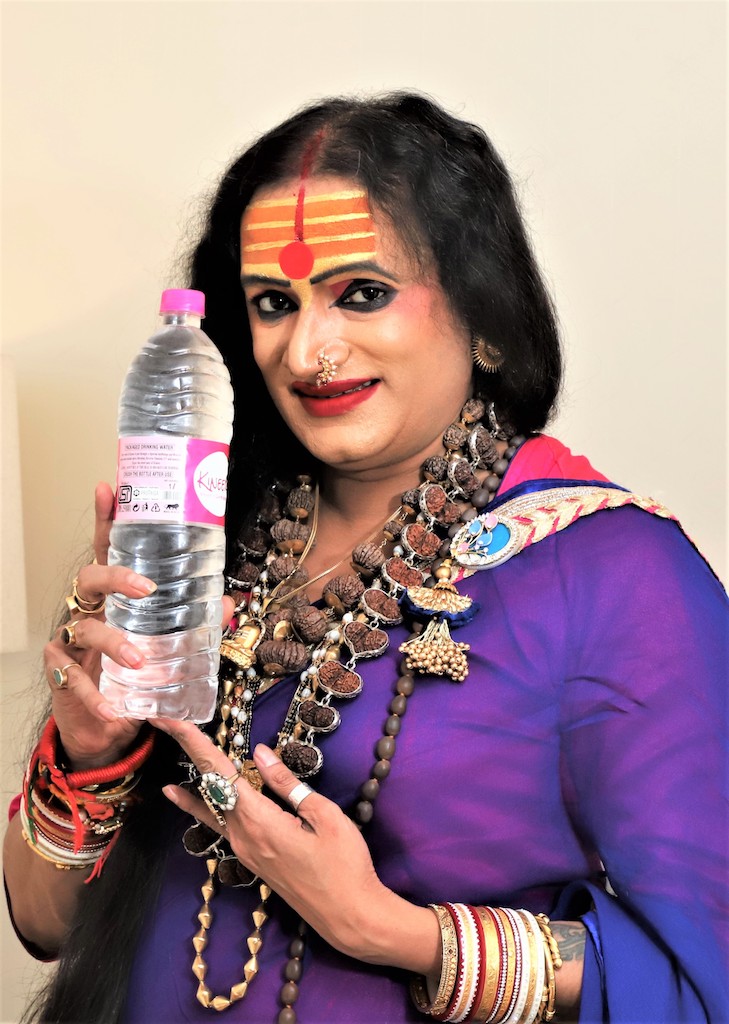 Her intrepid attitude as a transgender activist has helped the hijra (an ethnic term used for transgender people) community in India to stand put in their efforts towards achieving recognition and equality in society. Much sought after, Indian transgender activist Laxmi Narayan Tripathi is now keen to uplift the community and provide value to society by offering professional services and manpower through her startup Kineer.

Gaylaxy had a chance to speak with Laxmi Narayan Tripathi and Manish Jain, a founding member of the company, over the phone and know more about Kineer services. Could Kineer be the first step in offering genuine employment opportuinities to the trans community?

“We have recently launched our own packaged drinking water brand — Kineer, which is a complete business model by itself, and this business idea is our first step in serving the society. We have also hired around 11 people from the community,” said Laxmi. “Many organizations aren’t open about hiring transgender people so as a community if we are capable of generating jobs for our brethren then why not exploit this opportunity. Besides, several well-known firms are already taking our services. This is definitely a great start,” she added.

Kineer is currently offering services to well-known brands in the service sector. Hospitals in New Delhi like the Apollo Group and Artemis have come forth to support this initiative. Other brands like the Lalit Hotels, Vistara Airlines and SBI cards have pledged to procure Kineer packaged water for their establishments. 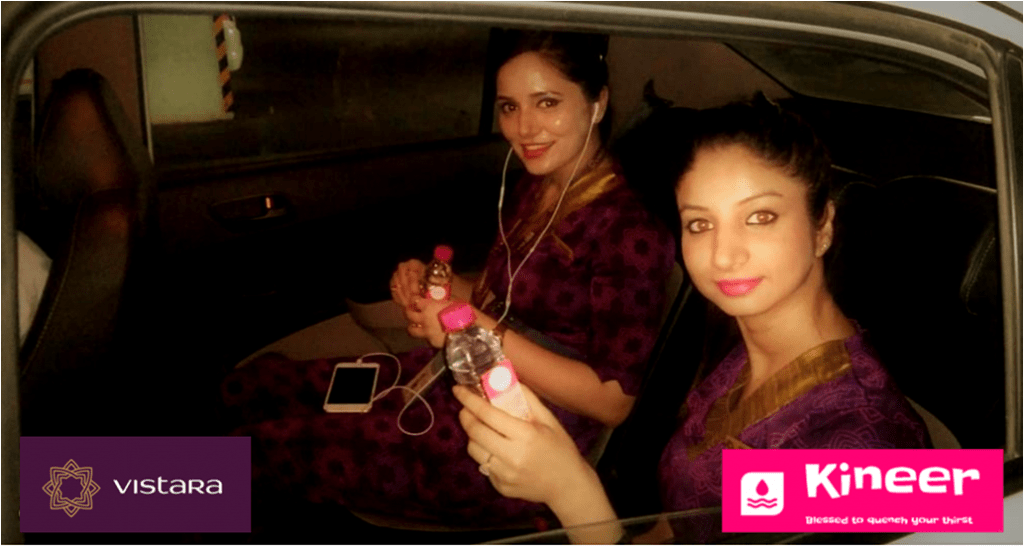 “We are still in talks with many organizations and yet to take orders from them. We are presently tied with a company called ProTaiga– a consulting enterprise and procurement platform that will dedicatedly purchase Kineer packaged water and provide us with an annual turnover worth Rs 20 crore,” said Manish.

At present, Kineer is run by four proprietors, including Manish and Laxmi. The company recently got itself registered as a private limited and is already competing with top packaged water brands. “Kineer is tying up with businesses only if they give us confirmed orders,” he added.

“We have had our own share of competition. Convincing businesses is tough due to the monopoly of top drinking water brands in the industry,” said Manish adding, “some do not trust the quality of the packaged water as we are new in the business but Kineer water is registered with the Food Safety and Standards Authority of India (FSSAI). It is completely safe to drink. We also request our clients to take a lab test before procuring our product.” 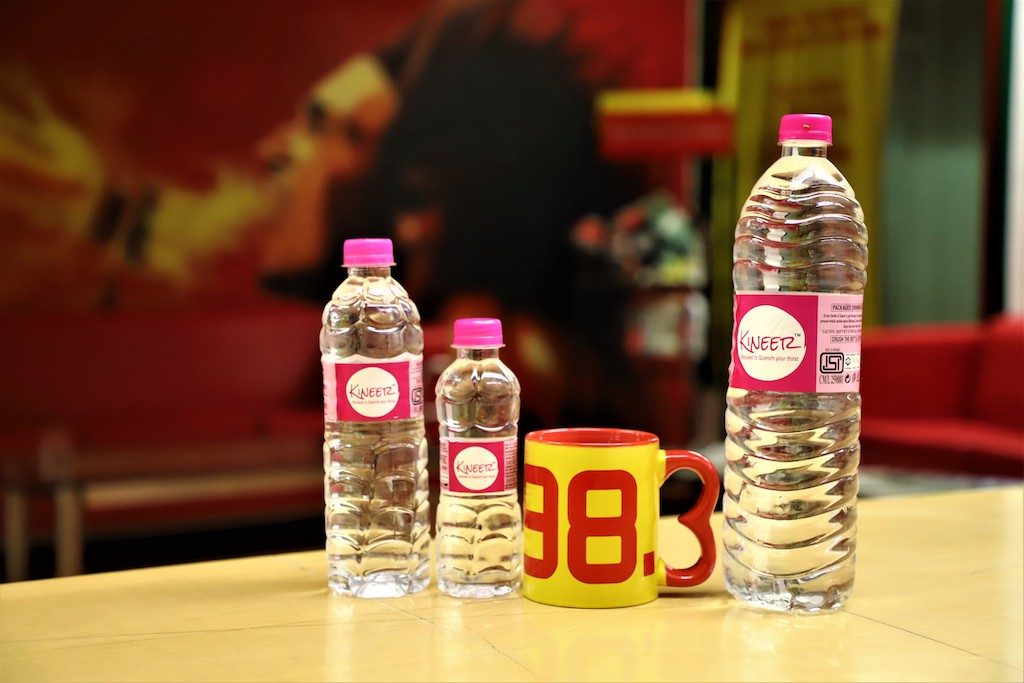 Like all other enterprises, Kineer seeks to expand its services in other domains and provide employment opportunities. Manish is very positive about its growth and considers Kineer to be the first of its kind enterprise in the world to be run by a minority community.

Apart from New Delhi, Kineer has already signed a deal with a company in Mumbai but will be running it as a franchise model due to lack of funds, says Manish. “In the coming days, we are planning to launch Kineer cosmetics and washroom amenities – shampoos, soaps, and other toiletries. What is unique – we are trying to reduce the use of plastics in our packaging by up to 70 per cent,” he says.

Transgender people have often found it difficult to secure reputed jobs in the private and public sector, but today, states like Kerala and community efforts — like Kineer — are introducing transgender policies and organizing recruitment drives for them to be a part of a larger corporate picture. The atmosphere has actually changed for the better.

“As a community or a leader, our job is to not only debate with the government, policymakers, and the court but to prove ourselves by setting an example to the society,” Laxmi asserts. 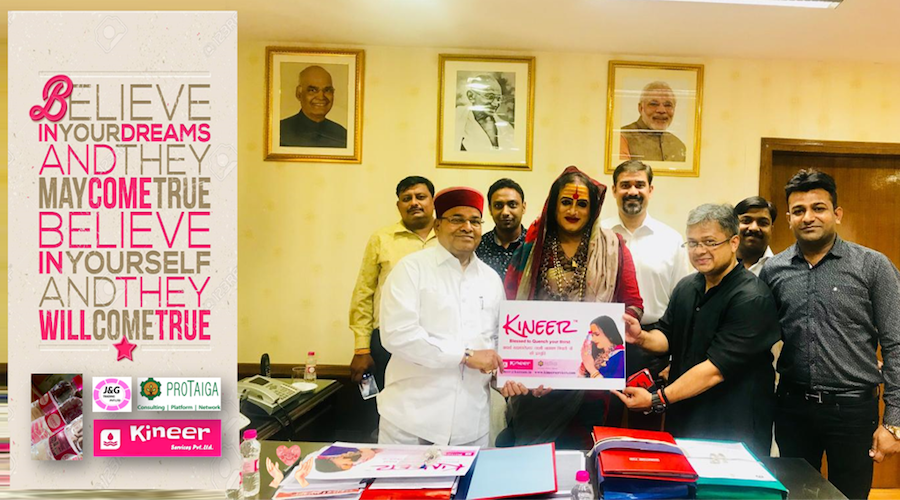 That being said, the Indian society is yet to welcome such accommodating gestures and initiatives. Last year, Kochi Metro Rail Ltd. (KMRL) recruited 23 trans people for handling ticket counters, housekeeping, and customer relations. This ground-breaking initiative was hailed by various international and national media houses and is considered as the first step towards equal opportunities.

It was also an effort to reduce the stigma associated with the trans community in India. Conversely, this collective government effort was not favourable to the trans community. Within the first week, 8 of the 23 transgenders employed quit their job at the KMRL. Most of them had a tough time finding suitable accommodations.

“We have 628 members of Kudumbasree working in various wings of the KMRL. If we give any special consideration to the TGs, these women will also claim it. It will not be possible for us to provide accommodation to everybody. We are not an employer but a facilitator,” CR Reshmi, a spokesperson of the KMRL told theFirstpost.

Although Laxmi welcomed the KMRL initiative, she seemed displeased by the way trans people were suffering despite being employed. “I was happy about this initiative of hiring trans people but any agency that hires trans people should also pay attention to other factors such as their safety, accommodation, welfare, so on and so forth. It is not only about hiring people from the community but serving their needs as well,” she said.

Manish believes that Kineer services is far better than the KMRL initiative. Only a community member on board can hire and resolve issues faced by the community.

He says: “Unlike the KMRL initiative, Kineer services has a transgender on board. As I don’t belong to the community, it becomes difficult for me to understand the various problems the LGBTQ+ community goes through. As a community member, Laxmi is capable of addressing their problems. We have a good handholding and mentor to guide our LGBTQ+ employees.”

With her confidence level at its zenith, Laxmi firmly believes that trans people are capable of handling complex technical jobs, provided they are given the right training, education, and orientation about the nature of the job. She says that trans people have the ability to serve various sectors, but at present, they are bereft of opportunities. They could pick any career and excel in any profession they chose. “Hiring trans people for housekeeping jobs and basic operations is just a pre-conceived notion held by the society. We have an aptitude to undertake any task. We only need a chance,” she says.

Although the trans community has been offered jobs in the past, the majority still resorts to sex work and begging to survive. For instance, the transgender people hired at the KMRL went back to begging and sex work, both illegal in India, after their first day at job to supplement their measly income, The Huffington Post reported.

The KMRL case is a classic example of how working transgender people are deprived of basic amenities and subjected to public prejudice and scorn. According to Laxmi, “The country does not have a holistic approach to rehabilitation.” She points out the socio-economic structure of the state and says that transgender people aren’t having the same workplace benefits like the rest of the people and hence, they beg or continue sex work. She is, however, optimistic that things will change for the better and Kineer is just a prelude to this change.

Nevertheless, in a country like India, where the trans community is still mocked and ostracized, Kineer hopes to be that platform and an opportunity to offer the trans community with a chance to arise from the stigma they have often been associated to.

Section 377 and the employment quandary

Recently on September 6, 2018, the Supreme Court of India scrapped the archaic Section 377 of the Indian Penal Code – decriminalizing homosexuality. What next? India still has a long way to go apart from just legalizing homosexuality. Tripathi says a host of other demands such as — legal provision for same-sex marriage, adoption, access to health care, and employment are yet to be met.

“Life is not about just having sex, the government should look into factors that the trans community needs. We need jobs, a dignified life, and gender non-discriminatory hiring policies. People should judge us by our work, not by gender. Only issuing a verdict doesn’t change things.” 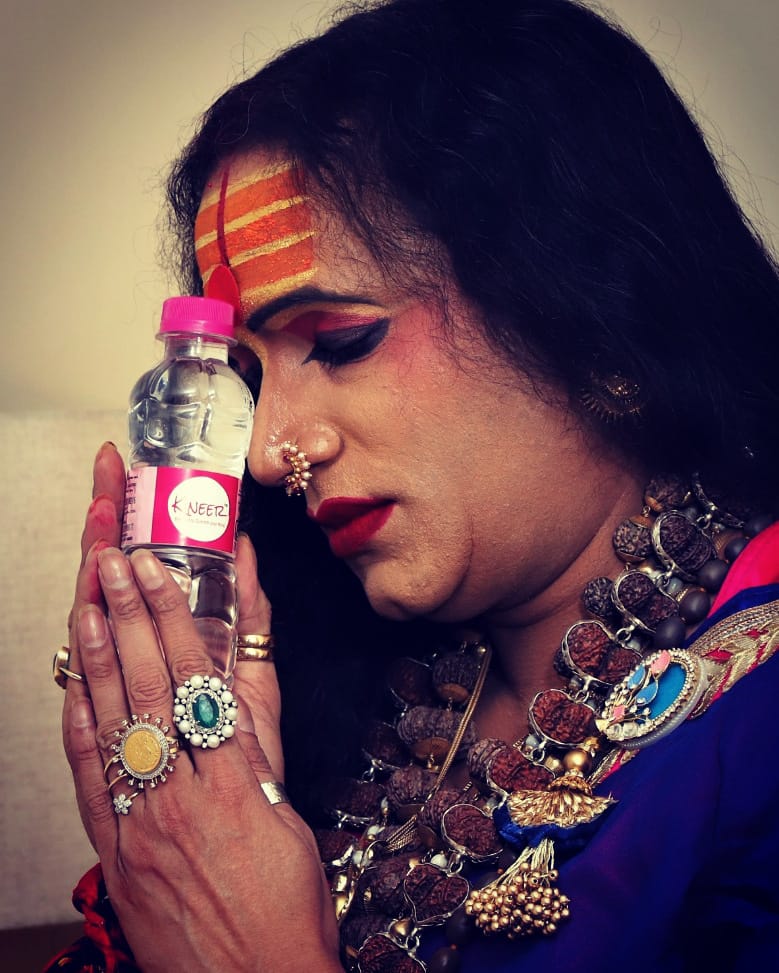 Even though Kineer is having Laxmi as a board member, Kineer is not restricting itself to employing trans people alone. Laxmi says: “Our door is open to all. We are not only looking to hire transgenders but everybody else, irrespective of their caste and gender. If an individual has brilliant ideas for the company, why shouldn’t we hire them? We believe in equality at workplaces and through Kineer we are going to achieve it.”

Gaylaxy also had a chance to speak with an employee of Kineer — Anu Sharma, 30, a transgender person who has been working with Kineer for the last 10 months says life was never as great as it is now.

“I used to work with an NGO in Ghaziabad that spread awareness about HIV and AIDS to sexual minorities and other people alike. My job was to primarily educate people and keep them informed about the health measures available in India. Now my job has changed here at Kineer. I shoulder many responsibilities and my current role is very exciting,” she said.

Asked if she would leave the company for any lucrative option, she says: “I don’t think I would leave Kineer for any other lucrative job. I am grateful to Ma’am (Laxmi) for giving us transgender people the opportunity to prove ourselves. I am dedicated to Kineer and through it, I will help the LGBTQ+ community to grow.”

“Kineer is our only ray of hope and in the future, we want to set it as an example to those who abuse and humiliate us. We want to show the competitive side of the LGBTQ+ community. Even though we are technically challenged and not highly educated, we too can prove our mettle,” said a determined Anu.

Under the LGBTQ+ umbrella, trans people are the most discernible crowd in everyday India. Also perhaps the most derided and censured by the society at large, they are hardly ever a part of any corporate setting, be it in private or government jobs. We hope that this attitude of the Indian public changes with Kineer coming into the picture.