Google Highlights Out Lesbian Employees From India On Its Google+ Page 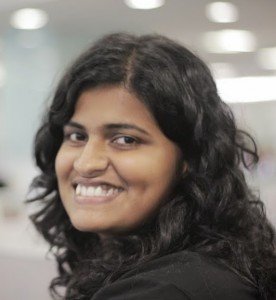 Pride month is getting a big boost with internet giant Google getting behind the cause with a promotion of the Gaygler ( gay Google employee) and trans employees through the month of June. In a definitive first for corporate India, Google India is highlighting two LGBTQ members of its organization and put up their interviews on its Google+ page Life at Google.

Shweta Pai, an accounts planner at Google’s Hyderabad office, talks about how she joined a Gayglers-India group. “We realized there was a need to create a space where people felt comfortable being themselves. When we came out, the Diversity team played a big role in helping us settle in and we wanted everyone to have the same experience,” says Shweta, whose partner Smruthi Narayan is also a Googler.

In addition to supporting employees, Gaygler has also been instrumental in organizing the Google contingent for the Bangalore Pride Parade in 2011 and 2012. In Hyderabad, they were a part of the core team that organized the pride in the city and made Google the largest corporate contingent participating in Pride this year.

However, there is still a long way to go with only three people in Google India’s office who are out of the closet. While corporate in the US have openly come out in support of LGBTQ rights with over 200 filing a brief in the US Supreme Court, it is heartening to see India slowly tread the Pride path.