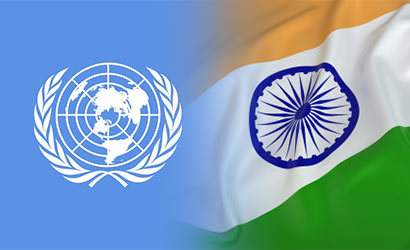 Over 100 countries grilled India on its Human Rights record at the United Nations on 4th of May during the third Universal Periodic Review (UPR) at the UN Human Rights Council (UNHRC), the peer-based scrutiny of a nation’s human rights situation. The countries questioned India on attack on religious minorities and freedom, restrictions on NGOs under FCRA (Foreign Contribution Regulation Act), caste related discrimination and violence, AFSPA, human rights violations in Kashmir as well as criminalisation of homosexuality in India.

Attorney General Mukul Rohatgi defended India’s record and stated that India is a secular country and has no state religion and it does not discriminate on the basis of religion, caste or colour.

Spain, Sweden, Canada, Ireland, Norway, Israel called upon India to repeal Section 377, which criminalises non peno-vaginal sex and is used against members of the LGBT community. Responding to these questions, Attorney General (AG) Rohatgi said that a curative petition had been filed in the Supreme Court and a constitution bench will be hearing the matter.

Israel asked India to implement the Transgender Persons (Protection of Rights) Bill. AG cited the NALSA judgement of the Supreme Court and said India “has been at the forefront of recognising the equal rights of transgender persons”. The Supreme Court gave a landmark judgement in 2014 directing the government to declare trans-genders a “third gender” and included them as an “Other Backward Class” entitled to affirmative action benefits. The apex court also reinforced that trans-genders should have all rights under law, including marriage, adoption, divorce, succession and inheritance, he added.