Pride Celebrations In Mumbai To Kick Start From Jan 11 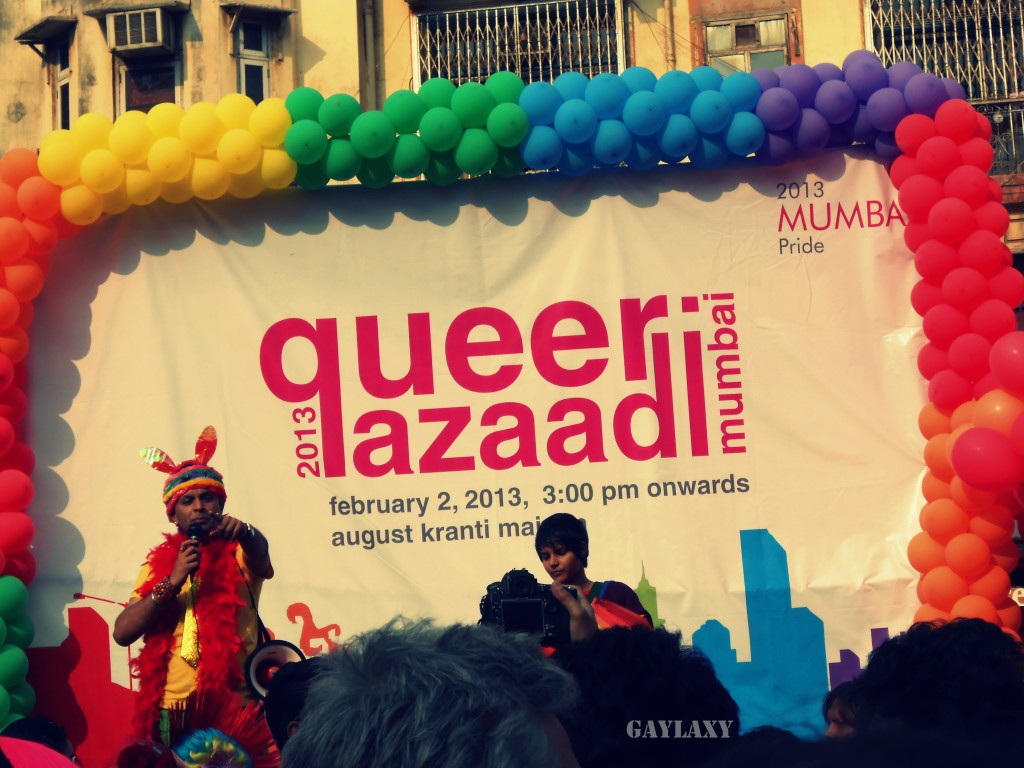 Queer Azaadi Mumbai (QAM) has launched its calendar for the Pride Celebrations in Mumbai for 2014. The calendar, which comprises film screenings, photo exhibitions and games is being staged over the weekends from January 11 and will culminate in the Pride March on February 1st.

The celebrations kick off with staging of the play ‘Dushyant Priya’ on January 11th. ‘Dushyant Priya’ is a queer-themed take on the classic play of Kalidasa, highlighting issues that may be of relevance in the acceptance of homosexuality in modern India. The next day would see participants at Juhu beach in the evening taking part in some fun games and kite flying. A family meet is being organised on Jan 18th, followed by a ‘Gulabi Mela’ at Bandra the next day. The mela is being organized at the Bhalla House near Kobe sizzlers and would have food, drinks, accessory stalls, books and other workshops.

A photo exhibition titled ‘Pictures Against Prejudice’ on the theme of ‘In and Out of the Closet’ is planned from  4-8 pm at Bandra on Jan 25th, and a parallel ‘queer musical’  is also tentatively scheduled that day at Bandra from 6 to 9 pm. The musical would try to bring to fore both the latent and the express singing genius in the queer community. On Republic Day morning, participants would assemble for a ‘Treasure Hunt’ that aims to have them scurry all over Mumbai with cryptic clues at hand. Evening would see a film screening at The Little theatre, NCPA, showcasing the first set of the best films from the Kashish Queer Film Festival, and a dance performance by the ‘Dancing Queens’, India’s only transgender dance troupe.

There is a ‘Gulabi Yatra’ scheduled on January 28th at Girgaum Chowpatty, which aims to take participants down memory lane on being gay in the pre-Internet era in Mumbai, when men would meet at designated secret locations to seek attention and love from other same sex loving people. January 29th would witness an extension of the film screening, with the second set of best films from the Kashish fest being screened at IIT Bombay. ‘Dirty Talk 6.0’ act, which is a queer-friendly stand-up comedy show being performed by both amateurs and professionals, will be held on 31st January. February 1st will see the culmination of the celebrations with the Pride March from 3 pm onwards at Girgaum Chowpatty.

Using online crowdfunding to mobilize funds for the Pride celebrations, the organizers managed to overshoot their targets within a few days of the funding campaign going live.

This is the first pride celebration in the city after the Supreme Court verdict, and it would be interesting to see if people turn up at the events or choose to stay indoors. Pallav Patankar, one of the organizers of the Pride celebrations, says, “There is enough anger and resolve amongst the queer community to come out in numbers and be more vocal and visible. In a way it is a test of the community to see if they have the maturity and courage to stand up against injustice. However, if the attendance at the Protest meet (Global Day of Rage) is any indication, I think we are going to have a great Pride celebration this year.” 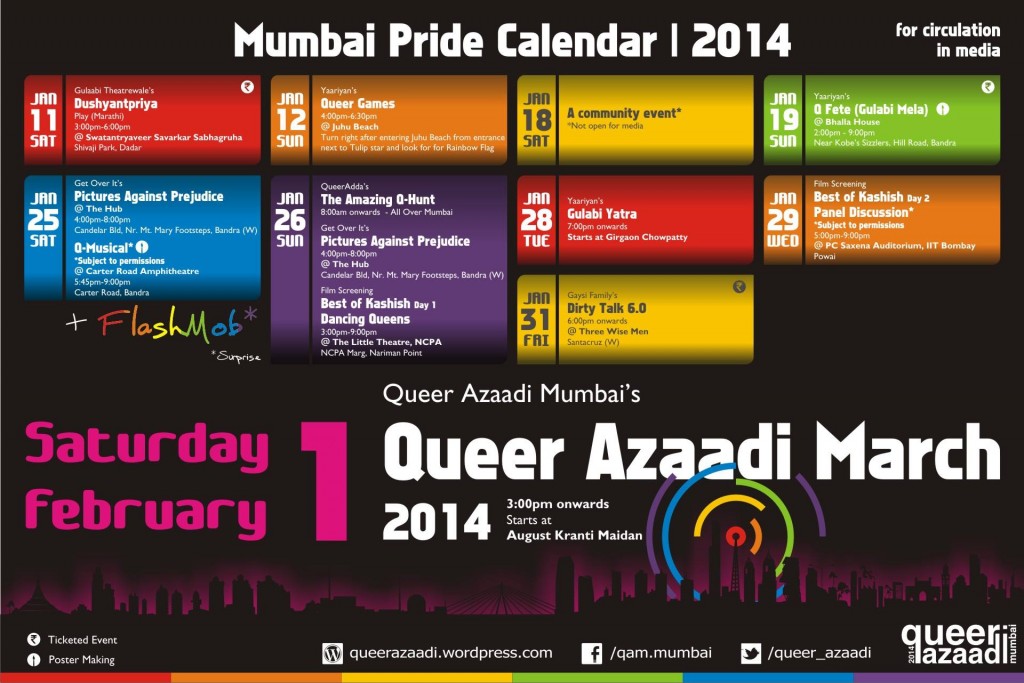