Report On Queer Rights In Nepal Says Despite Advances, More Needs To Be Done 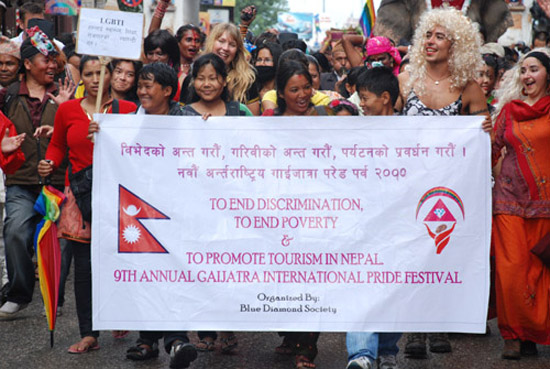 Nepal has undertaken path breaking steps in the areas of queer justice and empowerment in the subcontinent, but more work needs to be done in the mountain state, a new shadow report on the state on queer individuals in Nepal says.

The shadow report on queer rights in Nepal, complied with the help of Kaleidoscope Australia, is part of a five-year exercise where countries submit reports to the United Nations to review their compliance with the International Covenant on Civil and Political Rights (ICCPR). Since governments tend to put a positive spin on the official reports, the UN also welcomes shadow reports written by activists. Kaleidoscope Australia is  a not-for-profit organisation committed to promoting and protecting the human rights of lesbian, gay, bisexual, transgender and intersex (LGBTI) people in the Asia Pacific region

While commending Nepal on decriminalizing homosexuality, the report notes that legislation on same-sex marriage has been hampered by political indecision. The report also suggests that the government should  enact legislation to combat negative attitudes and prejudices against queer people.

Sunil Pant, Founding President of the Blue Diamond Society and an openly gay MP, added: “Although there has been much progress in recent years, Nepal is still a conservative country and there are several areas where the treatment of LGBTI persons must be improved. We are delighted that Kaleidoscope Australia has been able provide a means for our voices to be heard by the UN Human Rights Committee.”

Nepal’s progress should be seen in the backdrop of neighbour India going back on its international promises and human rights commitments, upholding Section 377 which criminalizes any act ‘against the order of nature’.