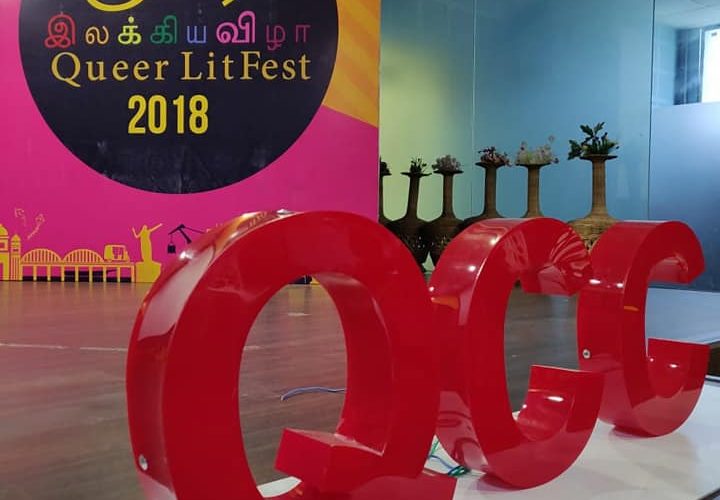 QCC Queer LitFest Chennai 2018 was organised by Queer Chennai Chronicles (QCC) and held on July 7 at Kavikko Convention Centre, Chennai. The LitFest was conceived to create a conversation about Queer Indian literature, Queerness in India and to bring together political and literary values of the works that play an important role in the lives of queer persons.

The LitFest was organised completely by crowd-funding from the community members and allies. The one day event brought together varied queer perspectives about literature from, and about India and hosted a series of sessions that was in the form of panel discussions, oration, poetry and reading performances. People from Chennai and nearby cities attended the LitFest and it received encouraging responses from participants and audience alike.

Living Smile Vidya, an Indian Theatre artist, assistant director, writer and trans rights activist from Chennai gave her keynote to be read at the festival followed by engaging sessions on; media representation and narratives of LGBTQ individuals where Journalist, Queer literature in publishing and Literature that shapes Queer identities in India. The list of speakers and panelists of these session can be found here . 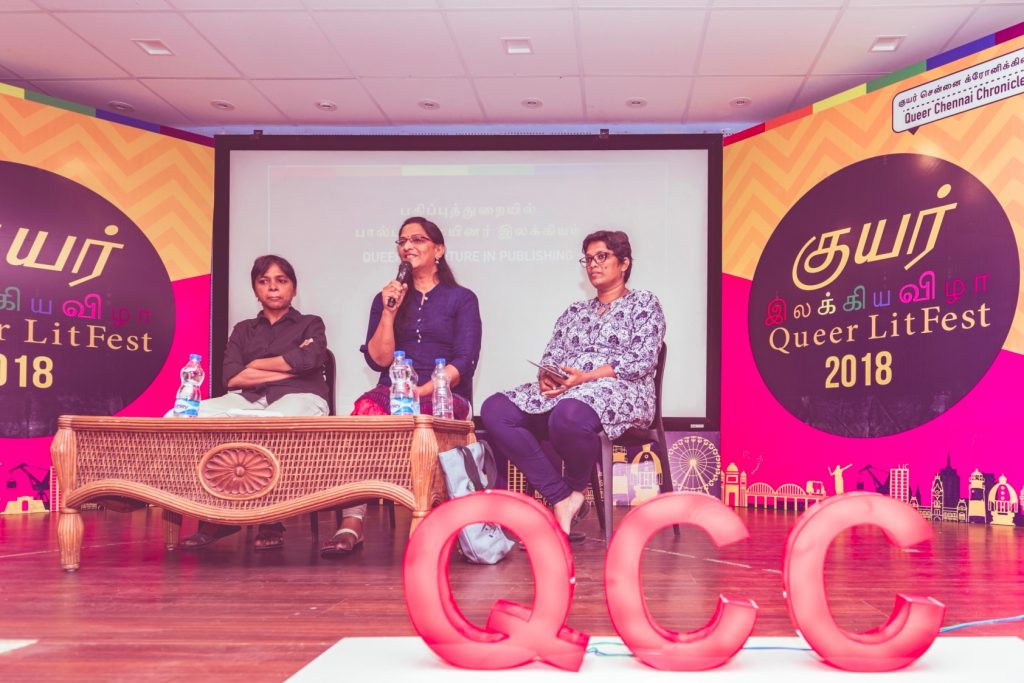 Vasudhendra of Mohanaswamy fame spoke about Queer Literature in Kannada followed by reading from selected queer literature in Tamil. A chapter by Sheiji Tadakoro from the upcoming Queer Chennai Anthology was also read in the session. Along the lines of diversity and marginality of queer lives and their invisibilised narratives, The Chinky Homo Project (Digital and print queer anthology of north east India) was formally launched in the LitFest. The video playlist and the audio podcast of the festival was published early this month.

The LitFest overall worked towards encouraging and creating opportunities for queer writers, translators and artists who are otherwise invisibilised or ignored in various literary platforms; and a deeper appreciation for queer literature. QCC envisions to keep the LitFest every year with support from the community.