Forced To Marry A Girl, I Have Been Dying Inside Everyday : The Story of A Gay Man From Haryana

I am writing this piece to be true and honest to myself. My life is similar to the lives of many queer people, but not everyone dares to speak out loud. I was born in a strict rural Haryanvi family. Being brought up in a patriarchal culture, everyone lived a life centred on marriage and producing children.

I had always been a very inquisitive child. It was natural for me to question my own existence. I knew from a very young age that I was different from others, and didn’t quite fit in.

My childhood was filled with mockery, humiliation, loneliness and depression. No one around me, including my own parents, could understand what I was going through. I was often ridiculed for being ‘abnormal’.  I used to be amongst the top ten students in class. But life got complicated as I was growing up, and this affected my studies.

I got admission in one of the most prestigious colleges of my state and somehow managed to graduate with a first class degree. However, it was one of the toughest phases of my life.

During my college days I had started realizing who I was. I decided to do something productive in life. I tried to rise above the depression, insecurity, disdain and discrimination. Life is easier for queer people in the cities as compared to those living in villages.

In rural India, there is no awareness about sexuality and gender idenitity. As a result many children, like myself, end up living life in despair. I never dared coming out to anybody as I was scared for my life. But I was not among the ones who suppress their identity.

I joined an NGO and began working for the LGBT rights. I was good at debate competitions, and I used these skills to raise issues of the LGBT communities. I was assaulted by some of the students of my university.

My family came to know about the kind of activities I was involved in. My family imposed several restrictions on me, and I was forced to move out of the hostel. The joy that I got from working with the NGO with like minded people was gone.

I visited many spiritual organizations and ended up becoming a disciple of a spiritual personality from ISKCON (International Society for Krishna Consciousness). He was my counselor and spiritual Guide. I regularly attended evening Bhagwad Geeta Classes. This helped me feel better, but I knew that I had taken up spirituality out of cowardice, to escape my problems.

I ignored such thoughts and continued with my spiritual practices. In my Bhagwad Geeta class, I met a simple and traditional girl called Aarti. She covered her body from head to toe, and wore a big tilak on her forehead.

I knew she used to notice me, and liked me. We began talking to each other and became good friends. I formed an emotional bond with her but there was no sexual attraction. As it turned out, she was forced to live like this by her family. Her sister had vowed to a life of celibacy and wanted her to do the same. She was also being pressurized by her father to get married. She expressed the desire to marry a spiritually inclined boy so that everyone in her family would be happy.  I knew she was pointing towards me. I didn’t want to act in haste as my career wasn’t secure yet.

Once, when I was in a heated argument with my family and being abused with terms like ‘gay’ and ‘hijda’, I yelled back for the first time “Yes I am gay!” My father turned more violent, as if he was waiting to hear this from me. My brother and sister also attacked me. My mother was assaulted by my father since he blamed her for spoiling me. My mother threatened me with suicide. My father said only one of us would remain alive: him or me. Out of fear, I decided to calm my father by saying that I was not gay, just different from others.

This led to my family pressurizing me about the marriage. I agreed to marry, but only with the girl of my choice. I had no other option than Aarti. She liked me and wasn’t like other girls. I expressed my desire to Aarti. She was overwhelmed with joy. I spent that whole night crying in bed. It dawned upon me that I was born only for my family. I no longer had any dreams, ambitions and life. I went into the darkness of sadness.

Even though my career wasn’t settled, we had to speak to our families since Aarti was being forced into marriage by her father. My family happily accepted our relationship. For the first time, I was given love and respect by my family members. I was surprised to see the way I was being treated now.

I began spending more time with Aarti. I cared for her, but there wasn’t any physical urge. I tried touching her and kissing her, but she never responded. She always claimed to be free from sexual desires. I knew she was lying. I was also spiritual, I also read Bhagwad Geeta and practice all principles but couldn’t overcome my bodily demands. I knew she had these desires too. With time, I realized she had suppressed all her desires, and was actually very frustrated and short-tempered. I felt that she wanted to marry me just to get her family off her back. She prohibited me from talking to other girls. I slowly figured out that we weren’t compatible with each other.

I talked to my father and begged to cancel the wedding, but the date had already been fixed. Every relative knew about it, and it would be a big insult for our families to suddenly cancel the marriage. My father knew that I would never marry any girl if this marriage got broken. I pleaded before everyone, but no one cared. I tried killing myself, but in vain. I requested Aarti to mutually break up the engagement, but she refused. She blackmailed me with suicide.

Eventually, I went to my spiritual guide for help. He advised me to marry because that’s what he thought God wants. He told me that this is the way I can turn straight and overcome my homosexuality. 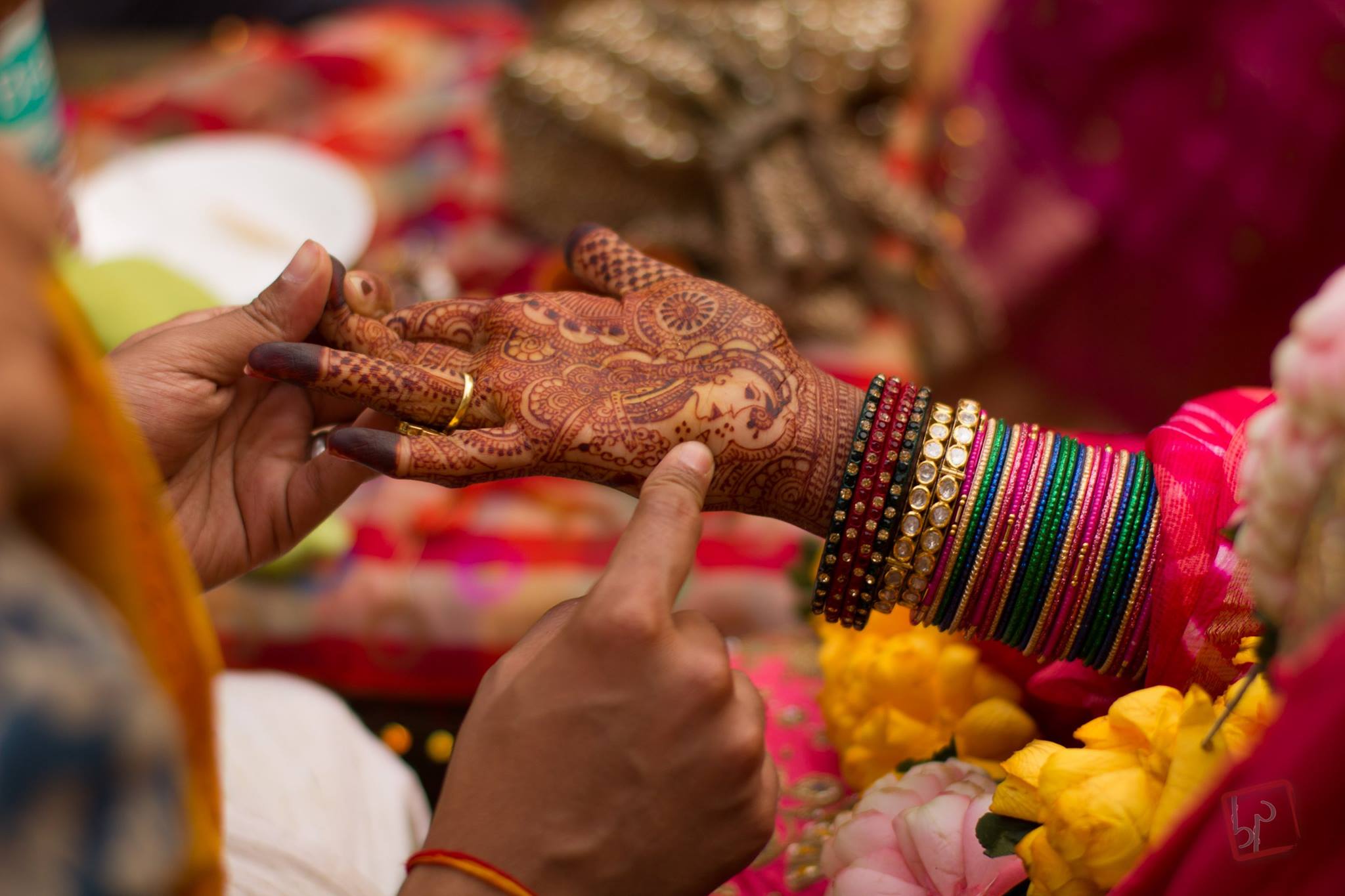 I was frightened with the aspect of marriage. I was very attached to my mother, and she was the only reason I was still living at home. I was sure she would die if I did anything against her wishes. She never accepted me the way I am but she was the only one who had always stood by my side.

I used to tremble whenever I recalled the day when I came out to my family. I didn’t want to create that situation again. I couldn’t run away from home because I was sure my mother won’t live without me. I couldn’t go along with suicide. So I decided to marry, thinking marriage was as good as suicide.

It has been one and half years since my wedding, and I have been dying every day ever since. I saved my family’s reputation and prestige but couldn’t save my own happiness. I don’t remember the last time I slept peacefully.

My father met with a fatal accident a few months ago. I couldn’t even think of divorce when he was alive. I had talked to him about the problems in my married life but he never paid much attention. I tried to become a good friend to my wife but she was never supportive.

I attend some LGBT events like pride walks, seminars and vigils. I feel relaxed from my suffocated life but the feeling doesn’t last long as I am again forced to live the same fake life. It’s high time I took a firm stand for myself. But I don’t know what the next step will be.

Sometimes I feel like coming out loud. I don’t want others to go through this. I want to speak about it loudly. I want to be a part of this LGBT freedom revolution. I want to inspire others to speak. I don’t want this to happen with any other LGBT brother or sister.

Enough is enough. Life is too short to remain suffocated in the closet. I don’t want anything else. I just want some peace and happiness. I don’t want any partner. I don’t want money. Neither do I want name or fame. I just want to live rest of my life honestly and truly. I want to die peacefully. I am not too ambitious now. I just want to be a part of this fight against discrimination, prejudice and injustice. If my voice shall remain shut today, then many other voices like me shall never be heard. What can I do to give my bit? How can I contribute?