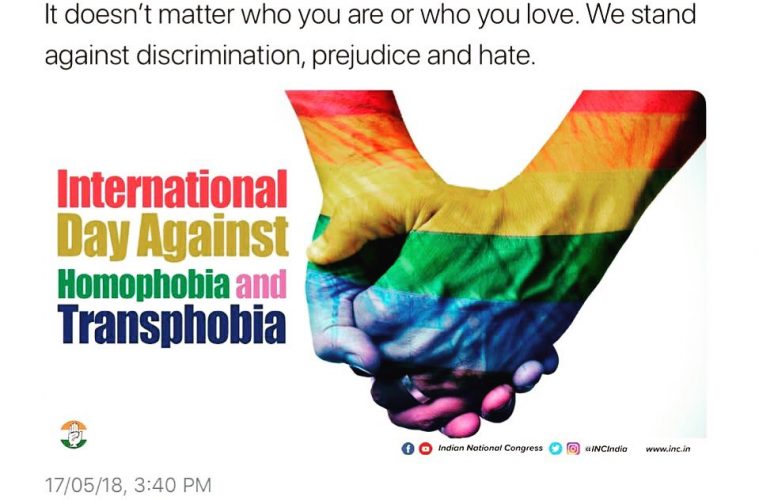 As the world celebrated International Day Against Homophobia, Transphobia and Biphobia (IDAHOBIT) on 17th May, the official twitter handle of Indian National Congress tweeted about IDAHOBIT and wrote that it stands against discrimination, prejudice and hate of all kinds. While Congress and other parties like CPI(M) and AAP have spoken against Section 377, this is the first time that any political party in India has tweeted/celebrated IDAHOBIT and affirmed their support not only for removal of Section 377, but LGBTQ rights in general.

The party tweeted a picture of rainbow coloured hands with “International Day Against Homophobia nd Transphobia” written on the photo, along with the text: “It doesn’t matter who you are or who you love. We stand against discrimination, prejudice and hate”. 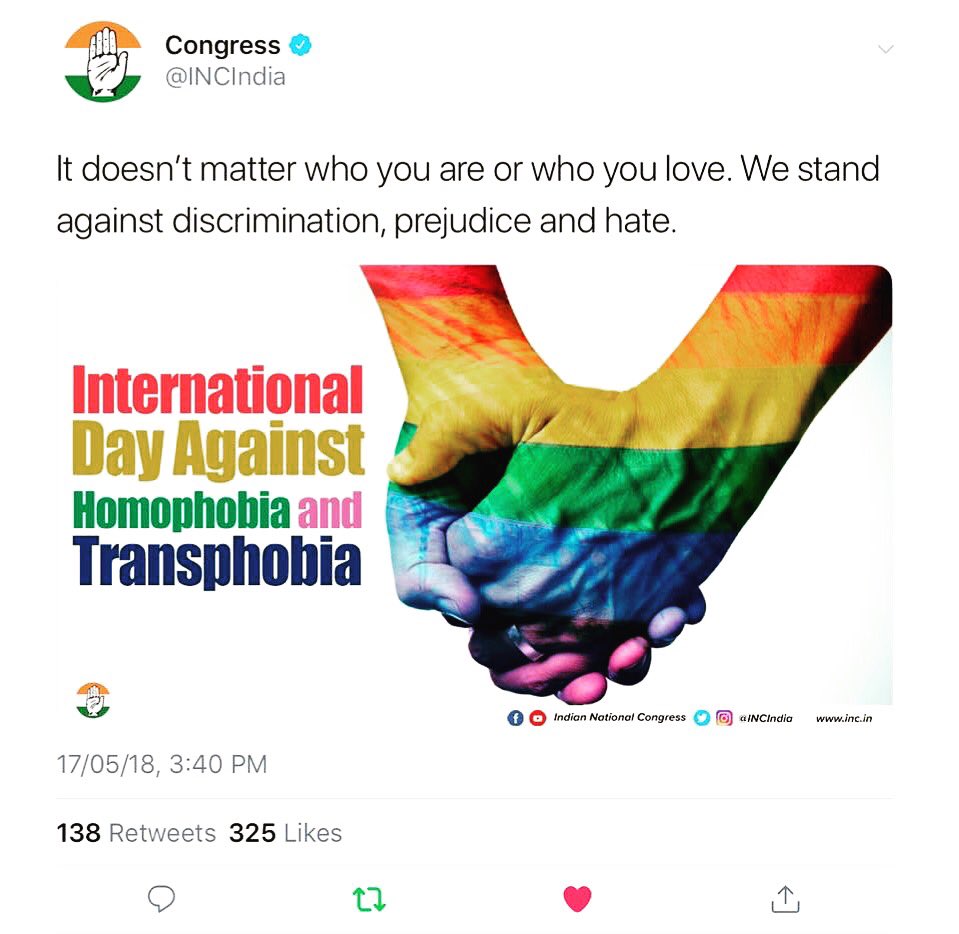 The tweet comes after Rahul Gandhi, at an informal gathering in Bengaluru, had told transgender activist Akkai Padmashali that Congress was ready to remove Section 377. Congress party MP Shashi Tharoor too had attempted twice to introduce a Private Members Bill in Parliament to repeal Section 377. With 2019 general elections knocking on the door and the curative petition to come up in the Supreme Court soon, it remains to be seen if other parties too will come out openly in support of LGBTQ rights or not.