Debate: Has the Indian Govt. made a mockery of the homosexuality issue? 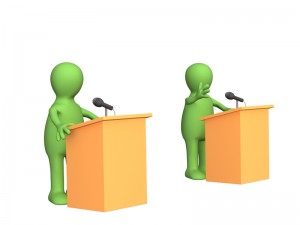 Even as the verdict on Sec 377 and its validity is awaited, the one aspect of this whole case that has left everyone baffled has been the response of the Govt. of India. The Govt. has changed its stance in the court so often that even the judges were left confused and angered as to which stance to accept. Until forced by the courts, GoI decided to remain “neutral” to the whole issue and only after being rebuked by the Supreme Court and instructed to file an affidavit before it did the Government accept that there is nothing wrong with the verdict of Delhi High Court and Sec 377 does infringe upon the rights of the citizens of India. Such flip flops on the government’s part and hesitation to come up in support of the citizens of its own country left us wondering, ‘Has the Indian government made a mockery of the homosexuality issue?’ And this was exactly what we set out to debate online on 31st March.

Held in association with NextGen India, the debate saw active participation by many. Gay rights activist Harrish Iyer, who was a panelist, put forth his view on the topic and said, “I think that the Govt. hasn’t made a mockery of homosexuality. It has made a mockery of itself.” He went on to say that the government has been playing “yo-yo with homosexuals” and wondered why it was so uncomfortable to tell the world that two adults would be allowed to have consensual sex in their bedrooms? Editor-in-chief Sukhdeep Singh countered this by pointing that the government has finally supported the decriminalization, “The government has just been shy, but has pretty much stood for gays now by favouring Delhi HC verdict.” Harish was at his witty best and said that he was only too glad that the government has lifted its ghoongat finally. Maria Bea Tonini (@beatrice108) wondered whether the case would have moved faster with the government support from the beginning, to which Sukhdeep replied that it would have made conditions more favourable, but things wouldn’t have moved faster as courts have their own procedures. To a question by Maria as to what could be the reason behind the ambiguous stand of the government on the issue, Harish noted that the fact that everything in this country takes a religious turn may be one of the reasons behind the unclear stand of the government, while Sukhdeep pointed out that it could be the fear of a political backlash in a country still shy of talking about sex . When asked by the moderator Dhruva Mathur whether cultural considerations might have played a part in the government’s hesitation at accepting the Delhi High Court verdict, Harrish was quick to say, “I wish it was really influenced by culture because India has a culture of homosexuality in our age old scriptures.” Dhruva wondered when the government has a majority in the Parliament, then why has it shied away from amending Sec 377 and whether the elected representatives of the country are purposely denying a section of Indian population their rights? Sukhdeep argued that being a coalition government, the support of allies to make any changes to Sec 377 is also crucial, and the allies need not be on the same platform as the government, and adjournments and walk outs by the opposition on any controversial issue has become a routine. “Among those elected representatives also comes the opposition and not just the government,” he concluded. “No one is so out to support gays.@MeeraSanyal did, as an independent candidate,” Harrish added.

Harish next highlighted the difficulties faced by transgenders in the society. “I feel homosexuality also comes later. What rights do transgenders have in our country? arnt they human?” he wondered. Maria Bea Tonini pointed out that the issue is broader here and not just restricted to homosexuality, and all sexualities need to be protected. “We are just not fighting for the rights of gays, but for LGBTs, which includes all,” Sukhdeep added.

With the one hour coming to an end, Dhruva concluded the debate with the note that elected representatives belonging to political parties don’t support homosexuality and rights for homosexuals must also lead to rights for transgenders.