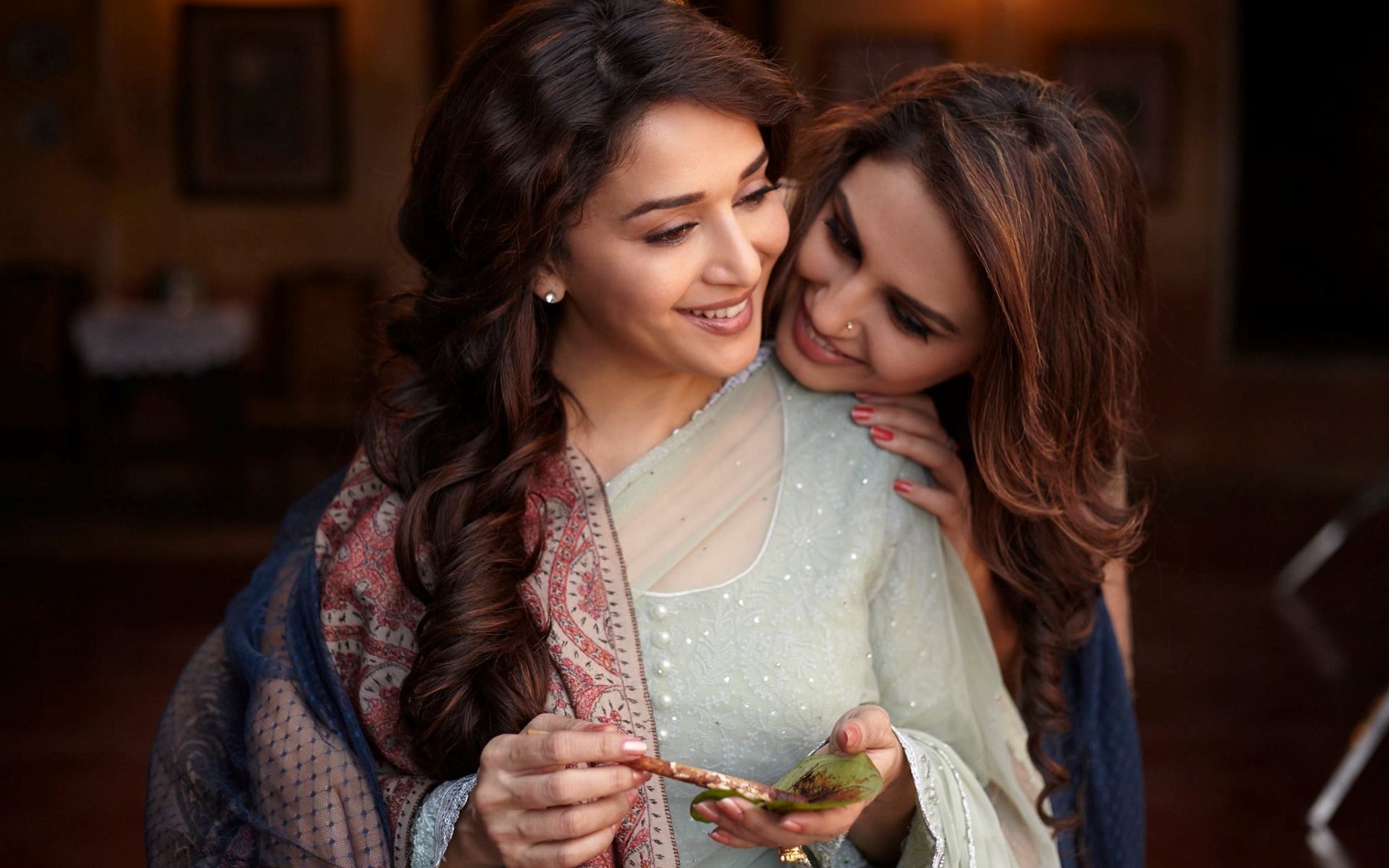 Lihaaf is a short story about Begum Jaan’s unfruitful marriage to a Nawab who indulges himself in the arms of “young, fair and slender-waisted boys” till Rabbu “brings life back to the half-dead Begum Jaan”. 70 years later, Bollywood retells this story of two women who find love and freedom under the quilt in the darkness of the night. What a poetic coincidence that this adaptation of Lihaaf for which Chugtai was tried in court, comes barely a month after Supreme Court’s verdict on 377 which re-criminalizes homosexuality!

Madhuri Dixit-Nene’s ‘Begum Paro Jaan’, a tribute to Ismat Aapa’s namesake, is her best come back so far and earns ‘Dedh Ishqiya’ a niche in Bollywood as an accomplished adaptation from theater to cinema. The film is also remarkable for Huma Qureshi’s pivotal character, the feisty Muniya, in her incipient yet promising-looking career. Arshad Warsi & Naseeruddin Shah’s portrayal of their bawdy, incorrigible Babban and Khaalu-jaan from the prequel “Ishqiya” keep the games of love, lust, sex and of course thievery alive and kicking.

It took 18 years after Deepa Mehta’s avant-garde “Fire” (1996), for an Indian film to centralize the love between two women. The identity politics or labeling – lesbian relationship or not – is the domain of queer theorists. Be that as it may, a remarkable achievement is that ‘Dedh Ishqiya’ raises the bar for narration of the queer experience in Bollywood.

In a beautiful scene played out in light and shadow, the men, who throughout the film dominate with their emotive hi-jinks trying to cajole their women to love them, eventually find themselves sidelined. They behold the women who consummate their love in a mutual dissolution of their shadows in a brilliant display of coquettish eroticism. In a scene reminiscent of ‘Thelma and Louise’, they surpass the restrictions of a male-dominated hetero-normative world to symbolically drive into a sunset they create for themselves, leaving a cloud of dust behind, a depiction of what straying from imposed limits costs a woman to find freedom. In the unforgettable words of the Begum, “Freedom is the most important and beautiful gift of life”. ‘Dedh Ishqiya’ asserts that everybody deserves their own.