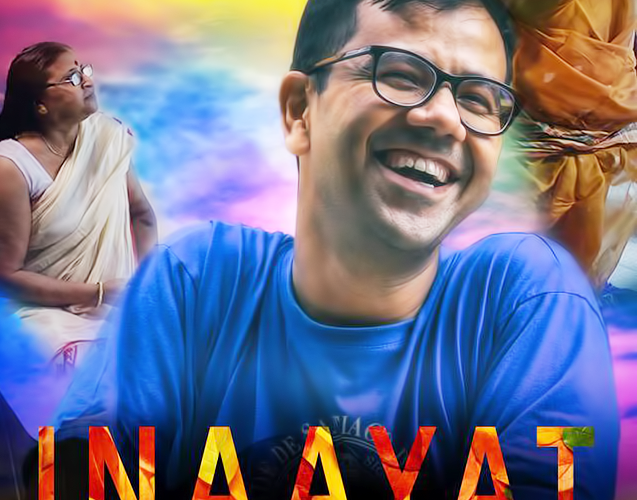 After being screened at multiple Indian film festivals Inaayat, a documentary film intended to explore the nuanced relationship between a gay man and his mother, is going to be screened at Queer Asia Film Festival in London. Based on the life of Professor Himadri Roy, Inaayat is directed by Naveen Tokas and produced by Raghuveer Sandhu from Miss Woomaniya Shows & Films, New Delhi. This documentary film intends to depict the positive side of a gay man’s life and what it means to be accepted by the parents. The film emphasizes on acceptance as a significant game changer in queer people’s lives.

Prof Roy’s mother recognizes her son’s non-normative gender expression right in his childhood, but she never stopped him to get involved into his regular activities or prevent him to explore the avenues available in front of him. His mother would keep a track of his activities in his adolescence, but never tried to stop him from doing what he desires to pursue. She could recognize his desire for same sex persons and would always help him with different tips to build a better relationship with his partner. She would be there whenever he faced bullying from the surroundings. The documentary focuses on how the mother-son duo fought against the odds and reached at an esteemed position.

Queer Asia is a collective of early career researchers, doctoral researchers, and activists housed at SOAS, University of London. The collective aims to create a global platform for queer activists, artists, and academics. Under this venture, the collective first organized the film festival in 2017. This year marks the second installment of Queer Asia’s annual Film Festival. This year’s theme is Bodies X Borders. Bodies X Borders evokes frames of visualizing queer bodies transgressing (norms, nations, identities) in a fast changing global world. The festival will be inaugurated on 24th June and continue till 29th June. Inaayat will be screened on Day 1.