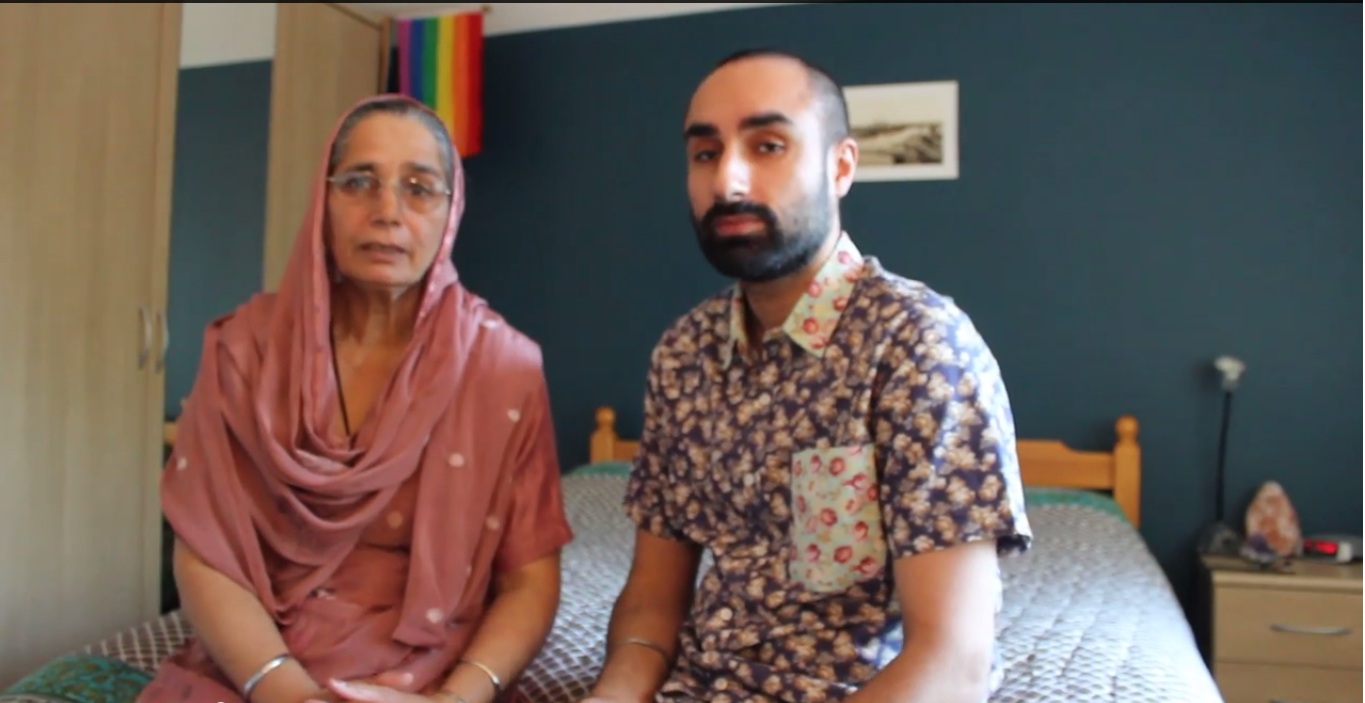 Manjinder Singh, who is working on the LGBTQI Asian movement in UK and India, has uploaded a video where his mother answers questions about homosexuality, and also talks about her own journey of accepting her son’s sexuality. The video is in Punjabi, which according to Manjinder’s blog post, is “by the requests out there so you can show to your parents!”

In the video, Manjinder’s mother urges other parents to accept their child’s sexuality as it is god given. She also asks them not to try and change their child’s sexuality as it can affect them mentally. She says that despite what people may say, sexuality cannot be chosen or changed, and even she had to hear such things from the society. She then talks about her journey of accepting her son’s sexuality, that she had never heard about homosexuality before; and that she even went to doctors but everyone said it was a natural thing. She also strongly opposes forcing gay men or women into heterosexual marriages as it destroys two people’s life, and urges parents not to perform such marriages, or kill them due to their sexuality. She concludes by saying that they would help parents struggling with accepting their child’s sexuality and asked them to talk to them if required.