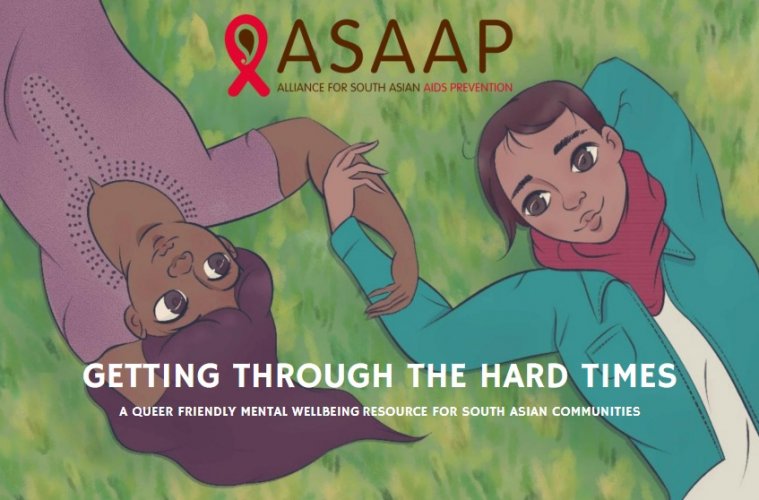 Further, the Alliance for South Asian AIDS Prevention is a Canadian non-for-profit organization based in Toronto, Canada that serves South Asians and culturally related communities who are affected or living with HIV. This service provides multi-lingual support programs, workshops and resources for men, women, transgender, non-binary, LGBTQI, and MSM (men-sleeping with men) South Asians

Mental Health is gaining awareness especially with prominent Canadian National campaigns like Bell Let’s Talk; however, the cultural specific elements and barriers are still not discussed, especially for those who are newcomers and/or racialized LGBT people. In a study called AIM (Access, Identity and Men – http://www.ohtn.on.ca/aim/), which was conducted by ASAAP, in partnership with Ryerson University in 2015, of the 39 South Asian gay bisexual men interviewed in Toronto; the majority reported anxiety or depression due to social isolation, family rejection, fear of rejection and/or stigma.

Well being is tied to the community, identity, and feelings of belonging, as was stated by the team of 5 advisory members and a group of 10 youth from the community who were part of creating the project. When asked about some of the ways they used to feel better, many cited practicing their spirituality, drinking chai, along with practicing their cultural traditions, and seeking support from their peers. Many youths stated challenges finding therapists that are affordable who have a cultural understanding of challenges youth face, or that speak their language as some feel more comfortable expressing their issues in other languages. These challenges and coping methods are often overlooked, and are not mentioned in more mainstream resources.

In creation of this project, ASAAP reached out to local artists in the community to illustrate the resources, The Frizz Kid (http://thefrizzkid.tumblr.com/) and Jasmine Persaud (https://www.facebook.com/jasminedrawing/). The organization wanted the illustrations to represent the diverse queer south Asian communities in Toronto, by depicting different clothing styles, religious affiliations, and skin shades, as well to appeal to newcomers in Canada.

Despite the resources being Toronto based, this program hopes to address various topics such as how to respond during crisis, or how/where to find low cost or free support in various languages, as well as some do-it-yourself (DIY) ways to improve one’s mood.

Check out the the resource below: