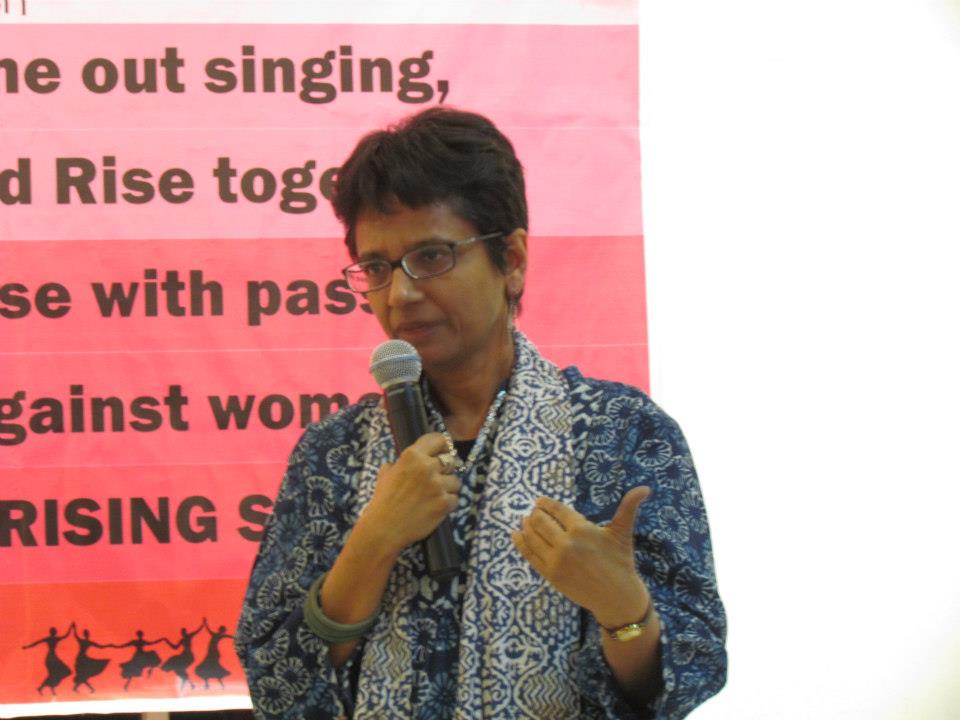 Delhi’s prestigious Jawaharlal Nehru University hosted a film festival on the theme of Men and Boys for Gender Justice. Kumam Davidson talks to Smriti Nevatia, curator of the film festival and finds out more

What thoughts triggered the festival? Who all were behind it?

The India chapter of IAWRT (the International Association of Women in Radio and Television) was asked to curate this film festival for the 2ndMenEngage Global Symposium 2014 in Delhi, the theme of which was ‘Men and Boys for Gender Justice’. The larger idea behind the Symposium, and hence the festival, was that since gender-based violence is largely perpetrated by men and boys – and patriarchy is harmful to men as well – we need to engage men and boys in the project towards gender equality and justice. Many groups worldwide that are now working with this focus are building – it must be said – on the many, many decades of work by the women’s movements.

Centre for Health and Social Justice, an NGO in Delhi that was organising the Symposium, brought us on board at the instance of renowned feminist and activist Kamla Bhasin at Sangat South Asia. IAWRT India has a track record in film festival curating and programming, and I myself have been fortunate to have had the opportunity to curate two other festivals for them, as part of the ‘Our Lives…To Live’ series, the first edition of which was titled ‘NO! to gender violence’.

Can you brief a bit on the theme of the festival?

The theme is clear from the name of the festival – ‘Men and Boys for Gender Justice’. Within that broader idea we had seven tracks or sub-themes which questioned dominant forms of masculinity and looked for alternative masculinities. The tracks allowed us to explore violence, health, emotions and care, non-normative sexualities and non-binary genders, structural problems like poverty and also militarisation and fundamentalism. Most crucial, however, was to see how all these aspects are linked together under patriarchy. A great way to understand these sub-themes and links is to watch this talk which I sourced for the film festival:

What was the curator’s experience while selecting these films?

It was quite a learning experience for me. Some of the submissions that came in amazed me, because I had no idea that there were so many groups working with men and boys worldwide to change attitudes, behaviour and mindsets. However, the films and videos documenting such projects comprised one third or less of my selection. The challenge was to find enough variety in terms of content, style, and genre. It was a nerve-racking task, actually! The thrill of finding so many apt works was offset by the disturbing issues many of them raised and the harrowing social realities they reflected – but then the idea of such a festival is to engage, to enable dialogue and introspection, to push us to question our own privileges. In that sense, I think it all worked out well. I’m happy I managed to include some significant classics as well as a fair number of entries from film schools, animation and short fiction as well as documentary, highly complex and cinematic works as well as simple yet powerful testimonials of personal change. Besides that, some of my curatorial fun and joy came from including films that might not seem like obvious choices for such a festival, like Gitanjali Rao’s animated short fiction ‘True Love Story’. 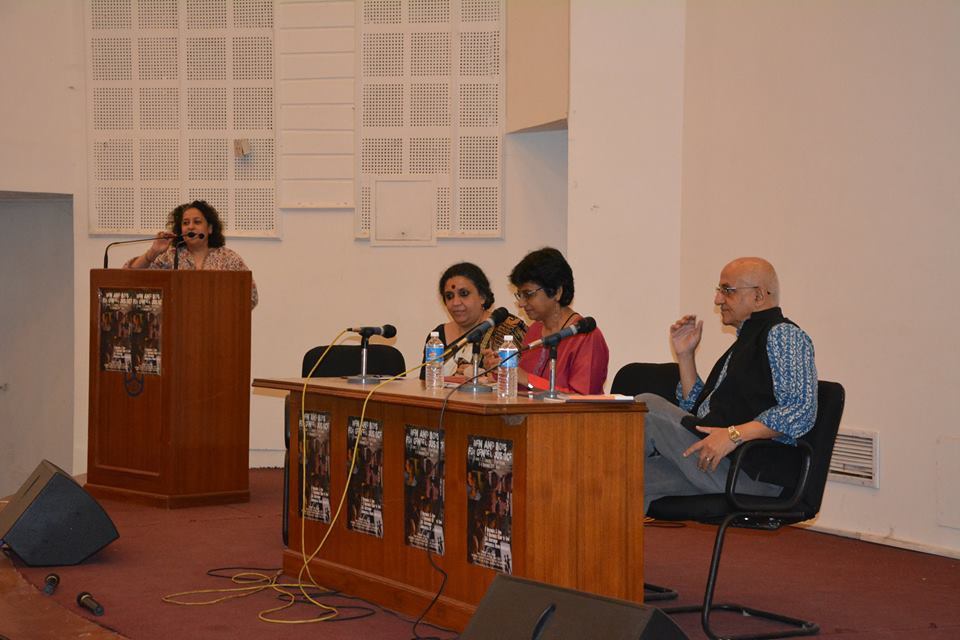 Any favourite film or films? Why?

Personally I respond to films that have things happening below the surface – where visuals and sounds create layers that tend to affect us more deeply than the obvious narrative or dialogues. At the same time I respect integrity of form and purpose, dislike pretentiousness, and love humour, irony, playfulness. So these things are anyway my guiding stars as a curator. For such a film festival, however, one has to include many kinds of works – you can’t just go by your own cinematic tastes but have to think of what sort of useful discussion a film might enable, and which films might work well together in order to make broader connections.

Having said that, my personal favourites include Valeria Sarmiento’s ‘A Man, When He is a Man’, Peque Varela’s ‘1977’, Visa Koiso-Kanttila’s ‘Father to Son’, David MacDougall’s ‘Gandhi’s Children’, Andreas Koefoed’s ‘A Day in the Smoke’, Lalit Vachani’s ‘The Boy in the Branch’, Maremi Watanabe’s ‘Girl in a Box’… there are just too many, this is just off the top of my head, and if I’m asked another time, my list is bound to be different! 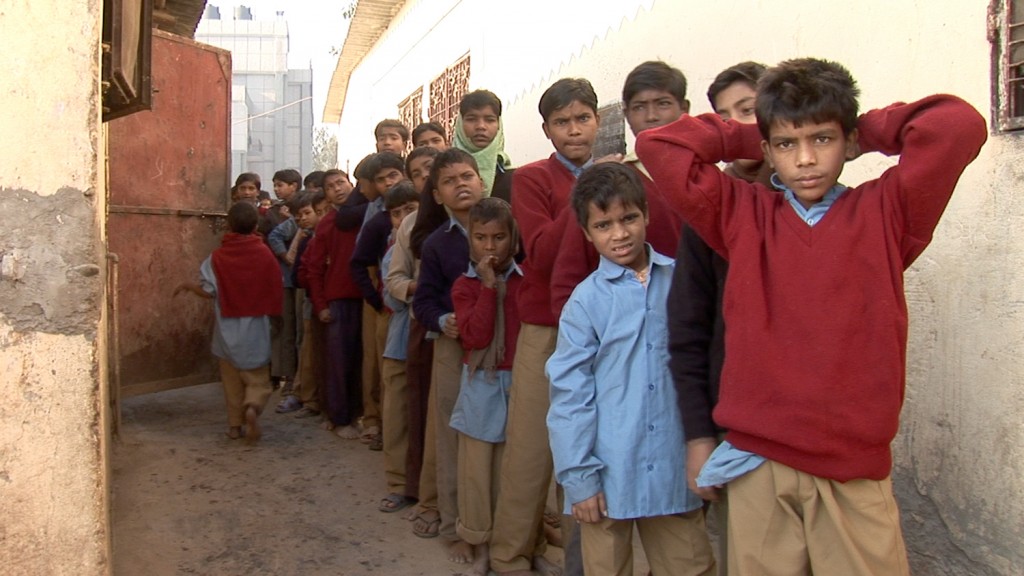 A still from “Gandhi’s Children”

How was the audience response?

I was pleasantly surprised by the audience response to many of the films while seeing them again myself during the recently concluded 3-day event at JNU. They were more absorbing than I remembered! The Must Bol campaign shorts were extremely effective in questioning assumptions and generating conversations. The longer films also had people riveted. We did not get large audiences, but we did get engaged and committed viewers. Mornings were thinly attended, but the inaugural evening as well as the following afternoons and evenings had more people coming in. While the films were of course the main draw, I really think it was the way the films spoke to each other that made the experience more meaningful for those who came. And then the discussions made it all come together. We had provocative topics and wonderful panellists, including many of the filmmakers. Many viewers took an active part in the discussions, and on the last day especially we had many more people really opening up and participating. We tried to encourage people to speak in Hindi/ Hindustani as well as English, and that bore fruit.

Did I hear it right that the film festival might travel to another city?

Yes, the package is available to groups and individuals who might want to create their own festivals from this collection of 70 films. We screened roughly half during the festival at the School of Arts and Aesthetics, JNU, and several films not shown there were screened at the Habitat Centre during the Symposium. Many people who came for the Symposium screenings, including delegates from abroad, expressed a keen desire to use these films, and so the Men and Boys for Gender Justice Film Festival will most certainly be travelling not just to other cities, but to other countries as well, and also to smaller towns, campuses, bastis, and non-urban spaces.