“There will not be a magic day when we wake up and it’s now okay to express ourselves publicly. We make that day by doing things publicly until it’s simply the way things are.”

A simple yet powerful quote to normalise perception of people towards fellow people belonging to the LGBTQIA+ community. The famous quote is by Tammy Baldwin the member of the U.S. Senate from Wisconsin. The first openly gay senator of USA who is trying to create equal rights for the LGBTQIA+ community. So that they can marry any person of their choice also giving them protection and equal rights at their workplace.

With pride month, let’s see the different ways in which people celebrate this colourful month. Before we come there, here’s a simple question for you:

WHAT’S INCLUSION FOR YOU?

A safe environment for all people. Every young person, regardless of their sexual orientation or gender identity, deserves equal access to opportunities and services and their safety should be protected- Lesbian, Gay, Bisexual, Transgender, Intersex or Questioning (LGBTIQ+). Similarly inclusion at workplace means all employees feel safe to project their identities without any fear of rejection or discrimination

Are you also wondering why there is a need for discussion about inclusion as there are fair and equal opportunities for all. A Williams Institute research of 2021 found 45.5% of LGBT employees reported experiencing unfair treatment at work, including being fired, not hired, or harassed because of their sexual orientation or gender identity at some point in their lives. There are lot of issues that are experienced by LGBTQIA+ community, some of them are mentioned below

Do you want to be someone to recognize and help when they are experiencing such issues at work or even in any social situation? Do you know body language can help to do so? Yes, as we know body language is observing and understanding the different signals that people give to indicate what they are thinking or feeling.

When an individual experiences anxiety they would close down or would take less space than normally they do. They may freeze (one of the three Fs- Freeze, fight, flight- are our automatic response to threat). Or they would fidget or have a constant movement, or bite their nails or even lips or purse their lips. They would even avoid maintaining eye contact or sweat a lot. There would be changes in their voice too. These are some ways in which they are indicating through their body language that they are not comfortable or are experiencing anxiety

So when someone around you is showing these signs you can try and see the cause and try to help them. For observing these signals one needs to be trained. We can help you as we have training programs for you to recognize and observe these signals.

Organisations, and in general society, have been trying normalise and include people from LGBTQIA+ community to avoid discrimination. There have been drastic changes that have taken place but there are still loads to do. We have seen the portrayal of LGBT community in various movies and shows. Some have tried to highlight issues whereas some others have tried to normalise them. One of the recent shows called Schitt’s Creek was a perfect blend of humour and a beautiful depiction of homosexual relationship.

It has a very natural portrayal of the character David Rose who is a pansexual (someone who is gender blind that is sexual, romantic, or emotional attraction towards people regardless of their sex or gender identity). There is no homophobia (fear of or prejudice against homosexuals) shown by anyone in the show. A first of its kind example maybe more shows and movies will follow suit.

You may ask: Why is then there a need for training, as everyone tries to be accommodating and accepting of all? But do you know your body language may say otherwise. Say while interacting with them you may not face your entire body towards them, the distance between you and them is way too much than you normally take, you may look around and not at them or constantly check your phone while speaking with them. No indications are given to indicate that you are listening to them like nodding, or smiling or any other response which you would give normally. Sometimes people aren’t aware what such signals could indicate and make them less inclusive due to these signals. So even if you feel you are inclusive your body language may say otherwise.

Now let’s see some pioneering organisations who have an inclusive culture. Uber – one of the organisations which has a fair and equal treatment and protection for all LGBTQIA+ employees.  They also have community and inclusion training for their employees of LGBT+ community.

Then we have the first Fortune 500 Company to provide same-sex domestic partnership benefits way back in 1993- Microsoft.  It is the first organisation to provide non-discrimination policy. Here employees feel the safest to express their sexual orientation. There have been times where parents know that their child will be happy and safe if they join Microsoft when they grow up belonging to the LGBT+ community. Such assurance is not easy to have but employee’s experiences and the organisation’s policies have created an empowering culture for all.

So, what is your organisation doing to create an inclusive environment or what are you doing to accommodate people belonging to the LGBT+ community? Think as it’s high time that we should normalise and accept people as they are and how they identify themselves, and not create groups or discriminate against anyone belonging to any race, identity or orientation and accept them. With these words let’s celebrate and a very Happy Pride month to all. 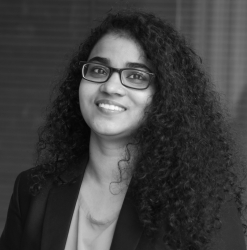