From Factory Floor to Lok Adalat: The Journey of A Transgender Judge in West Bengal

Sintu Bagui was 14 when she dropped out of school and started working in a plywood factory. For $1 a day, she hauled heavy sheets of wooden board and did assorted cleaning jobs in brutal 12-hour shifts. Her hands were bruised and blistered at the end of each day, but it was better than the government school she was supposed to attend.

“Every time I walked into school, I died a little,” Bagui, who identifies as a trans woman, recalls. “I did not want to use the boys’ washroom, I did not want to wear a boy’s uniform, and I was tired of hearing boys and teachers bullying me to be less like a girl.”

Bagui’s mother, a sex worker who lived in a red-light area, was devastated. It had not been easy to enroll Bagui at the school.

“The school wanted my father’s signature and wanted him to enroll me,” Bagui says. “They probably suspected my mother was a sex worker and tried to turn us away. But some parents from the school protested and made them take me in.”

So when Bagui quit school, her mother — worn down by a hard life of endless marginalization and struggle — lashed out violently at Bagui. Bagui’s mother died in 2012 when Bagui was 20, unable to come to terms with her child’s gender expression.

It was only after her mother’s death that Bagui wore a sari and jewelry for the first time.

“My mother always kept saying, ‘Be like a man, be like a man.’ So I never felt like dressing the way I wanted to around her,” she says. After her mother’s death, Bagui says, her family tried to marry her off to a woman as a ‘cure.’ “Here I was dressed in a saree and bangles, and they were trying to find a bride for me,” Bagui says.

Today, at 27, Bagui is a trans rights activist with Anandam, a nonprofit working with some of India’s most marginalized communities in small towns and settlements where LGBTQ people struggle to find support groups, civil society organizations and lawyers to fight for their rights.

What happens when someone like me, in a small town or village in the country, is trapped by these social conditions? Who does he or she reach out to? There’s almost nothing and nowhere they can go

In conversations, Bagui preferred to use LGBTKH, where the traditional words “kothi” and “hijra” — rather than “queer” — speak more closely to her lived experience. Bagui continues to live where she grew up in Gorabagan, the red-light district of a small town called Seoraphuli, an hour’s drive from Kolkata in the east of India.

“Imagine what happens in small towns where there’s no immediate support nearby and the police and residents are hostile,” Bagui says, describing the hardship of transgender people in small-town India. “Most of them are poor and uneducated and have been shunned by their families. They don’t read about landmark judgments.”

From Factories To Activism

The memories of Bagui’s time at the plyboard factory still traumatize her.

“I was so young and desperate then, I barely realized how I was being abused,” she said. “I used to put up with men grabbing my chest, pinching my butt, poking me while smiling and cracking jokes.”

But she stuck with the job because she needed the money. After years of sex work had taken a toll on her mother’s health, their family of five often ate little more than a handful of vegetable fritters and puffed rice.

A year into her time at the factory, she found a job at a stationery shop near her house, which is where she first met a group of transgender people. One day, on the pretext of interviewing for another job, Bagui followed the group to a rundown house where a large group of trans women and intersex people lived.

“For the first time, I felt like I belonged to a place. People were in women’s clothes, they were cursing, laughing,” she says.

From that day on, Bagui often escaped from work and went to the house, where she finally found what she calls “a community.” At the same time, with help from another trans woman there, she enrolled in dance classes.

“In those moments, I could actually breathe,” she says. However, her luck soon ran out.

Once, a neighbor she had previously confided in told her mother that Bagui was mixing with “transgender people.” Her mother beat Bagui, weeping and shouting at the same time, till the teenager couldn’t move.

These experiences, Bagui said, kept her close to the ground when she began working as an activist later.

“What happens when someone like me, in a small town or village in the country, is trapped by these social conditions? Who does he or she reach out to? There’s almost nothing and nowhere they can go,” she says.

When Bagui was 18, she started working with a sex workers’ welfare union in Kolkata as a health worker. “I had lived enough to know how the world works,” she says. She was a field worker, raising awareness among the MSM (men who have sex with men) community about the need to use condoms, the threat of HIV and places to get screened for the virus.

Once a judge in a local court in Kolkata asked how can he just declare a person a transgender. ‘What if you become a man tomorrow again?’

“The oppression people face from living in the margins is quite terrible. I have seen the kind of abuse my mother faced,” she says. “Trans women who are sex workers face twice the torture, people refuse to pay, refuse to use protection, rape and beat them.”

In 2014, the Supreme Court formally acknowledged transgender as a “third gender.” The judgment has significant repercussions for civil rights, rights of inheritance, and it directs state governments to set aside government jobs for the community. Yet very few people actually understand the judgment or its implications, so Bagui is breaking down the court’s decision into simpler terms and translating it into the Bengali language to make it more accessible.

“The next step will be to distribute the translations and educate them on the importance of the judgment,” Bagui says. “So if anyone tries to harass them, they can fall back on the document and challenge the infringement of their rights.”

In 2018, students of the University of Pennsylvania traveled to West Bengal to make a film about the trans community. Bagui worked with four other trans people for the film and helped direct. Screening the film also took Bagui on a 40-day U.S. tour of universities.

“I just realized that the kind of abuse the trans community faces is the same across the world. I met trans women who left their families after facing abuse and violence and lived on the streets, people who were abused by families of their partners, heard stories of women attacked and killed,” she says. However, one thing that was reassuring was the presence of toilets for the third gender in many public spaces in the U.S.

“We really need that in India. Otherwise, we are shooed away from and insulted at women’s and men’s [toilets] here,” she says. Bagui is still identified as a man on her passport and had avoided updating it to get out of arguments with judges.

“I have helped others get affidavits, and at times it’s infuriating. Once a judge in a local court in Kolkata asked how can he just declare a person a transgender. ‘What if you become a man tomorrow again?’ the man said. It’s just annoying,” she says.

As a result, Bagui says, she had to use the men’s washroom at Heathrow airport, during a London stopover. “I had tried to look as manly as possible. I wore a loose T-shirt over pajamas and didn’t do my eyebrows for a week,” she said. But the security near the washroom stopped her on spotting the chipped nail paint on her long nails and a ‘ladies bag’ she was carrying. “She didn’t even know where to send me,” Bagui says, adding that the women she works with in India face these indignities every day.

A section of transgender people have openly allied with far-right Hindu groups, creating fissures in an otherwise united community

Earlier this year, Bagui was selected to become a judge in a Lok Adalat in Seoraphuli, her hometown. A Lok Adalat is a local court convened occasionally by legal authorities of districts in India to amicably settle disputes that are in pre-litigation stages. Lok Adalats are usually comprised of ex-judges, a government official and a social worker. Bagui was the second transgender person in West Bengal to be selected to oversee the proceedings of the Lok Adalat.

“It is important to get such visibility to raise awareness about issues of the community,” Bagui says.

While she emphasizes the need for the community to work together, the present political regime, which has been busy polarizing people on the basis of religion, is a threat, she says.

“There’s no religious polarization among sex workers and trans people. Both have been discarded by people of all religions and hence band together,” she says. A section of transgender people, she adds, have openly allied with far-right Hindu groups, creating fissures in an otherwise united community.

“For us, Muslims do namaz [Islamic prayers] and participate in Pujas [a Hindu prayer ritual] and Hindus celebrate Eid [an Islamic holiday] and do Pujas. I am afraid that is under threat,” she said. 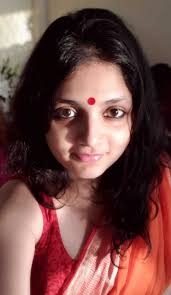