For the 1st Time, LGBTQ Pride March to Be Held in Amritsar on 23rd June 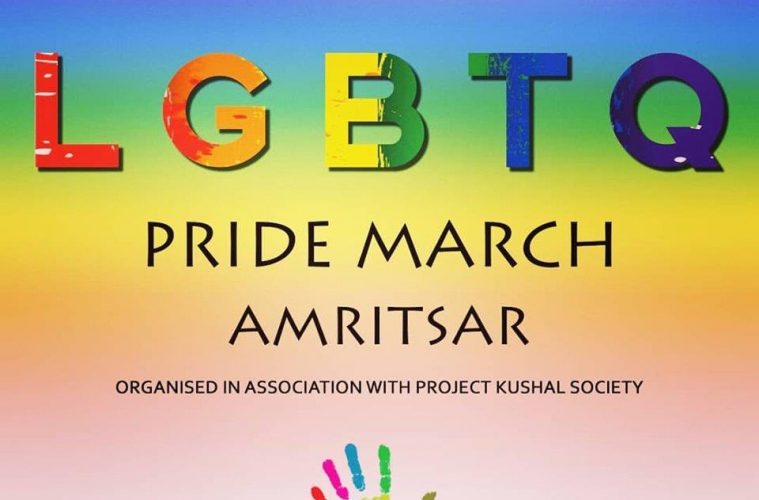 Led by two teenagers, Amritsar will be holding its first LGBTQ pride march on 23rd June, making it the first pride march of Punjab. The march will start at 5pm from Rose Garden, and cover Ranjit Avenue, Green Avenue, Maqbool Road, Anand Venue and culminate at Rose Garden again.

The march is being organised by two fresh-out-of-school teenagers Ramit Seth and Ridham Chadha. Speaking over phone, Ramit said, “We had given our 12th exams and were basically waiting to join college, when one day Ridham shared over her Insta story about pride march and we got talking that why can’t we have one in Amritsar? That’s how the idea came and then we worked on things for the next couple of days and sorted out the police permissions etc. By 3rd June we had obtained all the required permissions to hold the march.”

While the organising team and volunteers comprise mostly of teenagers and students in the age group of 17 – 20 years, the organisers have collaborated with an NGO from Ludhiana called Project Kushal that promotes extra curricular activities among underprivileged children, which is providing them with posters and banners. The cost of organising the march is being borne by the organisers and volunteers.

Ramit pointed out that though he is friends with many LGBTQ people, most LGBT people in Amritsar are closeted and refuse to accept themselves because of the way the society looks at homosexuality. He denied having faced any opposition or criticism of the pride march from any local groups or people and said that they haven’t faced any hurdles.

You can check out details at the Pride Event Page