Survivors Speak: What It Really Is For Cis-Hetero Women Who Are Conned Into Marriage By Gay Men 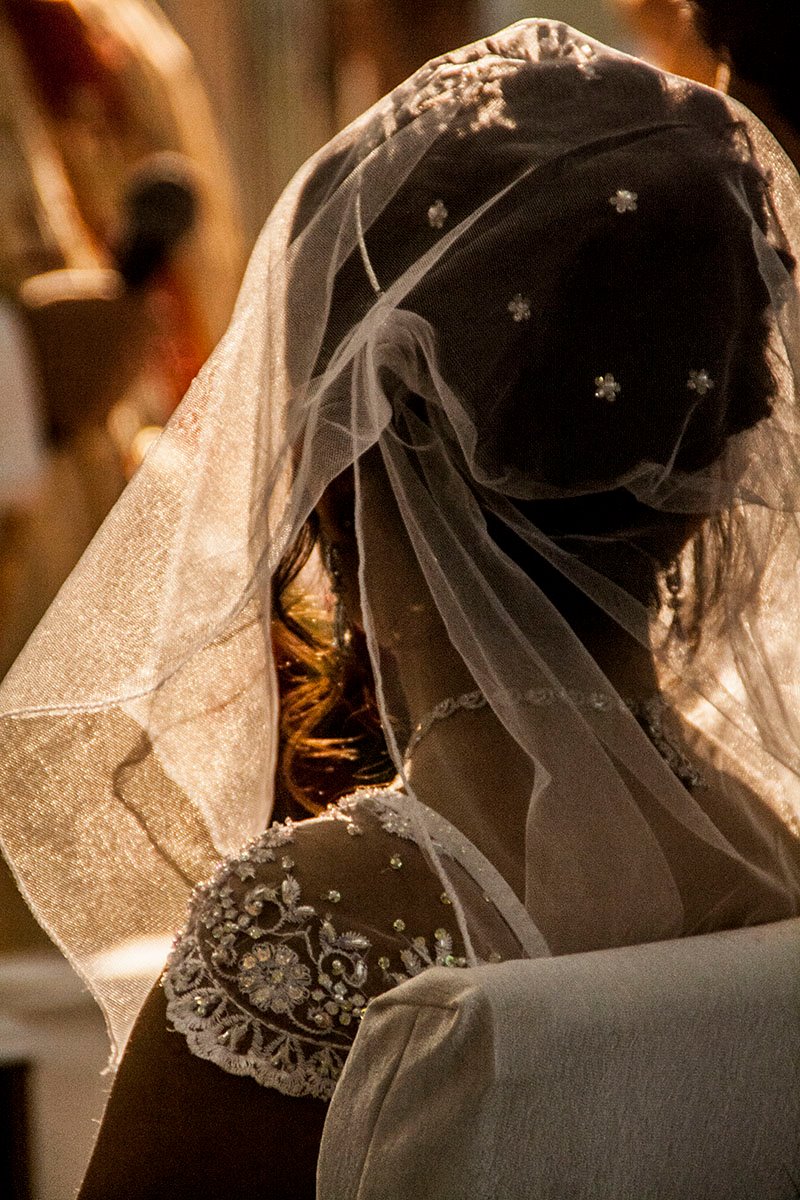 Rachel still remembers that feeling when she first heard her husband of three-and-a-half years was gay. She had just returned to her parent’s home after being brutally beaten up in the middle of a busy Mumbai street.  Rachel was in a terrible state with no one to help.

Those slaps that night kept ringing in Rachel’s head, constantly telling her,  “THIS MAN DOES NOT LOVE YOU”, and she realised it was the truth.

That realisation left her numb. A part of her deeply wanted her marriage to work, but the slaps had drowned out all pacifying voices. “I don’t know what else to do to make my husband love me or at the least, consider me worth his time”, thought Rachel as she roiled between considering all manner of placatory action and a deep sadness that recognised the hopelessness of it all. After three-and-a-half years of trying everything to make this marriage work, she was exhausted and disoriented. His perplexing behaviour and constant emotional abuse made little to no sense. She was tired of rationing out plausible reasons for his bad behaviour anymore.

This was right before she was told of an incident that involved her husband making overtly sexual advances towards another man. She knew that he was a cheat. That he had been hiding his true sexual identity all the while. Suddenly, the jigsaw fit. She could now understand why he did what he did, and also, why he didn’t. And just as suddenly, she felt as if a huge weight had been lifted.

“I didn’t feel guilty anymore. The constant refrain of not being a good-enough wife and daughter-in-law was silenced. It wasn’t me. It was him.”

Being married to a closeted gay man definitely does a number on your mind. Besides the abject self-esteem-shattering sexual rejection, the systematic and intentional emotional abuse chips away at you day after day and breaks down your spirit and harms your self-worth.

Rachel understood later that a gay spouse sees the straight spouse as nothing more than a hindrance that stops him from living their homosexual life fully and truly.

The mere presence of a wife is the gay husband’s constant reminder that his life is a lie. He holds her responsible for his state of a living lie, and consequently, treats her with derision and contempt.

Never mind that it was his decision to marry a woman. Never mind that she did not know about his homosexual identity and had been made an unwilling cover for his lies.

Rachel’s husband made no effort at forming an emotional bond. He stonewalled her off about everything about himself, his work, his finances, even big and small events in his family.

He refused to give her any details about the home loan he was paying off or that a cousin was expecting their first child. The cake she baked for his birthday was binned as it caught fungus after a week of being ignored in the fridge.

He was indifferent about what she did too, how she spent her time, he had no idea about her meltdowns at work or her thoughts of throwing herself in front of the train on her daily commute.

Just as he blatantly spurned her in the privacy of their home and in their private life, in public, especially at church and social gatherings, he was at his charming best.

She didn’t tell him about his parents’ put-downs in his absence, and he ignored her tears when he didn’t stand up for her when they questioned her character in his presence. He was not interested in visiting her widowed mother who lived nearby for Christmas, her birthday or for any other reason.

He didn’t even try.

He would even be angry if ever requested to switch off the TV during dinner so that they could have some conversation.

His absolute disinterest was only towards Rachel. Towards his parents, his sister and her family, his extended family, church mates, he would be joking around, ever ready to lend a helping hand, even going out of his way to reach out. He was even recognised as the Best Son of The Church in his home parish. His public reputation as being calm, dependable, and trustworthy was impeccable.

Just as he blatantly spurned her in the privacy of their home and in their private life, in public, especially at church and social gatherings, he was at his charming best. “I could intertwine my hands in his, lean on him, sit near him, even get a little amused smile and a small pleasant conversation—I was never set aside in public. He played the doting husband for the world outside to the hilt,” Rachel recalls.

However, the minute the car doors shut and the windows rolled up, his displeasure at her presence would be made evident. He would snap back, drive too fast and rough, and her petrified requests to slow down would only be met with a look of utter disdain. “I realised I had no support from him for any activity. Instead he would constantly pick up arguments, and I would be accused of belittling him to his friends in church, not spending time at home, not helping in household chores, not sacrificing enough, not speaking respectfully to his parents. In fact, I was told I did not know how to speak to people at all.”

Living two lives had turned Rachel into a nervous wreck. She was constantly on tenterhooks, not knowing what would trigger his fury next. She oscillated between dread, hurt, confusion, scenarios of what she should have said and done, and the hope “everything will be better when there is more love, more patience, less stress.” To keep the peace or just a semblance of a bond, Rachel kept telling herself that she should be more polite, more graceful, nicer, more understanding, more patient.

Needless to say, the physical intimacy was non-existent. They lived with his parents in a 1BHK apartment, and at the onset of their marriage, he insisted his parents take the bedroom, citing their age and his responsibilities as the only son.

This meant that they slept on a sofa in the living room, after his parents retired to the bedroom post watching television till nearly midnight.

As might be expected, any opportunity for intimacy was knocked out.  Despite her protests, this sleeping arrangement continued for the first one-and-a-half-years of their marriage.

At home, all her attempts at stirring his interest were coldly rebuffed. “If my hand accidentally fell on his body whilst asleep, he would immediately set it aside,” she said. Six months into their marriage, when she asked him if it did not bother him that their marriage had not been consummated, he just shrugged.

If he wasn’t working late, watching TV, playing games on his computer, or complaining of a backache, he would be sleeping for hours on end, citing exhaustion from work. Lingerie, music, perfume, food, humour—nothing seemed to work.

“The constant rejection was humiliating, and forcing myself on him for affection and being pushed away every time was demeaning. The one time I insisted that he go to the doctor and fix his back because the absence of sex was affecting me, he started screaming and lashed out at me with the vilest abuses, name calling and slut shaming.”

Her marriage, which lasted three-and-a-half years, remained unconsummated till the end. Over time, the overwhelming stress of holding the marriage together, recurring frictions with his parents, and her deteriorating health exhausted me so much that she said, “All I wanted was a chance at some sleep.”

Being the object of his constant anger, contempt and sexual humiliation affected her badly. Rachel felt trapped, she was constantly on-guard, sleep deprived, and was constantly replaying conversations in her head.

She also felt intensely lonely, unattractive, had no confidence about even using an escalator. She didn’t smile or laugh anymore, and had no song in her head. She badly wanted to have a child but also knew a baby would only aggravate the situation. She saw other couples support each other, heard colleagues’ talk fondly about their husbands and longed to join those conversations.

There were other signs that Rachel’s mental health was taking a hit. Her eight-year-old niece told her mother, “She was afraid to be around me as I was constantly arguing silently to myself. My angry mental mimes were scaring her.”

Cis-gay men exercise their patriarchal privileges when they choose to marry women out of family pressure, their need for a fresh start in life or whatever other reason.

Her siblings and mother noticed it too, and brought her back to the present whenever they saw her at it, and it happened quite frequently.

She was also experiencing sleep paralysis. She would also be easily startled, was strenuously fighting off suicidal thoughts, and having nightmares regularly.

She struggled to concentrate at work, and was also pulled up for the same.

It has been eight years since Rachel ended her marriage. She has come a long way since in healing her body and spirit. The unconditional encouragement and strength of her family and friends, and the love of God kept her going.

“I have been able to set new standards for my life. I laugh more often, dance at every chance, and look forward to everyday.”

Rachel’s ex-husband remarried again. He was granted permission to do so by the Church despite the Bishop and priests being told by her family that he is gay. His second marriage lasted a year-and-a-half. The second wife experienced the same abuse, violence and lies. She was assaulted several times, and thrown out of the house when her family complained about it to his parents. He faces a criminal case. He was also made a member of the managing committee of his parish.

In an Indian society, a divorced woman is more likely to be looked down on than a divorced man. Cis-gay men exercise their patriarchal privileges when they choose to marry women out of family pressure, their need for a fresh start in life or whatever other reason. Seldom do these homosexual men understand that their act of betraying their own selves and these women causes their straight partner to battle unrequited mental health wars, leaving them traumatised and scarred for life.