Bengaluru’s pride march this year on 20th November took place on a pleasant sunny afternoon, but was underlined with the recent brutal murder of Tara, a transgender outreach worker in Chennai. The march, led by ‘Dykes on Bikes’ had two broad dress codes: colourful for LGBTIQ rights, and black to protest against the rampant discrimination against transgenders in Karnataka.The ninth edition of Bengaluru’s pride march had an increase in participation, with about 3,000 participants. 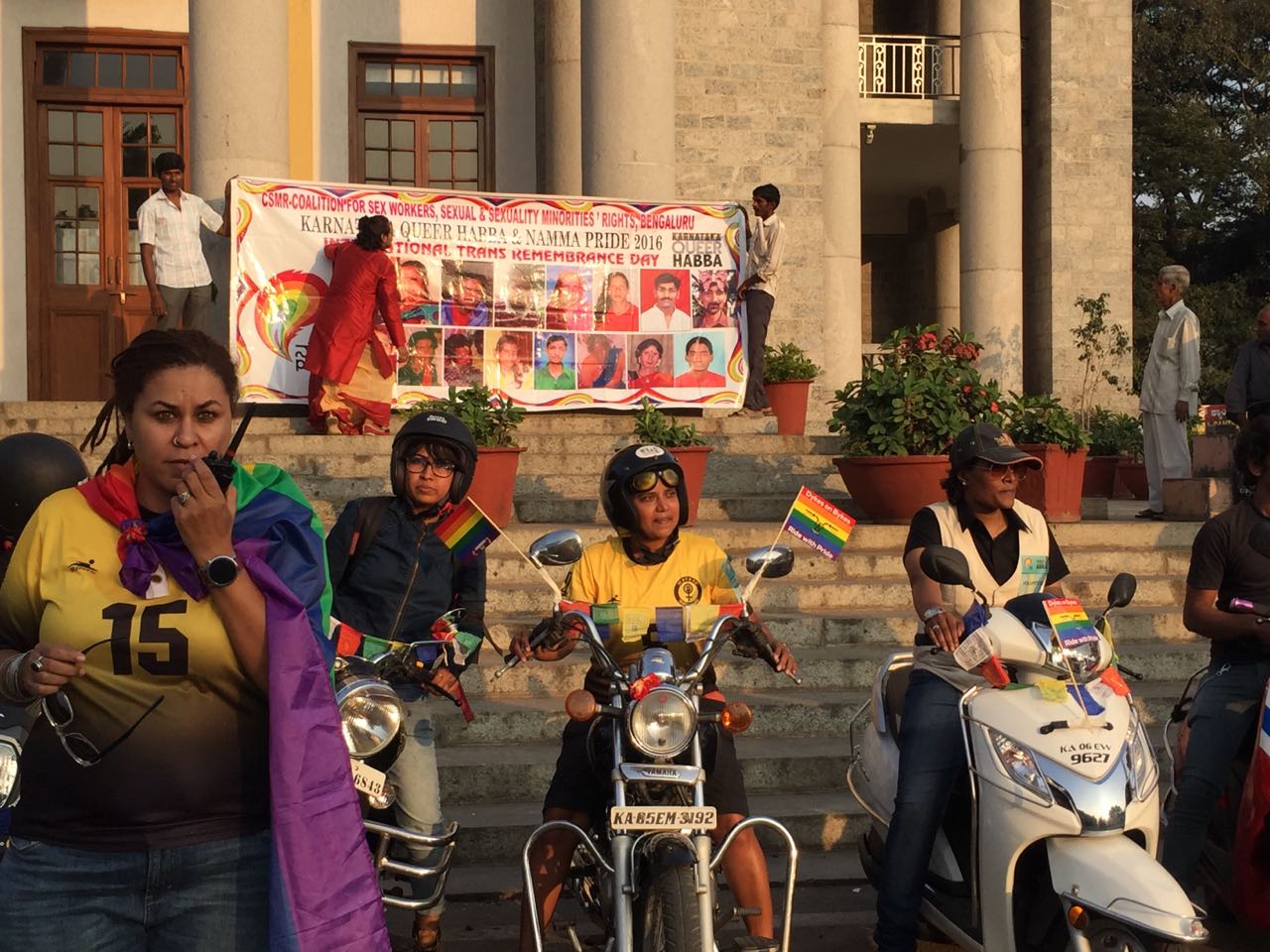 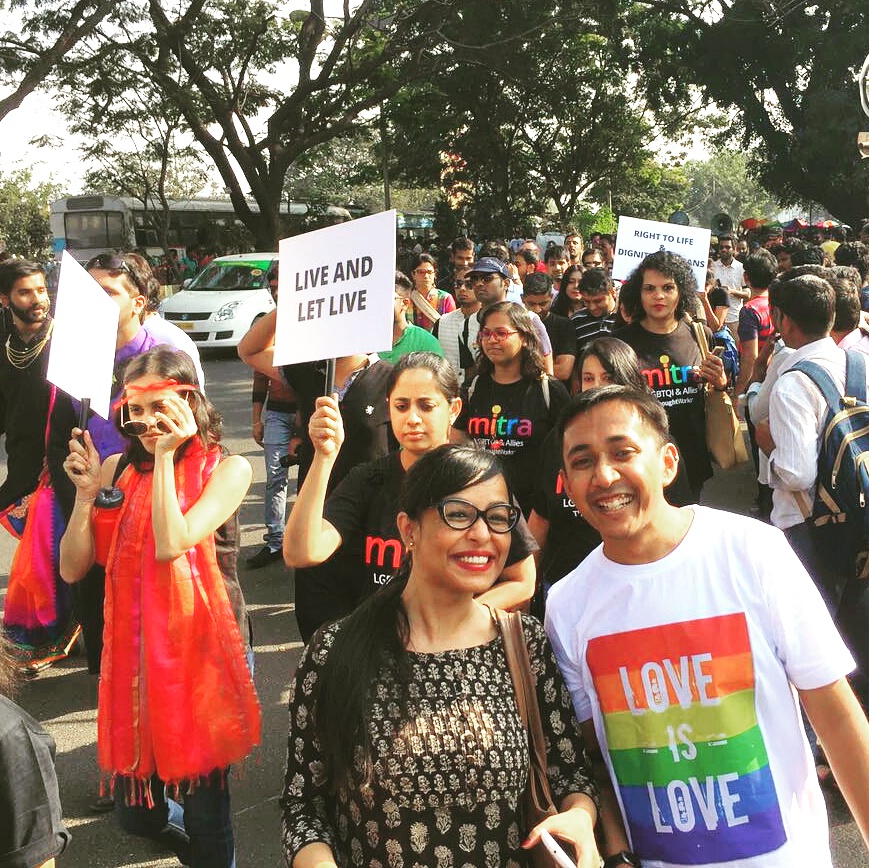 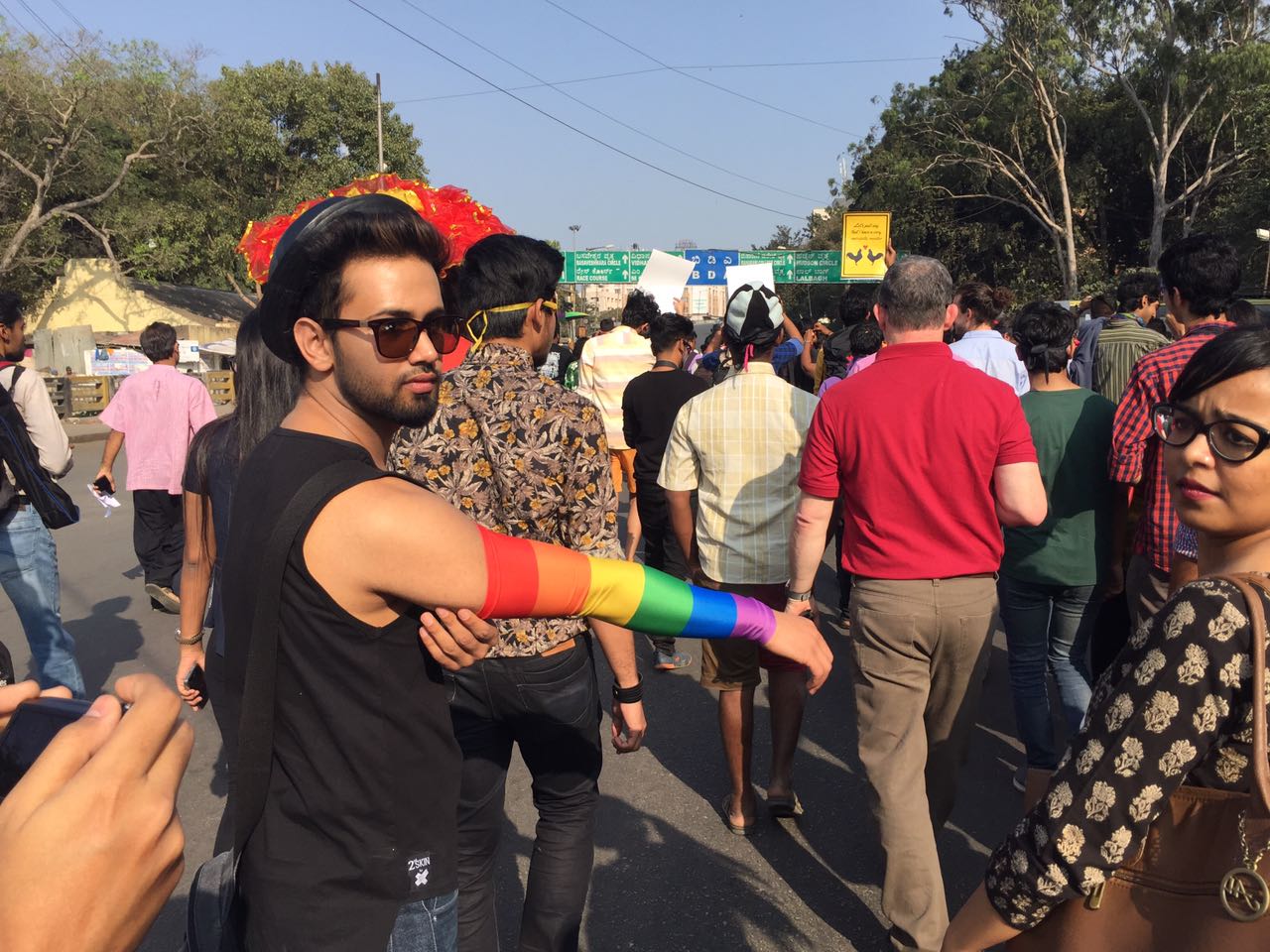 There were special vehicles to carry the disabled participants along with the marchers as the organisers adopted a disability-friendly approach this year.

Even though there were slogans and posters against Section 377, which renders homosexuality illegal, they were overpowered by other pressing issues currently faced by the community. The Karnataka police provided protection to the march

As the marchers reached the Town Hall through Freedom Park, a poster with pictures of faces from the transgender community who were lost was held to highlight crimes targetting the third gender.

A black coffin, which was carried throughout the march, decried transphobia as well as the lives lost in the turmoil in Kashmir earlier this year. The coffin was placed at the end of the march, as people lit candles and placed them around it in memory of Tara, and many other transgenders whose lives were lost. 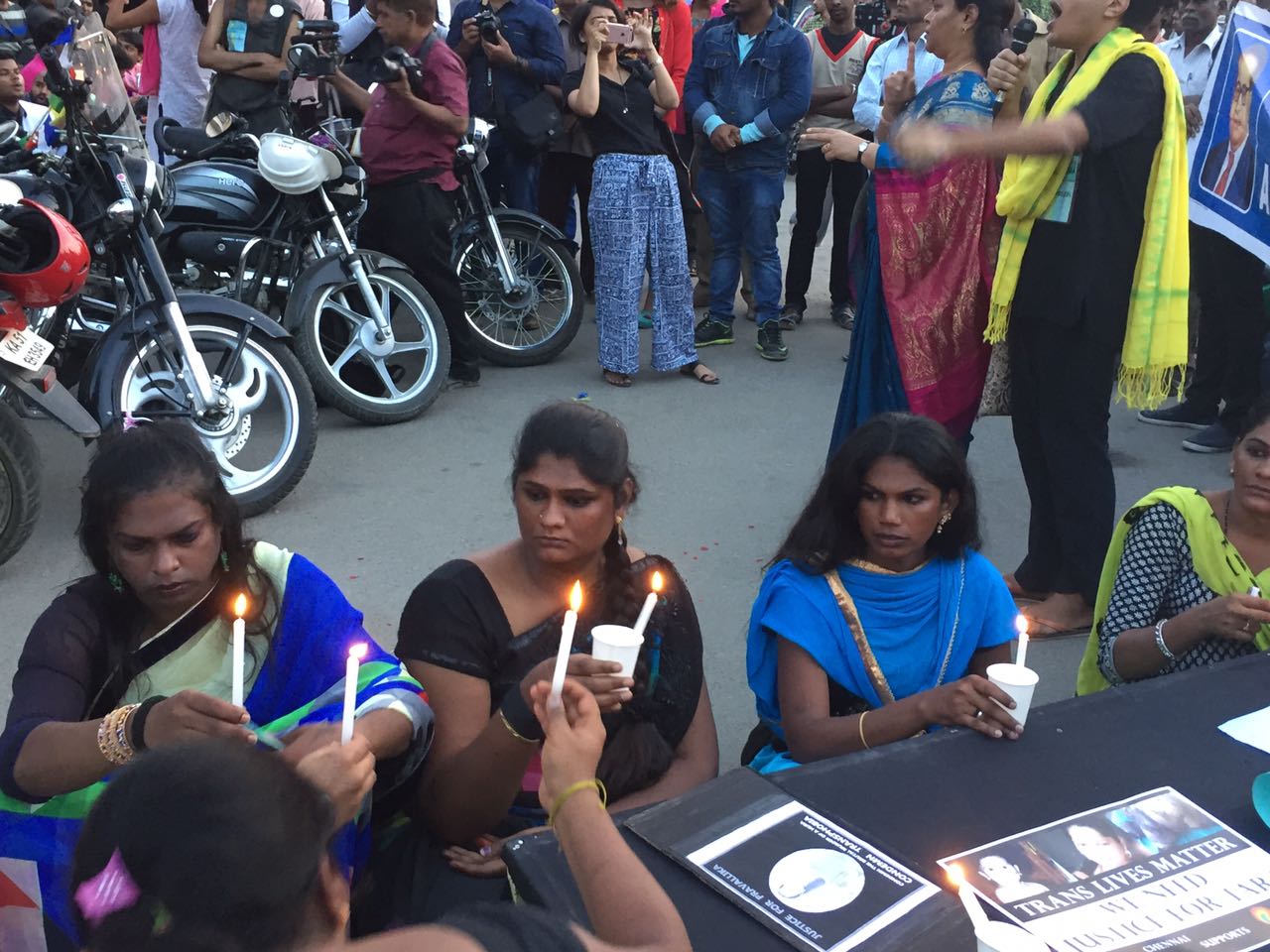