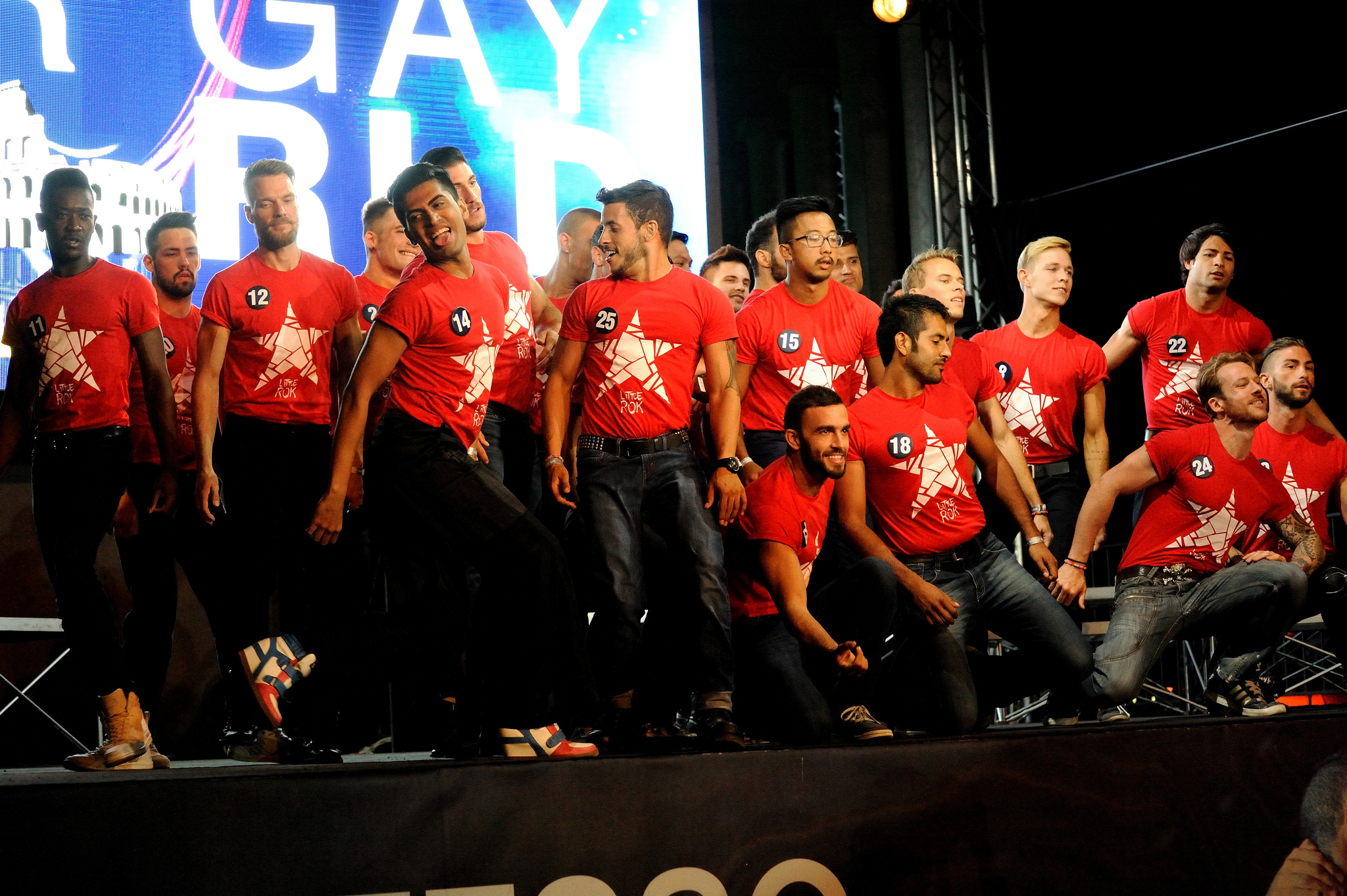 A picture of particiapnts at Mr Gay World 2014 (Photo: Beate A Tecza/MrGayWorld.com)

I was in my high school when for the first time I heard about Miss. India and Miss. World beauty contests and soon I got to know that there are other similar kind of contests for men. Hearing about such kind of programs, either from friends who fantasize being a contestant in them or from media which projects it as some great deal of progressive human act, always left me with not so comfortable thoughts. I was never keen to know anything about them. But one thing I was clear about was that for some reason they annoyed me.

After a long time now again these beauty contests made their way into my thoughts. But this time it’s slightly different, this time as Mr. Gay World, a similar kind of contest for gay men. From the last year when an Indian made his way into the finals for the second time, I have been hearing about it making a buzz both in the gay community as well as in the national media. As a fellow queer individual who desires for equal rights and equal space for queer people in the society, it is only natural that I should be quite happy seeing a new platform like this for gay people. But it really did not turn out to be so, and instead it brought back the same kind of discomfort which I had in my school days and adolescence on hearing about beauty contests.

This time I am neither the same young shy child nor am I in a similar kind of situation where I could ignore this and move on, hence I have decided to churn my discomfort and pen down the reasons for the same.

The thoughts that come to my mind are (in no particular order):

What is this or any kind of beauty contest about, except standardizing the idea of beauty, objectifying the body and defining what is desirable. From a long time, the mainstream women’s beauty contests have been doing this. What is gay community trying to project by enacting a similar kind of program?

For a moment I tried telling myself that activities like this are quite empowering to an already marginalized community like ours. A little questioning and the thoughts that followed made me feel otherwise;

I feel that acts like this are largely dis-empowering than anything else. A contest where most of it has got to do with your physical appearance which is largely dependent on genetics (of which one has no control) and on the privilege that shapes and makes such a physical appearance, what kind of empowerment would it give and to whom?

One could immediately bring in and say that this kind of programs are platforms and spaces that we are building to reach out to the world and express ourselves. Yet I still fail to understand the idea behind trying to build a similar kind of space that has been used by the so-called mainstream world for people of specific class and privilege and is exclusive to them. It is meant for that specific community and can be accessed by only them. As a community which already has a label of being elitist, classist and urban one, participation in contests like this only reinforces the same and doesn’t really help to change it.

These kinds of contests misguide the coming generations to think that being beautiful is an accomplishment and emphasizes that striving hard to be beautiful is one important task in life. It reinforces the existing stereotypical belief that an individual’s confidence, success and personality depend on body, physical beauty and how presentable it is (as per set standards) even in the gay community.

Contests like this might proclaim to be beneficial to the participants; which probably could be. But ultimately at a greater level it works at creating a destructive cultural framework which control and influence the bodies of people.

Having said all that, I am not asking gay men to renounce the materialistic world, become monks and not celebrate physical beauty. I am only asking not to define, confine and standardize what beauty means (both so-called inner and outer). If we can make a demand not to standardize everyone to be heterosexual, let us also apply it here. Lets us not standardize what body is desirable, what smile is good, what face is photogenic, what skin is more attractive, what is intelligence and finally who is the Mr. Gay world through contests like this.

It is mentioned a couple of times in Mr. Gay world website that this pageant is meant for a ‘very select and special group of people’, whereas I believe that, as a community which has an experience of history of discrimination and oppression, we work towards equal spaces rather than special and exclusive spaces.

This particular contest announces that its purpose is to ‘mentor in grooming gay leaders that will advance gay human rights.’ That indeed sounds amazing, but what leaves me confused is a couple of other statements in the website:

Apologies for my ignorance but honestly, I fail to understand the context of these two points in reference to being gay leaders working for gay human rights!! I could only see how subjective (looks, charm, outward beauty, body) these two statements are and how they represent a particular class (attire, grooming, charisma), and what is meant by natural leadership – I wonder how leadership could be natural/unnatural).

The organisers might say that it is not just a beauty contest, or going a step ahead, that it is not even a beauty contest and there is no maximum age limit for the contestants. But when I look through the participants of last few years it’s so evident how it is a space for a standard norm of body and beauty.

My attempt here is not to blame either the organizers or participants and their intentions but only to question the philosophy on which programs like this are founded and operated, knowingly and unknowingly. I strongly feel that the gay community (at least in India) needs to introspect about its affiliation and association with contests like this.