Police Busts Party In Mumbai On Suspicion of Drug Use, Fails To Recover Any Drug 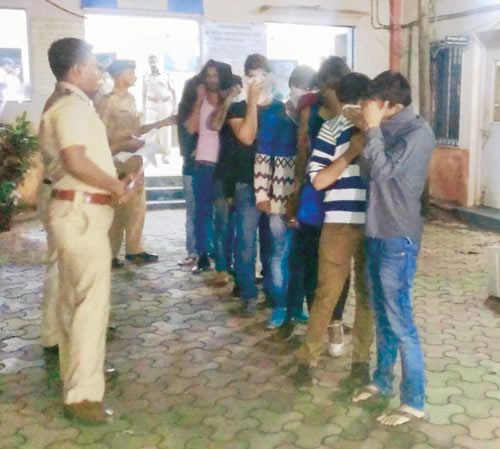 Police in Mumbai raided a party on Friday night on suspicion of drug use. The party was being held at Chez Moi pub at Oshiwara in Adheri West when police arrived at the venue around 1 pm along with TV camera crews and held 32 people, including 4 girls and 3 foreigners working in the US consulate. Media reports indicate that the police had received a phone call tipping them off that a drug deal was to take place at the venue.

Of the 32 people arrested, 10 people had not even consumed any alcohol and were let go after recording of their personal details. 16 others were fined under the Bombay Police Act for “indecent behavior and indulging in obscene activities “and their blood and urine samples taken. One man was arrested on the charges of consumption of marijuana, but was released on bail the next day. Despite a thorough search of the place and the guests, police failed to find any drugs.

While the police could not find any drugs, various TV news channels reported about the raid as “police busting a gay rave party”, showing clippings of police bundling the guests present in 3 police vans. Police claimed that the party’s organiser had not taken requisite permission for the party while the pub’s owner didn’t have any license. Media reports indicate that the call was a hoax and when the police tried to trace back the number from that had tipped them of the apparent drug deal, it was switched off and turned out to be a number registered in Delhi.