Kolkata Says No Going Back To Closet 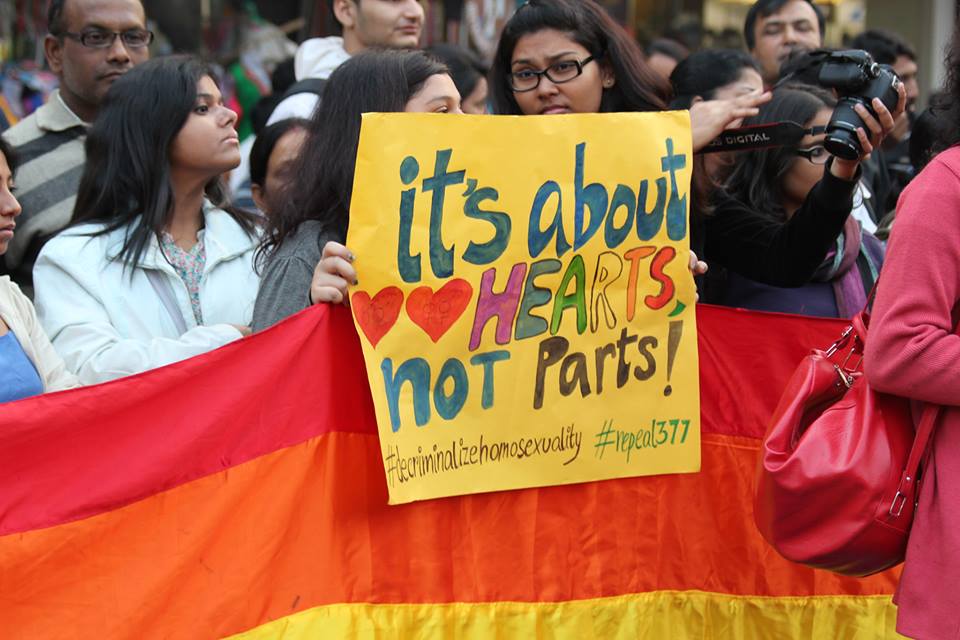 “No 377! No Going Back!” was the common hoot at Simpark Mall, Esplanade, in the heart Kolkata on Dec 15. More than 500 people had gathered to join the protest against the recent judgement of Supreme Court criminalizing consensual adult same-sex sexual relations in the country. The event witnessed protesters demanding immediate scrapping of Section 377 of Indian Penal Code. The crowd fumed out at the judgement, claiming the ruling not only violates basic human rights but also took India back to ‘Stone-Age.’

Avishek Guha Thakurta, one of the facilitators of the event said, “What pride couldn’t do, the Global Day of Rage did when hundreds of fresh faces came out without any masks to hide their identity and to demand equal rights for LGBT community!” He added, “Supreme Court shouldn’t have played so safe, darting the ball in Parliament’s lobby. Still, I am optimist enough to see Section-377 getting eradicated from India soon enough.”

The event was attended by several other activists and groups who extended their strongest support to the cause.Lesbian activist Rituparna Borah, Anand Grover of Lawyer’s Collective, Sappho For Equality’s Subhagata Ghosh along with trusts like The Civilian Welfare Foundation (CWF) and Prottoy were present as well. The protest continued for three hours, with several speakers voicing concerns against Supreme Court’s judgement. The protest ended with cultural performances and lighting candles.

There was outrage against BJP’s stand on this issue and many observers questioned the morality of the party. Avishek said, “We’ve had enough tweets and quotes from individual politicians but nothing has come up yet as a party standpoint.”

“This fire shouldn’t die down and such global events should continue to be on the queer calendar across the nation on the same day-same time like we had today.” said Souvik, a Kolkata Rainbow Pride Festival (KRPF) spokesperson. “Nothing good comes up without a strong fight, so we’re all up and not at all hopeless,” he added.

The organisers also thanked the city police for its assistance and support.