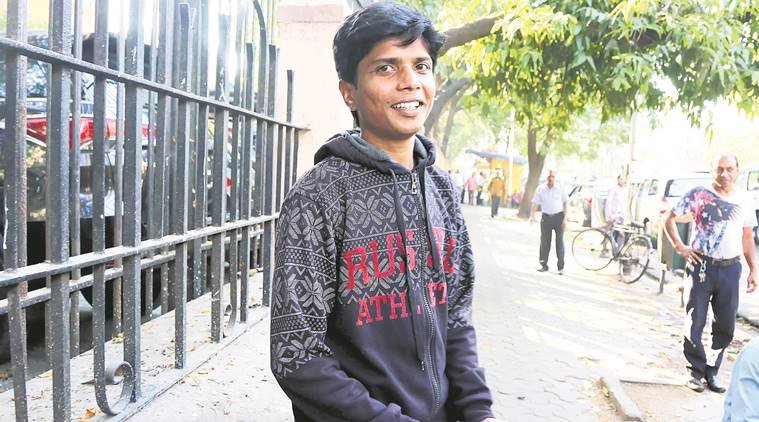 Considered to be the first of its kind case in the history of Maharashtra police department, the state government is ready to grant permission to a ‘female’ constable to take leave for sex change surgery.

29 year old constable Lalit Kumar Salve (as he is known now), attached to the Beed district police had recently sought permission from his seniors to undergo a Sex Reassignment Surgery (SRS) and was denied the same.

He has now approached the Bombay High court seeking its direction to the Director General of Police Maharashtra to grant him leave for the sex change surgery, the media reported on Thursday.

While the High Court is yet to hear the petition, Maharashtra Chief Minister Devendra Fadnavis has offered complete support to Salve and has requested the Home Department to consider the matter seriously and retain him as a male constable post the surgery. “Yes, I have requested Director General of Police (Satish Mathur) to consider her case favourably,” IANS quoted Devendra Fadnavis as saying.

Salve had written an application to senior police officials seeking permission to undergo a sex reassignment surgery in September. His plea, however, went unnoticed. It was only after the news of Salve’s request was carried in a section of the media that the Maharashtra Police pushed the matter to Beed’s Superintendent of Police (SP) to decide.

“While I won’t be divulging our decision, at this point, I can only confirm that we have communicated our decision to the SP and the same would be told to the applicant,” the Indian Express quoted Additional Director General of Police, (Establishments) Rajendra Singh as saying.

His application seeking permission was rejected by the Home Department on November 20 citing recruitment regulations and eligibility criteria for his leave within the department. On Wednesday, Fadnavis spoke to Satish Mathur about this matter, following which Salve moved the Bombay High Court regarding this issue on Thursday.

Salve joined the police department in 2009. Over the last five years, he had been noticing several hormonal changes in his body, when the matter worsened, he consulted a doctor in his hometown, who then suggested him to see a doctor in Mumbai.

Salve underwent medical tests in which it was found that the presence of Y chromosome was more. In 2016, he decided to seek advice on a sex change operation from surgeons at JJ Hospital in Mumbai. As per the petition filed by Salve’s lawyer Ejaz Naqvi, “The petitioner later undertook counselling sessions with psychiatrists at the state-run J J Hospital. The doctors found that she had gender dysphoria abnormality and advised her to undergo sex reassignment surgery if she was willing to and was of sound mind.”

The petition also states that Maharashtra Constable Recruitment Rules 2006 are violative of rights of the third gender with regard to life and opportunity for employment, and that “the sexual preferences of an individual is covered under the right to privacy, which is a fundamental right assured under right to life.”

According to Mumbai Mirror, Salve decided to seek an operation after his family pressurised him for marriage. “Earlier, they were pressuring me to get married. With some effort, I explained them how I felt and what was happening to my body. They understood,” he said. “I didn’t want to ruin anyone’s life by getting married in this physical and mental state. I decided I would meet doctors and opt for a sex reassignment surgery,” he added,

“The family stands by her decision to undergo the surgery. We want the government and the police to have a more humane approach and not only grant her leave but also allow her to retain the job post-surgery,” The Indian Express quoted Salve’s lawyer, Ejaz Naqvi as saying.

“I have been living in a woman’s body for nearly five years now, and it is getting tougher for me by the day to figure out life in the current state,” Lalit told Mid-day.

The case comes at the time when the Indian Navy discharged a transgender sailor who underwent SRS from service stating that rules permitted only men to be employed as sailors, and since she was now a woman, she was no longer eligible to serve in the Navy. Sabi, the sailor who was dismissed by the Navy, has challenged the decision in the Supreme Court.