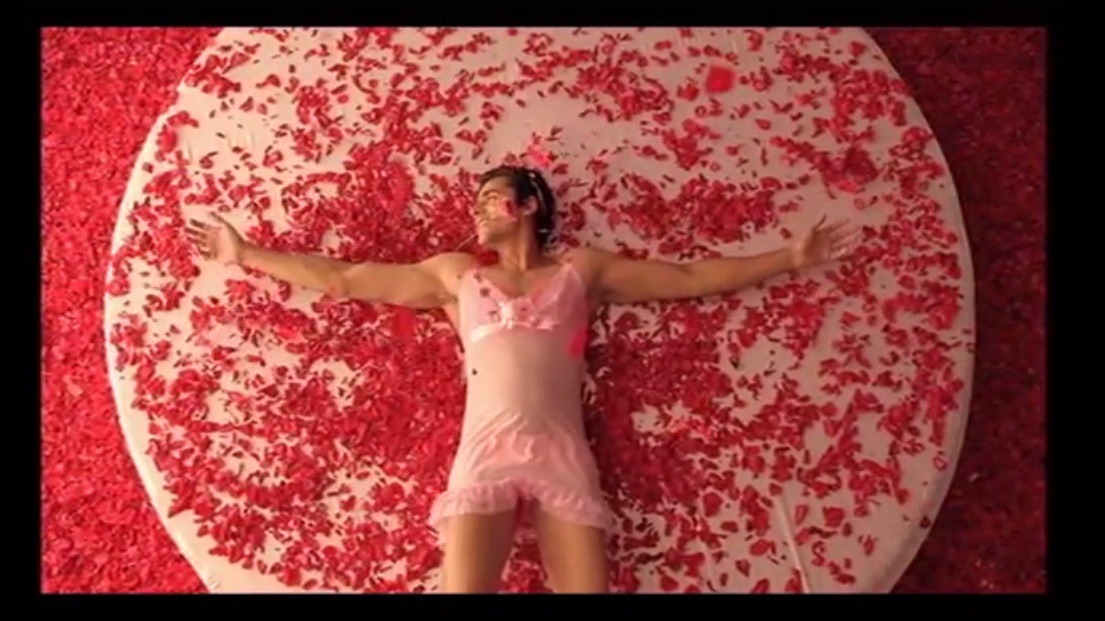 An ad for Wild Stone talc created sometime around January 2010 has resurfaced again on TV. The ad, which markets the men’s talcum powder manufactured by the company mocks the supposedly effeminate behaviour of men who use talcum powder designed for women.

The ad featuring a voiceover in a thick South Indian accent, starts with the lament ‘nowadays I see man look like woman’ (referring to a long haired man); ‘behave like woman’ (referring to the reaction of a man hurt by the cleaning implement while having a pedicure); ‘act like woman’ (referring to a man bursting into tears after being jilted by his girlfriend over a proposal or joyously expressing his happiness when the proposal is accepted) and comes to a conclusion that ‘if you smell like woman, you will become woman’ showing the main male model falling on the bed in lace lingerie and a female model laughing contemptuously at him. The ad concludes with the words of wisdom: ‘God already created woman. (So) this (effeminate man) wrong, (actual female model) right’.

The ad which as of March 2015 has a combined viewership of around seventy five thousand on YouTube, seems to have more people who liked the content as visible from the user comments, despite its condescending and patronising tone towards effeminate men and the absurd logic of having talcum powder turning men into women. The ad subtly propagates the stereotype of a man having to behave like an alpha male to establish his manliness.