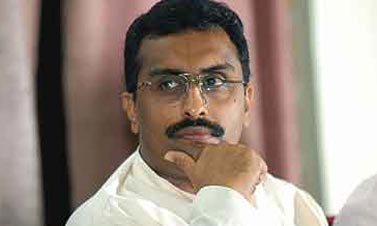 In a possible indication of the Rashtriya Svayamsevak Sangh, the volunteer Hindu nationalist group, softening its stand on contentious issues such as Section 377 of the Indian penal code that criminalizes consensual private adult same-sex behaviour, spokesperson Ram Madhav said in an interview to Business Standard that they were not averse to changing themselves to keep in pace with the times. Answering a question on the views of the RSS on Section 377, Mr. Madhav said, “While glorification of certain forms of social behaviour is not something we endorse, the penalising and criminalisation aspects need to be looked into. Whether to call homosexuality a crime and treat it as one in this day and age is questionable.” He added that he would wait and see what stand the new government takes on this issue.

The RSS has traditionally been very vocal against homosexuality and articles published in its mouthpiece have derided homosexuality as a decadent Western Import, while welcoming the Supreme Court judgement on 377. The possible shift in stance is interesting, since it comes on the throes of the BJP storming to power with a decisive majority. While the RSS has maintained that it will not play a role in influencing policy decisions of the government, the ideological closeness of the BJP and RSS could well have a significant bearing on decision making. The use of the term “in this day and age” is especially significant as it alludes to the LGBT rights discourse as a modern one. Also, the apparent distinction between glorification and penalization/criminalization also indicates the willingness to have a more nuanced view, something that the LGBT community has always called for.

The BJP had also come out holding homosexuality ‘unnatural’ after the Supreme Court verdict on December 11, 2013. While there have been odd voices of dissent within the BJP supporting LGBT rights, most BJP leaders who have not spoken out have chosen to be silent, including Prime Minister-designate Narendra Modi. With the RSS seeming to have eased its hitherto uncompromising stand and thrown the ball in the court of the new government, it would be interesting to see what stand the government takes on 377.