The Curious case of Normal/Abnormal, Natural/Unnatural 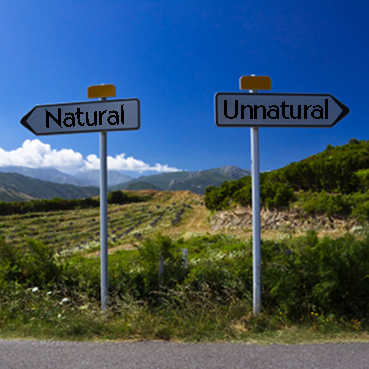 Using terms like unnatural or abnormal for alternate sexuality just shows our lack of understanding of things, writes Sukhdeep Singh

The debate on homosexuality has always centered around two things- unnatural and abnormal. The “unnatural” view point mostly deals with the religious views, while the “abnormality” remark hovers around medical science. When you reveal your sexuality to someone, it isn’t uncommon to hear, “You should get treated, it is a mental thing” or “It is a hormonal imbalance” and that “You are going against nature… the world wouldn’t exist otherwise” or “God made man and woman separate, you are going against His laws”. As I sat down trying to make a colleague understand that there is nothing unnatural or abnormal about homosexuality, I realized the very understanding of the term normal and natural seem to be unclear to people. I will try to address these two issues here.

First let us try and understand what the word “normal” and “abnormal” actually means in medical terms. As freedictionary.com puts it, being normal is being free from any infection or other form of disease or malformation, or from experimental therapy or manipulation; which essentially means that the person should be able to perform all basic activities freely, without any difficulties whatsoever. However, the word normal in daily English usage is often confused (and used as a replacement for) common, and therein lies the folly. When talking about homosexuality, we confuse between what is common and what is normal. Probably what a person often means to say is that it isn’t common, but due to his/her own ignorance, arrogance and lack of understanding of the subject, ends up using the word “normal” and makes it sound like a medical term. Without delving into the research papers and keeping things simple for a layman to understand, let me prove my point with a few examples from our daily life and make things more clear to you. I say “daily life” because just like sexuality, these things (rather biological characteristics) have been around us, some common, some not so common, but we never seem to use the word “normal”. We all know that there are 4 blood groups, A, B, AB and O, and these are further marked as Rh+ or Rh-. While the distribution of the blood group among the population varies from country to country, blood group AB- remains the rarest, with a global population of less than 0.5% having this blood group type. Still, when we meet such a person or hear his/her blood group, we don’t call him/her abnormal, or call ourselves normal. At the most, we will say, he has a rare blood group. We do not judge him/her based on his/her blood group, we do not question his/her abilities based on it, we do not discriminate against him/her and neither do we deny him/her any other rights whatsoever. Despite having an uncommon blood group, the person is perfectly normal in all ways because it doesn’t affect his/her ability to perform and live life in any way. We don’t call him/her diseased, or ask him/her to get his/her blood changed. Compare this with our attitude towards homosexuality. The percentage of any population that is homosexual lies between 5-10% (the numbers remain debatable, and optimistic estimations put it even higher), yet, we call them “abnormal”, at times “diseased”. Alternate sexuality also doesn’t hinder any person’s ability in any way, in fact, people with alternate sexuality have often been found to be extremely creative and talented as well. Yet, we are so quick at telling them that they are abnormal and should get treated. Same can be said about left-handed people. While a majority of us are right-handed, there are people who are left-handed, and they are perfectly normal as well.

Let me move a little away from such biological talk to stardom. That Hrithik Roshan has 6 fingers instead of 5 is not unknown to anyone. We also know that some people do have six fingers in either both or any one of the hands. This again is uncommon. Yet, such people are perfectly normal, there is nothing wrong with them. Just because most of us have 5 fingers, doesn’t make Hrithik Roshan (or others) abnormal in anyway. Six fingers might be rare; still, it is not an abnormality as it doesn’t affect our abilities. You do not express hate against such people, neither do you advocate killing such people. Yet, homosexual people, who are more “common” than six-fingered people, get killed for being different, have all the hatred spewed against them, are denied rights, and, are called abnormal.

I will next come to the argument of natural-unnatural. Here again, let me begin with our own understanding of what natural and unnatural actually means. Anything that is found in Nature (that includes Earth, and also Universe) is natural. I included Universe in the definition because had the term been restricted to Earth, it would have rendered Sun, Moon and the planets as unnatural!! I would also like you to revisit your school days for a short time. We were taught two classifications- natural and artificial (or man-made). Anything found in Nature was natural, and anything man-made, like the houses, cars, computers etc, artificial. Strange that nowhere the word “unnatural” was used, because even though man-made or artificial, nothing was unnatural, because it was all derived from nature. Yet strangely enough, when it comes to our own fellow human beings with alternate sexuality, we term them (or their sexuality) as unnatural. This despite the fact that homosexuality has been recorded in over 1500 species. Even if it would have existed in only one specie, the question to be asked here is, ‘Should we have called it unnatural?’ Clearly, something that occurs in nature cannot be unnatural. Still, not only is homosexuality found in so many species, homosexuals have been present in human race (and other species) for ages, and despite the best efforts of man in the gone by years (and in many countries) to eliminate homosexual humans, nature keeps bringing them to this world. So the question that again needs to be asked is, ‘How can you call something (or someone) unnatural when it exists and has existed in Nature itself for centuries?’ The one question in this natural-unnatural debate that keeps popping up is that the “natural” goal of any being in this world is to take ahead the specie/gene pool. It amazes me how narrow our own understanding of natural laws can be. It was probably for the same reason that homosexuals form a minority and not a majority!! Strange again that we are so concerned with the fact that someone might not procreate when the world population is already burgeoning. The world reached its present numbers even when people of alternate sexuality existed between them. It certainly didn’t eliminate the human race. Somehow, no such human concerned about the survival of “mankind” seems to give a thought about how the other 1500 or more species have survived and keep surviving. There have been research studies which show from an evolutionary point of view how and why homosexuality exists.

Clearly, it is our lack of understanding of (or knowledge about) the laws of nature that leads us to being so judgemental when someone is even a little different than us. To be frank, mankind doesn’t understand all laws or forces of nature. Our understanding has only increased over the years, yet it is not complete. There are questions that we still grapple with and are yet to find answers too. And it is after this understanding that now the scientific world and medical science is unanimous in telling that homosexuality is not a disease, neither unnatural nor abnormal. Our understanding of the topic is still not complete, we still grapple with the question as to why some men/women have alternate sexuality. More and more evidence and research now points to the fact that one’s sexuality is genetic and that people are born that way.

So next time you call a person of alternate sexuality as abnormal or unnatural, do keep these things in mind. If there is something that is unnatural in this world, then it is the vehicle you drive, the house you live in, the computer and mobile you can no longer live without, the dyed hair that you proudly show off. It is these things that are unnatural, not humans with alternate sexuality. Words can have powerful and deep impact on others, and you never know how your ignorance on the topic is affecting someone else. It is because of the careless, hurtful and hateful attitude and prejudices of ours that so many people in this world are living a difficult life, getting killed, committing suicide, living a life of fear and persecution. However, the fault isn’t with them, the fault remains with you!!