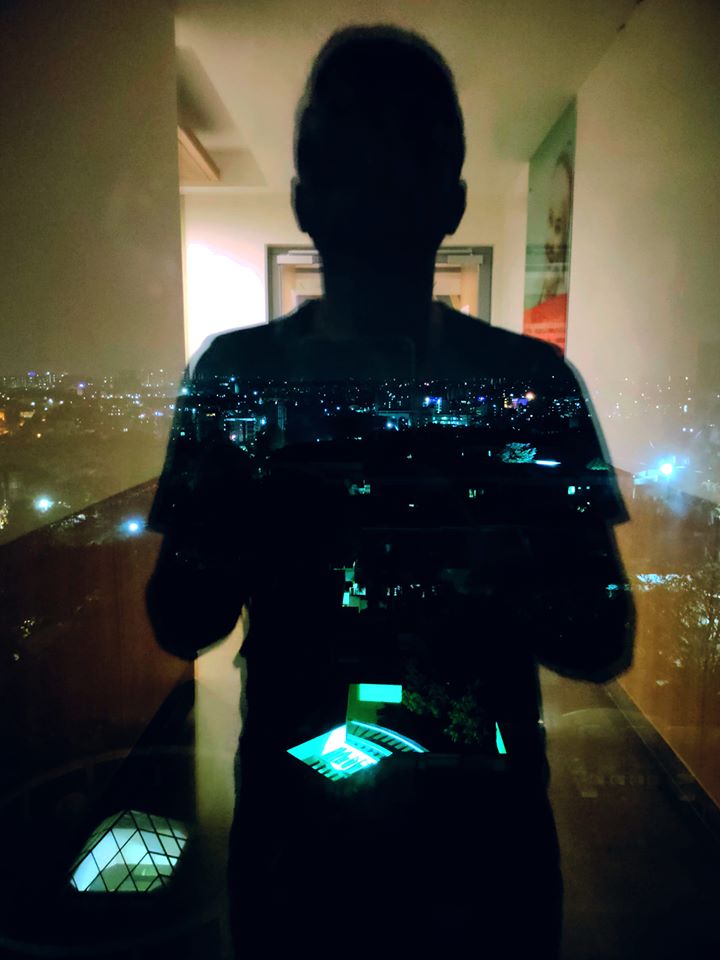 The story starts when I went for an all gay trip to Coorg (a famous hill station 300 kms away from Bengaluru). However I started chatting on WhatsApp and talking on phone way before the trip date. We met through Poorvik who organised the trip under his company Poo Trips and Travels.

His name is Syed Sufiyan aka Sufi. A wonderful human with a dark past and a bright future. His life has taken him through many twists and turns, from being used and abused, to being praised and appreciated.

The reason I am narrating his story is to tell our community about people who break down and try to end their life or are so pressurised that they see no end to their problems and rise up and live the life they want to on their own terms.

So here goes the roller coaster ride of Sufi’s life.

Born as a millennial in the winters of 1991 in Hassan, Karnataka into a Muslim family, Sufi grew up as a boy who was feminine and liked to play with dupatta and utensils, materials regarded as girlish in Indian society. Like any other feminine boy, he was mocked and bullied in his childhood, and even sexually abused by his own cousin brother. With no one trustworthy enough to speak to about the continuous assault, he kept suffering for two years until his cousin moved to the city. School life wasn’t too exciting either, as he went through the same forms of humiliation by his classmates and teachers (teachers were unaware about homosexuality then).

His father had a grocery shop and Sufi would have to sit in the shop during non-school hours. Due to his attraction towards men in his adolescence desired him to come closer to men who came to purchase grocery. In some instances, he was humiliated, harassed and teased by the men in the shop. He was perceived as bringing shame on his family members too.

Toxic relationship of his parents never led him to talk to them regarding the problems of his life.

During his college days, as adolescence peaked and so did his desire of men, he indulged himself by calling college boys on the phone, pretending to be a girl. Some got infatuated deeply with him, thinking of him as a girl, while others after knowing the reality shamed him in the public. Having studied for a year at the college and with monetary constraints at home, he dropped out. He had to toil hard for 3 years as a salesman on weekdays and a rag picker on weekend and night to make ends meet.

At the age of 21, he was being pressurised to marry. Unaware of his own sexuality and thinking that marriage would end his attraction towards men, he got engaged to his distant cousin with whom he shared a very comfortable and close bond since childhood.

At his younger sister’s marriage, three feminine gay men who were his best friends, were invited by him and that led to a lot of heated conversations amongst his relatives and his parents called Sufi a transgender. His engagement soon broke and rumours around his sexuality and gender identity ensured that no family was ready to marry their daughter to him.

A friend with whom he was romantically engaged had a divorcee sister. One day, he kept a proposal before Sufi to marry his sister. This would ensure their relation did not raise any eyebrows. But the marriage did not last long, as she cheated on Sufi and had extra-marital affairs, but not before a false dowry case was filed against him. All this led to rumours about his sexuality and potency. A local man even tried to rape him.

He was devastated after the incident but could not approach the police to file a complaint as IPC 377 was still in action, which criminalised him as a homosexual. He would wear sunglasses even if wasn’t sunny, put on earphones and walk as fast as possible to avoid any contact with people around him. He was severely depressed and tried to end his life a couple of times. This phase went on and the rumours died down with time and now Sufi was in his mid-twenties.

As the rumours subdued, and he regained his confidence, his parens again forced him to marry. In a decision (Sufi says that it was the final bad decision) to prove that he was not transgender and was sexually abled, he agreed to a marriage proposal. He got married and consummated the marriage, but this marriage failed too as his wife had a disease, which wasn’t revealed to him before marriage. With another divorce, rumours about his sexuality resurfaced.

Two divorces later, and with the IPC 377 gone, he finally came out as gay. He says, “The woman in me always wanted to come out and I let it free”.

To keep himself busy and to turn around his life, he started learning make up. Alongside his sales job, he got himself certified as a makeup artist. He is a known name in the LGBT community of Bengaluru now and does make up art for pride parades, LGBT events, marriages and other such occasions. He is currently awaiting his international certification and has specialised in prosthetic makeup and loves to play with colours.

A believer, Sufi has achieved a name for himself. Apart from being a makeup artist, he is a talented guy who performs dance, drama and is a good orator. He is a great inspiration too, and those who have met him can attest to how well he can inspire you to be you. He is full of energy, wits, humour and confidence. Time spent with him is never wasted as you learn a lot about your own self speaking to him.

Blessed with a great voice, he sings melodiously and can just turn on the mood for fun any time of the day.