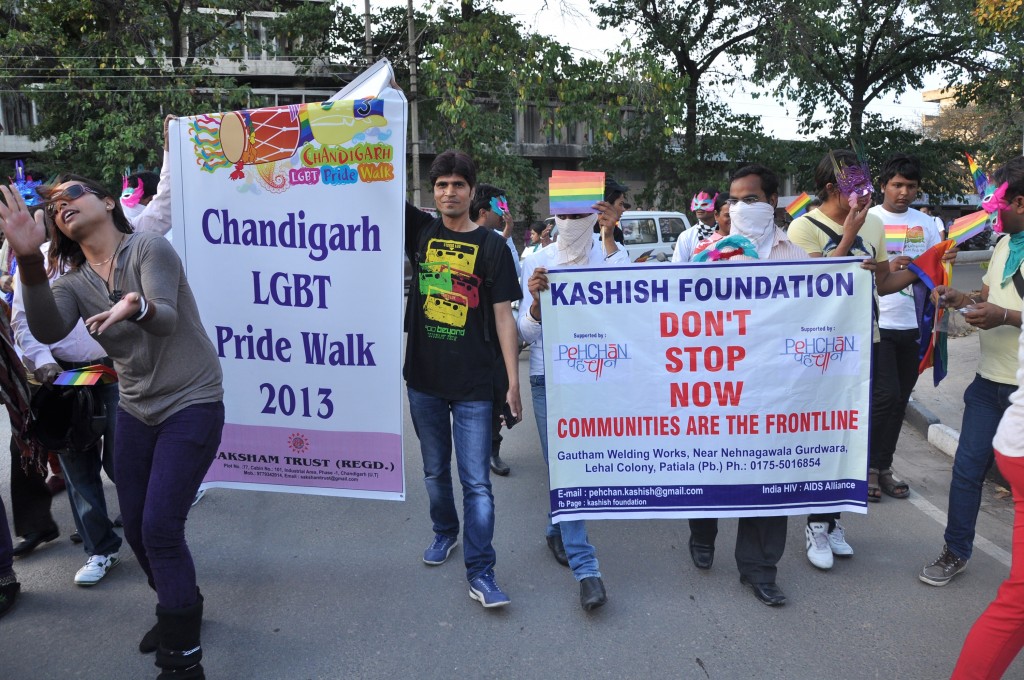 The LGBT Pride week celebrations of Chandigarh started from February 23rd and will culminate in the second annual LGBT Pride Walk on March 2nd this year. Organized by Saksham Trust and Campaign for Diversity and Inclusion, two LGBT rights advocacy groups in Chandigarh, the Pride week will see seminars, discussions, movie screenings and ‘kavi darbars’ in the run up to the Pride March.

The organizers have lined up a series of events as part of the celebrations. Confirmed events include a conversation on Gender & Sexuality at the Panjab University Department of Social Work on February 26th, followed by a ‘Qawwali and Kavi Darbar’ at Kinnar Temple, Bapudham on 27th. The next day would see a seminar on Gender Diversity and some fun and games events at the ICSSR Building of Panjab University. The Pride Walk on the 2nd of March would commence from the Panjab University Student Center at 11 am and end at Sector 17 Plaza. This would be followed by an after party in the night.

The first edition of the Pride Walk held in 2013 in Chandigarh witnessed around 100 people taking part, and the organizers expect a bigger turnout this year. Dhananjay Chauhan, the director of Saksham Trust, says that they have received a positive response from the society on the Pride Walk and the administration has been largely sympathetic. He says that he and his team members are working hard to allay fears amongst community members and well-wishers regarding the legitimacy of the Pride celebrations and also ensure the safety and security of the Pride Walk participants in light of the negative Supreme Court verdict on Section 377.

Bikram Kohli, from the Campaign for Diversity and Inclusion, says, “Chandigarh as a city has a population which is fairly accepting of the LGBT community and not homophobic, with a well-knit network of professionals committed to providing support to members facing harassment.” He adds that “the Pride Walk is ultimately a celebration of the queer identity, organized for and by the community to come together and be part of a larger group. In that, there isn’t any political message that the organizers wish to send out.”

While there isn’t a strong lobby for LGBT advocacy in Chandigarh as compared to some of the big metros in India, the organizers aim to send out a strong message for equality, non-discrimination and inclusiveness through the Pride Celebrations.