How the Church misinterpreted texts to Demonise Homosexuality 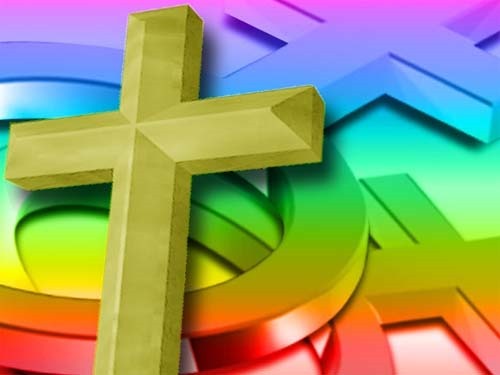 “You shall not lie with a male as with a woman;

it is an abomination.”

Christianity is the largest religion in the world with a following of almost a third of the world’s population. When such a religion openly condemns homosexuality then the effects are bound to be worldwide.

The Church for the past few centuries has been openly castigating homosexuals whether men or women, though men more strongly than women. But to be completely realistic, Christianity has not always been oppressive towards homosexuals.

As Boswell states in ‘Christianity, Social Tolerance and Homosexuality’, the nascent religion, which was growing in the shadow of the highly forward Roman and Greek culture, was very accepting. Rather, Christianity grew in an era when it was socially acceptable to have a relationship between an old and young man. Such a religion was bound to be accepting of homosexual relationships.

A lot many instances of the influence of the Roman and Greek ideologies for same-sex love and relationships are visible in the various renditions of the bible. Take the example of the passages 5-13 from Mathew 8. The passages describe the story of a Roman soldier who pleads Jesus to heal his servant. He tells Jesus that this servant is special to him and how he has a unique connection with this servant. Jesus, after hearing out the soldier, heals his beloved “servant”. It is common knowledge that roman soldiers were known to have gay lovers who they kept as their servants. These set of passages from Mathew 8 are just another instance of the time in which Christianity grew and how even Jesus himself never discriminated against homosexuals.

As Christianity evolved through the centuries, its intolerance towards minorities became stronger. This is something which was observed by Boswell himself. A direct impact of the changing views on minorities was seen on the homosexuals. Priests and archbishops started practicing selective morality to oppress minorities. This lead to the misinterpretation of multiple verses and passages.

Take the example of the story of Sodom and Gomorrah, the cities were supposedly destroyed when angels sent by God were ill-treated and forced by men from the two cities into homosexual acts. The point to note here is that nowhere in the Bible is it mentioned that the angels were men, and even if they were, then also it is a known fact that gang rape was a common form of brutal humiliation practiced during the ancient western world. Thus the story might actually have been one condemning rape and ill-hospitality and not homosexuality.

Misinterpretations of stories to promote anti-homosexual ideas was common throughout the 12th and 13th century. Further, stories where homosexual relationships were present were either suppressed or their interpretation was changed.  The story of Ruth’s and Naomi’s  relationship is one such example. Ruth is the wife of Naomi’s dead son and they are told as living together sharing a “unique” bond unlike any women relationship.  Clearly, hints of a lesbian relationships are shown but suppressed over multiple writings. Another instance is that of  David and Jonathan. The story of Jonathan and David is told by priests as that of a true friendship between two men, but unlike how the priests would like to perceive it, the way the story has been narrated  in the texts indicates nothing less then  a gay relationship. The story starts with Jonathan meeting with David and instantly becoming “one spirit with David” so much so that Jonathan gives David his sword, his bow and even his clothes; soon after David leaves his family to stay with Jonathan. Jonathan is known to protect David multiple times from the attacks of one King Saul. Eventually, Jonathan and David make a “covenant” before God that they will be together as “sworn friends” and their families would be together forever. One could say without a hunch that the agreement between Jonathan and David sound very similar to the vows of marriage and probably they were a parallel ritual to marriage. Interestingly, the ritual of adelphopoiesis is a Christian ceremony practiced to unite two people of the same-sex in church recognized “friendship”. 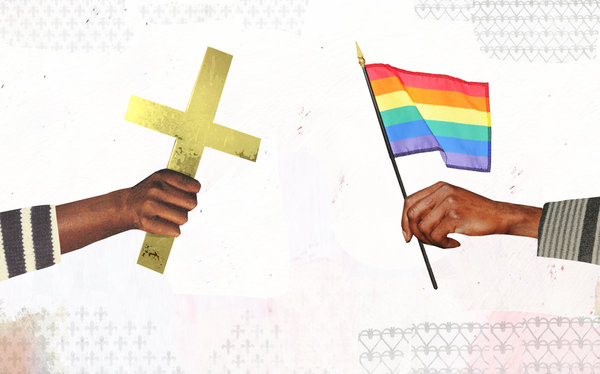 Other than misinterpreting verses and paragraphs of religious text to either create hate against homosexuals or suppress homosexual figures, the priests over the ages started selective interpretation, also called selective morality. Take the case of the most often quoted verse against homosexuality from the Leviticus, the one stated at the start of this essay. With such verses, discrimination, and at times even murdering of homosexuals for their “sins”, seem correct to those who practiced Christianity. The interesting thing to note here is that the very passage from Leviticus which calls homosexuality an abomination also calls wearing clothes made from linen and wool or eating shrimp an abomination too. Yet, the church prefers to ostracize homosexuals but not sea-food lovers.  This selective morality for minority oppression which is propagated by the church became the cause of all hate crimes against homosexuals in predominantly Christian societies.

The matter of fact is that this is not the first instance when the church has practiced selective morality for minority oppression. During the time of slavery in the eighteenth and nineteenth century, most Christian supporters of slavery justified their inhumane behavior towards the slaves by quoting ‘The Curse of the Ham from Genesis’. With the awakening of the civil rights movement all these ideologies and justifications were thrashed and since then has never been used.

With the advent of the same love movement, the time when church openly accepts homosexual relations isn’t far. Interestingly, few churches have already started to come around. A very good example is the United Church of Canada which is known for blessing gay and lesbian unions. The church, though slow, is still progressing and there is enough hope that in the forthcoming years that the church will open its arms to homosexual unions as well.

All in all, Christianity as a religion was never intolerant to homosexuals; rather it was accepting of them. It was only because of wrong interpretation of the text by a few individuals that over the years a highly tolerant religion became suppressive.  But, Christianity has time and again showed that it would amend its ideologies with the changing world around it as said subtly in the following lines

” Do not despise all Spirit-inspired messages.

Test all things; hold fast to what is good.”