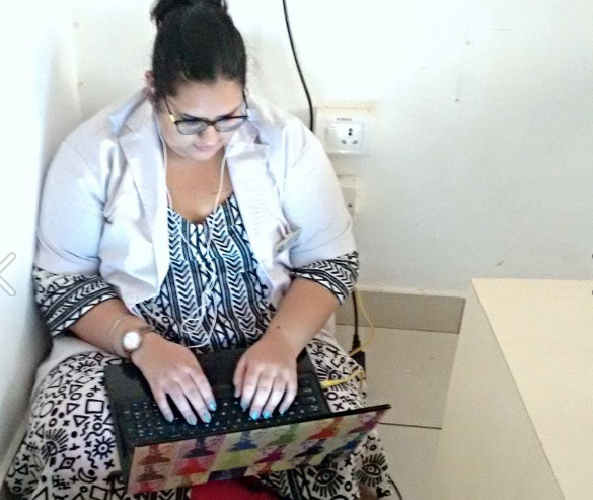 “One of my closest friends was disowned by his family for being gay. He tried to kill himself, and nearly succeeded. It was one of the most terrifying days of my life. I vowed then and there, that I will actively try to make as much of a difference as I can, and help everyone I am able to. So, my research focuses on the lives of non-heterosexual women in India. I’ve chosen the term non-heterosexual because it is all-inclusive, and wanted to do my best so as to not make someone feel alienated. I chose this topic because as I was reading scientific articles and publications and studies about homosexuality in India, and it was almost always focused on homosexual men. Homosexual women were just a mere footnote, a line under the “Areas for future research” domain. I thought it unfair. There is virtually no talk about the lives, difficulties, or positive factors. That is why I’m hoping to conduct a basic, exploratory research to get us at least a baseline for all the issues non-heterosexual women in India have faced. You might think that the issues are very obvious, but it is not so. Everyone have their own unique set of struggles, and their own ways of coping with them.

From a psychological point of view, there is very little awareness as to what would even constitute as a “sexual minority” in the general population. Most people cannot comprehend the fact that something like it even exists, let alone accept it – even to themselves. I think that’s because there is just so little knowledge out there about what human sexuality is. People think of sex only in terms of its procreative functionality, and anything that doesn’t serve that purpose is an ‘anomaly’. What little limited exposure they do have is from mainstream media, where gay characters are mere caricatures, usually put in for comic relief. They’re made fun of, most of the time. There are virtually no role models, no one to whom a person identifying (or at least trying to) as a sexual minority can look up to, and see that things can turn out alright, if they just stay true to themselves. That is why we need visibility, in my opinion – self acceptance. Acceptance from society is secondary, but if an individual denies, denigrates and detests what comes naturally to them and is innate, just because they don’t know that it’s okay to be that way, it can severely harm their mental peace and well being. In a society that’s always deriding us for the smallest, most superficial things, denying to ourselves such a crucial factor of our identity can have very detrimental effects.

I think visibility is very important and can be attained slowly, and systematically. We know that our long term goal is to reach a point where anyone identifying as a member of gender or sexual minority can do so openly, without any fear, and this will probably take a long, long time to happen in a nation like ours. To begin with, I think we need to address the stereotypes about gay men and women – the most widely known sexual minorities. This is a social change we’re talking about, and it’ll take it’s time and take place in a diffused manner. I think if each one of us just does our own little bit by talking about it, in a non-aggressive manner, visibility will increase. When we’re faced with hate, hating back will do us no good. Calmly stating our case and letting the person come to the realization that it is, in fact, just as natural to identify as non-heterosexual as it is to identify as heterosexual, and it is a decision to be made by the person, and the person alone.”