Is Your Date Trying To Fleece You? Signs To Look Out For

A guy sometime back posted in one of the Facebook support groups, seeking advice from people. He said that he had been chatting with a (married) man who was in UAE with his family and he recently told him how he was in dire need of cash as he had not been paid by his employer and was asking him for money. This man was in a dilemma whether to believe him or not. To all of us, it was pretty clear that the guy was trying to fleece him. People taking advantage of others and duping them is becoming increasingly common. Given that homosexuality and gay relations are still a tabboo in the society, most people, when they do get duped, are neither able to go to police and lodge a complaint, nor can they tell anyone else.

Here, I list down the modus operandi of such people, and the signs to look out for :

Asking About Your Salary

So you have been chatting with a guy, and then he asks you what you do, and the next thing you know he wants to know your salary. And even though you may want to avoid revealing it, he will be insistent. Soon his attitude towards you will change. He will drop hints that you should treat him at costly cafes or restaurants, tell you that you are being a miser by not opening up your purse, and will every now and then ask you, “So what will you gift me?” He will often tell you how he would have treated you at an expensive restaurant or given you an expensive gift had he been earning handsomely, trying to induce a sense of guilt in you. Beware of such men. They are nothing more than gold diggers.

The UAE man I mentioned above belongs to this category. You would have befriended these kind of guys online, and chatted with them for a significant amount of time. It is very likely that you wouldn’t have met them in real life. These men would have also asked you about your salary, or by now judged your economic capability. After some time they will drop hints that they are facing economic crunch, or are in need of a new phone or some other stuff. Most likely, they will say they haven’t received their salary this month, or that it will be a while before their salary gets credited. They will then ask you if you could lend them the money, and promise that they will return it back to you as soon as they get their salary. DO NOT fall for the trap. You would think that you have been chatting with the person for so long and you could trust the words. But remember, you don’t even know where he stays (or even if you do, he is most likely not from your city). If he was to stop picking your calls, or block you online, there is no way that you could reach him. So block your thoughts there itself! Sometimes you might have met the person in real life too, but mostly at some cafe or other location. And even though he is from your city, you still hardly know where he resides or works. So again, stop!! If he was to block you, there is no way you are ever getting that money back. In case you are dumb enough to have lent him the money, you probably would notice how he starts avoiding you when you start asking for money, and soon stops picking up your calls or responding to your messages.

Ok, I must admit, this is a peculiar kind. They don’t ask you money directly. Instead, they will ask you if you could recharge their phone. The denominations they seek are usually Rs 100 recharge. You would think it is a small amount, but then this isn’t a one time request. You would find yourself recharging their phones for small amounts like Rs 50, Rs 100, but by the end of the month you would have burnt a big hole in your pockets. 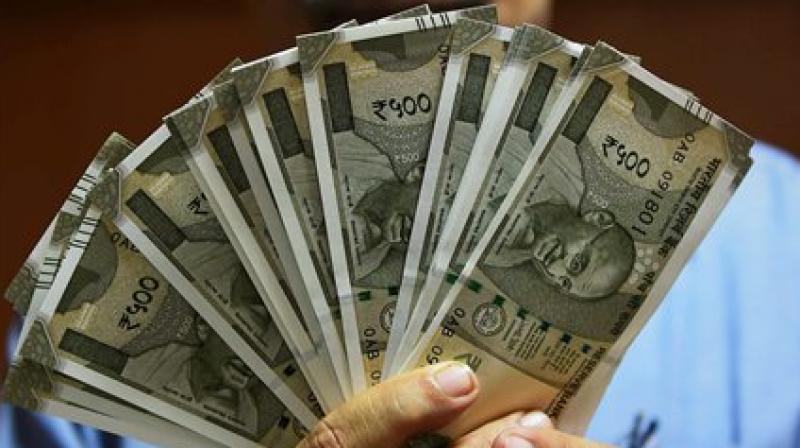 Well, I could have clubbed these types with the “Sob Story” Guys as well, but there is a fine line separating the two. While the Sob Story people are looking at larger sums of money (Around 10k or more), these people are content with small chunks of money, usually Rs 500 (or 1000). They too have a similar story of not having received salary, or so. But they do probably realise that it is harder to have someone give you 10k, and so are happy with whatever they can get out of you. Given that the amount that they requested is not huge, it is likely that you will pay them. Again, these requests would have come in the second or third chat (or meet) itself.

These are some of the kind of people that I have come across mostly. I was fleeced once by a man whom I had known for over a year. We were in a relationship as well for a short time, and good friends even after. He had to buy a new phone on EMIs online, and since he didn’t have a credit card (and not enough money in his bank account), he asked me if he could use my credit card for the transaction, and promised that he will pay the 6 EMIs. I had little reason to suspect anything. He paid the first two EMIs, but missed on the third one because his company had not paid him his salary, and the fourth one because there was an emergency at home. By the fifth one he had stopped taking my calls or responding to my messages. I was soon blocked on all platforms by him, and I ended up paying the EMIs myself. Since then, I have stopped giving any kind of monetary help to “gay friends” or people I get to know or meet online.

Have you been duped in any other way? Do let us all know