A Gay ‘Happily Ever After’

The Princes and the TreasurebyJeffrey A. Milesis a unique fairy tale

Ever heard a fairy tale which ends with a gay wedding? When you start reading The Princes and the Treasure, you wouldn’t suspect it. The book,written by Jeffrey A. Miles and illustrated by J.L. Phillips, begins with a princess being kidnapped and the king offering her hand in marriage to whoever brings her back. Gallant and Earnest, the two male leads set out on this task, but end up falling in love with each other. And when they declare their wish to marry each other, they’re allowed to. People are happy for them. Another pleasant surprise is that we learn the beautiful princess wasn’t waiting to be rescued at all. She merely staged her kidnapping because she didn’t want to marry any prince.

Homophobia is unnatural; hatred is learned behaviour. If such stories are read to children along with their regular heterosexual fairy tales, it will normalise homosexuality. “I was sitting in front of an amusement park castle watching the live-action show. There were four prince and princess couples singing and dancing to wonderful music. I recalled fondly that I had crushes on the handsome princes, who looked so dashing and strong. But then I frowned as I remembered how sad I felt as a child when I realized that the handsome prince only fell in love with the beautiful princess. I knew that I was never going to be a handsome prince because I was never going to fall in love with my own beautiful princess,” Jeffrey A. Miles, author of the book told The Advocate Magazine. This inspired him to write a book with an alternative ending. “Kids see that the story is about two people who fall in love and get married. All of the kids who have read the story don’t find it unusual that the two characters who get married happen to be two men. Kids seem to see that love can happen between two people regardless of the couple’s gender. I’ve been amazed by how easy that idea is for kids to understand and how hard that is for some adults to understand,” he says. 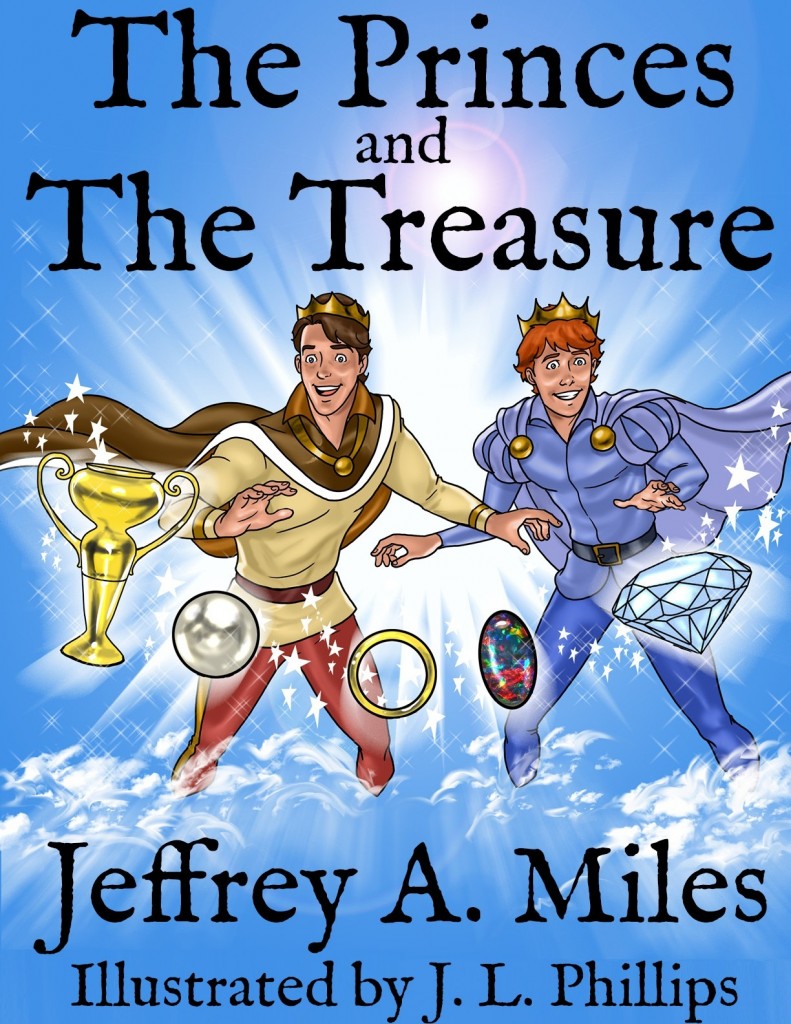 Cover of The Princes and The Treasure by Jeffrey A. Miles

The book is written in a simple language and supported by beautiful images that build the story together. “I wanted the book to have a timeless quality to it, so I went with a rich, colorful fairy tale style. I love the artwork of J.L. Phillips, so I had to have him create the illustrations. I emailed him my text for the story, and my descriptions of the characters, and he was happy to draw the illustrations. I love how the drawings turned out. They are so beautiful, and really bring the story to life.”

“I really wanted a story like this when I was a little boy. I knew that stories about princes falling in love with princesses didn’t apply to me and my life. I knew from a very early age that I was never going to marry a princess. So I wrote this story for children, but I also wrote it for anyone who wants to read a fairy tale story of two men who meet each other, go on an adventure, fall in love, get married, and live happily ever after with their handsome prince,” says Miles. To gay children, this can prove to be a boost to their confidence and teach them to accept themselves as they are. It could give them hope that there might be a happy ending waiting for them too. 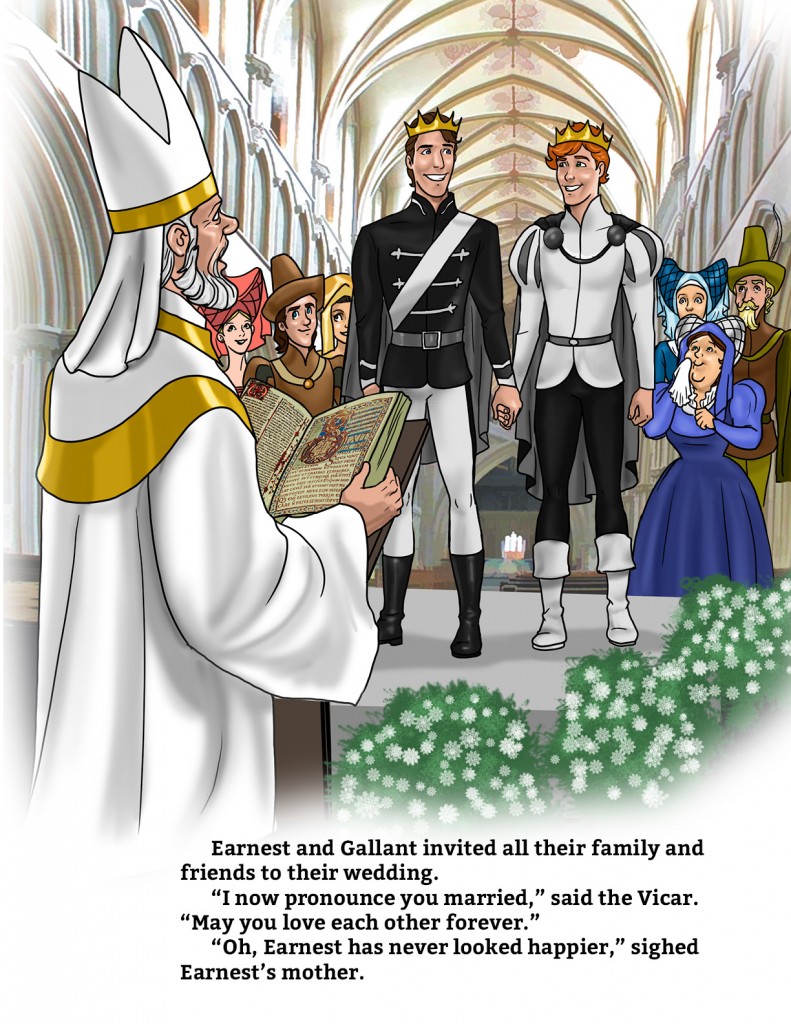 Along with acceptance of homosexuality, the book teaches other important lessons. Gallant and Earnest, the two heroes are quite opposite in character. Gallant is strong and brave, a classic hero. He tackles problems with his strength. Earnest, on the other hand, is intelligent and gentle. He reads a lot and is knowledgeable. He uses his wit to handle adverse situations. When the two overcome obstacles to get to the kidnapped princess, each uses their own strength according to the situation. They both compliment each other, and the plot makes it obvious that neither could have survived without the other. Both the characters admire each other’s qualities, and nowhere does the author glorify one over the other. The shy, intelligent man is just as much of a hero as the strong brave man.

Apart from being a lesson, this is also a conversation starter to introduce children to the concept of equality for gay couples. And for adults who need to open their minds a little.

The Princes and The Treasure is currently being sold in about 137 countries. You can purchase the book from Amazon. It is also available on Google Play Books and Apple iBooks.